Vaping could raise the risk of serious lung disease by almost a third, a study has found.

E-cigarette users are 29 per cent more likely to suffer from conditions such as emphysema, bronchitis and asthma than people who have never vaped or smoked tobacco, research suggests.

Scientists tracked more than 32,000 people over three years. Those who used e-cigarettes – which deliver a hit of nicotine without containing tobacco – were significantly more likely to go on to suffer respiratory disease.

People who vape (file image) as well as using tobacco are 3.3 times more likely to develop any serious lung condition, compared to just 2.5 for smokers, according to a study by the University of California, San Francisco

Professor Stanton Glantz, who led the study at the University of California, San Francisco, said: ‘What we found is that for e-cigarette users the odds of developing lung disease increased by about a third, even after controlling for their tobacco use and their clinical and demographic information. We concluded that e-cigarettes are harmful on their own and the effects are independent of smoking conventional tobacco.

‘This study contributes to the growing case that e-cigarettes have long-term adverse effects on health and are making the tobacco epidemic worse.’

Researchers looked at data for three sets of people in the US. These included those who had never used e-cigarettes, those who used to vape and a group of current users. 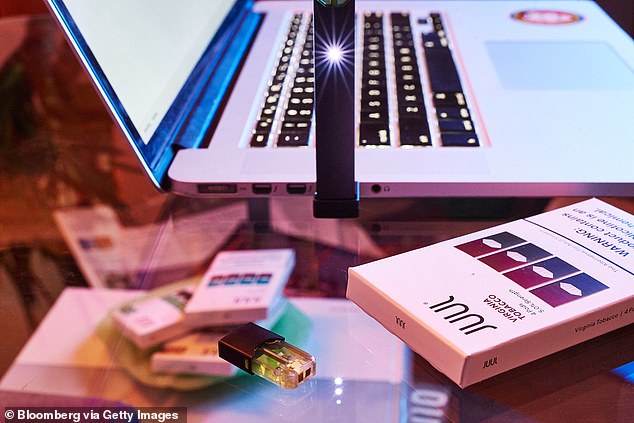 People were asked if they had ever been diagnosed with asthma, bronchitis, emphysema or chronic obstructive pulmonary disease (COPD) – an umbrella term for lung conditions which make breathing difficult. Former e-cigarette users had 31 per cent higher odds of developing these conditions, even when their tobacco use and medical problems including high blood pressure and diabetes were taken into account.

People who currently vaped had 29 per cent higher odds.

Tobacco users were around 2.5 times more likely to suffer serious lung diseases, but the risk was highest in those who both used tobacco and e-cigarettes.

These people were 3.3 times more likely to suffer any of the four lung conditions, according to the study published in the American Journal of Preventive Medicine. 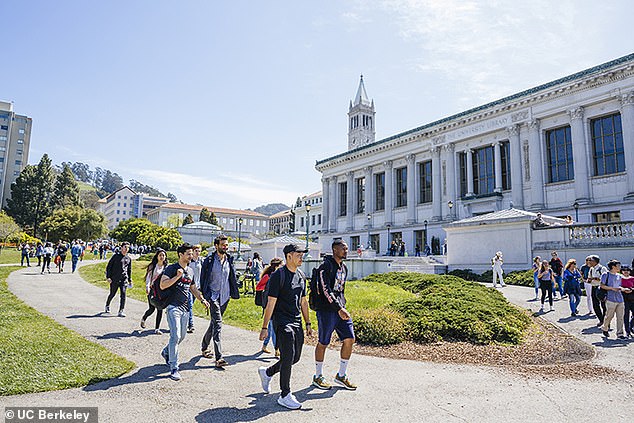 The study by the University of California (file image) has ‘contributed to the growing case that e-cigarettes have long-term adverse effects on health and are making the tobacco epidemic worse’, according to Professor Stanton Glantz, who led the research

The results are unrelated to an outbreak of vaping-related illness in the US, where 52 people have died and more than 2,400 have been treated in hospital with lung injury.

Concerns have been growing over e-cigarettes in the UK, particularly following the case of Ewan Fisher, 18, from Nottingham, who almost died from serious respiratory failure following an apparent immune reaction to e-cigarette liquid.

Animal experiments suggest the chemicals heated in the e-cigarettes may damage lung tissue. Last year a study led by Birmingham University found vaping triggers damaging inflammatory chemicals in the airways, which over time could lead to bronchitis and emphysema.

In 2016, a US study of more than 2,000 teenagers found those who vaped were 71 per cent more likely to get bronchitis than those who had never had a puff on an e-cigarette. However, many British experts maintain that e-cigarettes are a safer device for people who are trying to quit smoking.

Public Health England insists they are 95 per cent safer than conventional cigarettes.