The pontiff, 89, made the apparently pointed remarks in his annual Christmas address to cardinals, bishops and other members of the Curia, the central administration of the Vatican.

It comes after Marko Ivan Rupnik, 68, was accused by a former nun of using his ‘psycho-spiritual’ control over her some three decades ago to have sex, including group sex, and watch pornographic films.

At the time of the allegations, Rupnik, who is known in the church for his artwork, was a spiritual director of a convent in Slovenia and the former nun, now 58, has described how her complaints against the priest were ignored.

Marko Ivan Rupnik, 68,(pictured) was accused by a former nun of using his ‘psycho-spiritual’ control over her some three decades ago to have sex, including group sex, and watch pornographic films 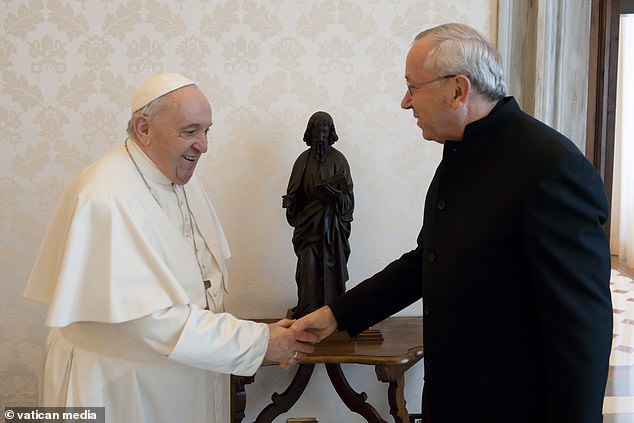 Rupnik, right, is now at the centre of a scandal that has engulfed the Jesuits, a Catholic order of priests and brothers, of which Pope Francis, left, is a member

He added that no one should ‘profit from his or her position and role in order to demean others’.

Although the pontiff did not refer specifically to Rupnik, the Jesuit order, of which the pope is a member, has been rattled by allegations against the high-profile priest. 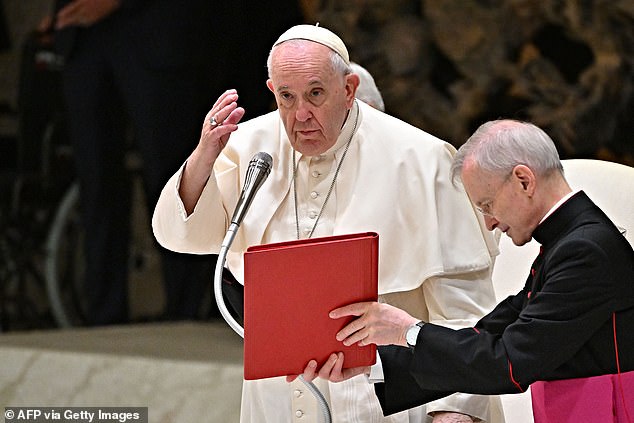 A former nun accused Rupnik of exercising ‘psycho-spiritual’ control over her.

She told the Italian investigative newspaper Domani on Sunday: ‘Father Marko started slowly and sweetly getting inside my psychological and spiritual world, exploiting my uncertainties and fragility and using my relationship with God to push me into sexual experiences with him.’

The nun claimed Rupnik had groomed her, had sex with her and bullied her into silence during her time in the Slovenian convent between 1987 and 1994.

He was said to have asked her and another nun to have intercourse with him, stating they would replicate the three-way relationship between God, Jesus and the Holy Spirit.

She also said she believed Rupnik had abused as many as 20 women.

Althugh she had made repeated efforts to turn him in, she came to face Jesuit and other superiors who routinely protected Rupnik at her expense. 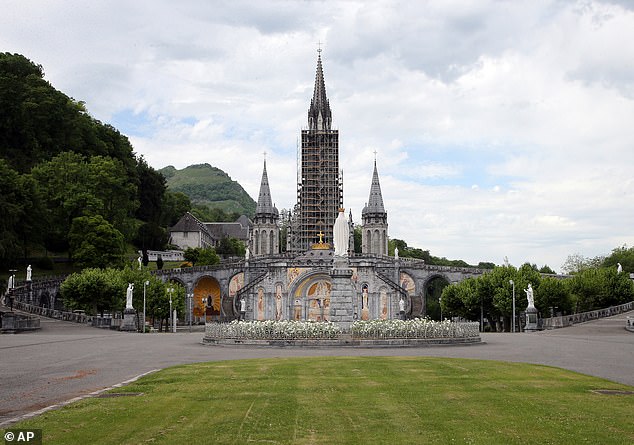 The closed Basilica of Lourdes is pictured May 8, 2020, in Lourdes, southwestern France. Mosiacs by Rev. Marko Ivan Rupnik decorate several churches and chapels, including the Lourdes basilica

‘It was truly an abuse of conscience,

‘He should have been stopped 30 years ago,’ the woman told Domani.

The Slovene bishops’ conference broke three weeks of silence with a statement in which the churchmen also voiced solidarity with the victims of the Rev. Marko Ivan Rupnik and urged anyone harmed by him or any other priest who abused his authority to come forward.

‘It is never the victims’ fault! We are on their side,’ the bishops said. ‘Any misuse of spiritual power and authority to carry out violence against subordinates is an unacceptable and despicable act.’

Under pressure from the media, the Jesuits acknowledged earlier this month that Rupnik was disciplined at least twice in recent years as alleged victims came forward but was quietly pardoned by the Vatican’s doctrinal office.

The Jesuits have effectively reopened the case, posting a letter on their website on Sunday asking anyone wishing to make new complaints or discuss existing ones to contact them.

The Slovenian priest is relatively unknown among rank-and-file Catholics but is well known in the hierarchy because he is one of the church’s most sought-after artists. His mosaics decorate chapels, churches and basilicas around the globe. 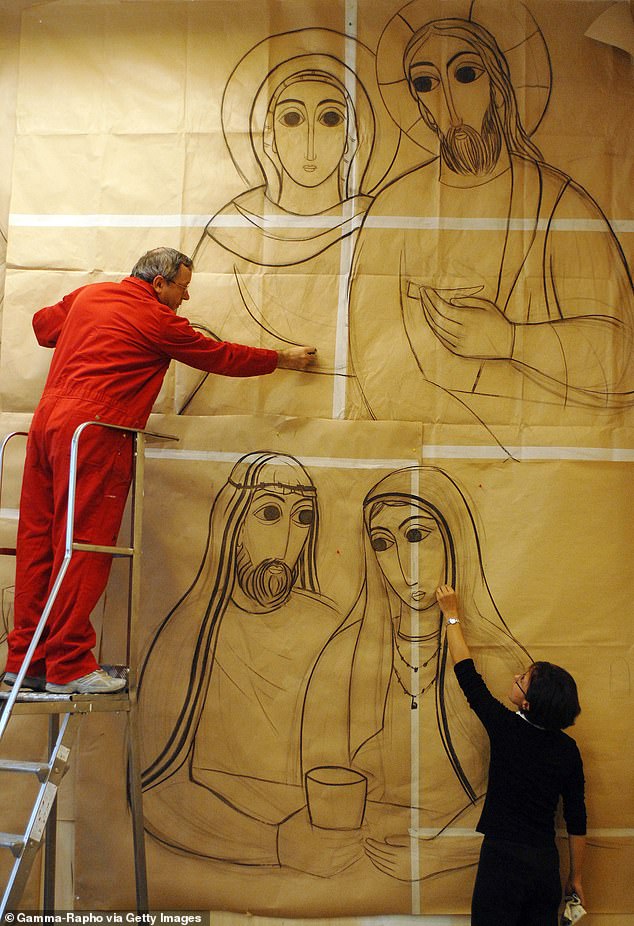 Rupnik (pictured on left), who is known in the church for his artwork, allegedly received preferential treatment given his talents as the nun’s complaints were previously ignored

The case has raised questions about whether Rupnik received preferential treatment given his artistic talents and status as a famous, sought-after Jesuit at a time when the pope’s order is in a position of influence at the Holy See.

Rupnik’s ministry had been restricted and that he was forbidden from hearing confessions, giving spiritual direction or leading spiritual exercises.

However, he is listed as scheduled to deliver spiritual exercises from February 13-17 at the Loreto Marian shrine on Italy’s Adriatic coast, according to the Loreto website.

On Sunday, Rupnik’s immediate superior, the Rev. Johan Verschueren, said he wanted to try to clarify some of the questions that have erupted about the case. In a statement, he appealed for anyone with old or new allegations to come forward.

‘My main concern in all of this is for those who have suffered, and I invite anyone who wishes to make a new complaint or who wants to discuss complaints already made to contact me,’ he said.

He said complaints would be accepted in English, French, Italian, Spanish, Dutch and German.