The Vatican has launched an extraordinary probe into an alleged lockdown sex party at a cathedral in northern England.

The Roman Catholic church is said to be examining the alleged incident as part of their inquiry into Robert Byrne’s resignation as the Bishop of Hexham and Newcastle in December.

The Archbishop of Liverpool, who is leading the investigation, has been asked to prepare ‘an in-depth report into the events leading up to Bishop Byrne’s resignation’, The Sunday Times reported.

There is no suggestion that Bishop Byrne was at the alleged party or was aware of it. 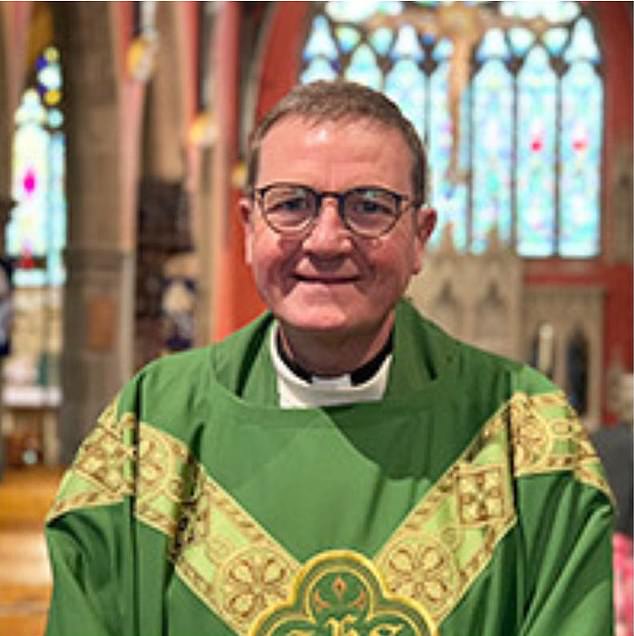 During lockdown, Father Michael McCoy (above), who was the dean at the time, allegedly asked several worshippers if they would like to attend a ‘sex party’

During lockdown, Father Michael McCoy, who was the dean at the time, allegedly asked several worshippers if they would like to attend a ‘sex party’ inside a property adjoining St Mary’s Cathedral, Newcastle.

‘A number of complaints were made by individuals within the diocese after information came to light about a sex party taking place in the priests’ living quarters attached to Newcastle cathedral,’ a source told the newspaper.

Another added: ‘The cathedral had become a laughing stock.’

A Hexham and Newcastle diocese spokesman said: ‘The review is now under way. Prior to Bishop Byrne’s resignation in mid-December, trustees were working with the Charity Commission, following their self-referral to that organisation.’

Canon McCoy, 57, was found dead at his apartment in Newcastle in April 2019.

He took his own life days after learning police were investigating him over a ‘historic allegation’.

Mr McCoy was visited by officers on April 6 and told that a historic allegation had been made against him, and that he would be invited for a voluntary interview at some stage. 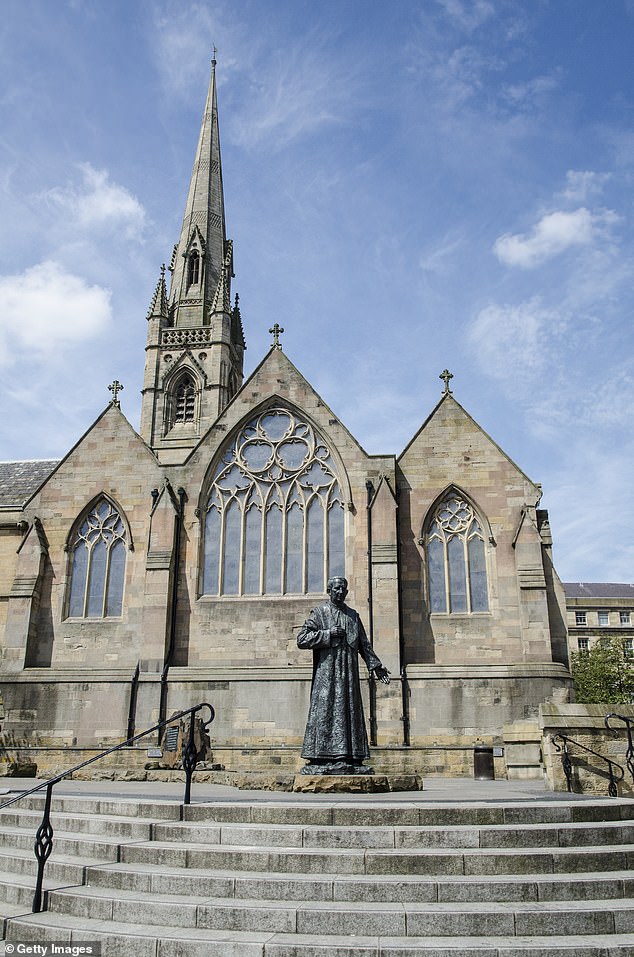 Pictured: The Cathedral Church of St Mary’s in Newcastle upon Tyne 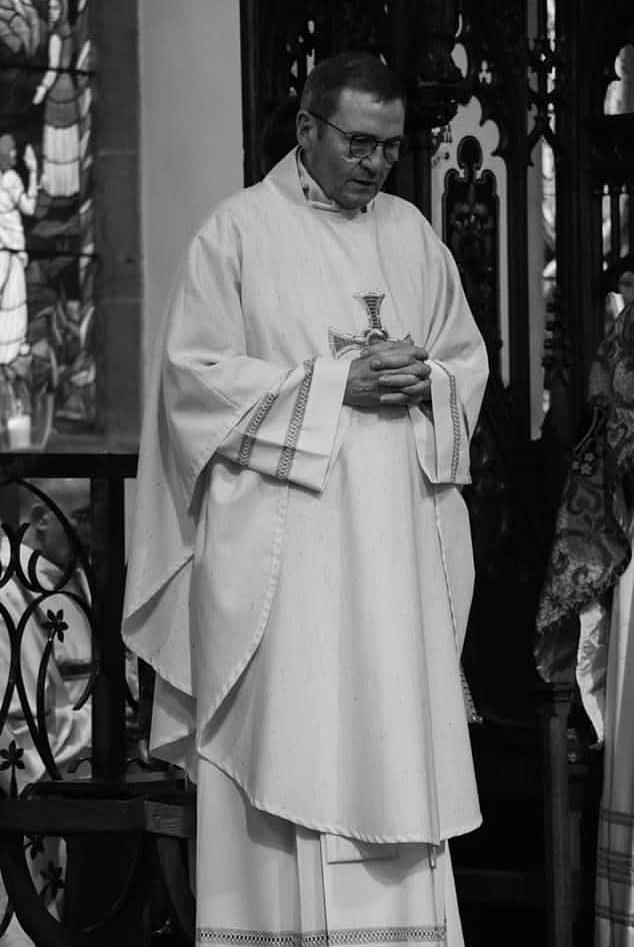 Canon McCoy, 57, was found dead at his apartment in Newcastle in April 2019

Detective Sergeant Julie Beattie, of Northumbria Police’s child and adult protection department, said Mr McCoy was ‘upset’ but said he would seek his own support from friends and colleagues, and no concerns were raised about his wellbeing.

Mr McCoy voluntarily withdrew from his ministry in the cathedral and moved into an Airbnb.

On April 10 a man attended Mr McCoy’s apartment ‘as part of the provision of support for him’ and became concerned when he did not get an answer.

The concierge service helped him gain access to the apartment, where Mr McCoy was found dead.

Mr McCoy had not left a note, and his mobile phone and tablet had been factory reset, and nothing could be retrieved from them.

A professional standards investigation by Northumbria Police after Mr McCoy’s death ‘found no concerns and no missed opportunities to safeguard him further’.

An investigation by the diocese also concluded there was nothing ‘that could or should have been done differently’ to prevent Mr McCoy’s death, and there were no concerns at the time that he was a risk to himself.