Vatican reveals it ousted its auditor general for ‘spying’

The Vatican has revealed the reason for the rapid departure of its auditor general after accusing him of hiring a firm to spy on the private lives of staff.

The revelation was made after Libero Milone broke three months of silence to declare he resigned under threat of arrest for what he said were trumped-up charges.

Milone said on Saturday that he was told on June 19 that Pope Francis had lost confidence in him.

The revelation was made after Libero Milone broke three months of silence to declare he resigned under threat of arrest for what he said were trumped-up charges. Pictured: St Peter’s Square in Vatican City

He said he was subsequently subject to an ‘aggressive’ interrogation by Vatican police, who seized material from his office and told him to resign or face arrest.

‘They wanted me to confess to something. I don’t know what, because I acted within the confines of the statute,’ he told Sky TG24 and other media.

In a statement, the Vatican admitted that Libero Milone resigned in June after Vatican investigators determined his office had ‘illegally hired an outside company to conduct investigations into the private lives of Holy See personnel.’

The Vatican said Milone had exceeded his mandate, freely tendered his resignation and was treated with full respect by investigators.

It said it was ‘surprised and saddened’ that Milone had violated the terms of his departure, which had called for confidentiality.

Milone’s resignation had raised eyebrows because he was only two years into a five-year term, and had been seen as a key part of Francis’ efforts to reform the Vatican’s finances. 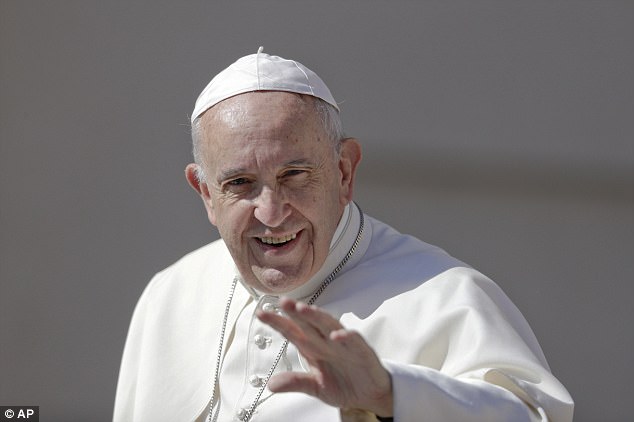 Along with Cardinal George Pell, he was tasked with overseeing the Holy See’s budgets and making sense of the finances of the Vatican’s various departments.

Pell recently returned to his native Australia to face trial on historic sex abuse allegations, which he denies.

His secretariat for the economy, which includes Milone’s office, is being run by underlings for now. Milone said he didn’t exclude a connection between his removal and Pell’s departure, suggesting that the Vatican’s ‘old guard’ was trying to stymie their reforms.