Wesley Omar, 23, was sentenced him to a 12-month community order with 100 hours of unpaid work

An animal activist has avoided jail after he stole a pig from a farm and brazenly filmed himself as he played Elvis music to the hog while it was sitting in the footwell of his car.

Wesley Omar, 23, was sentenced to a 12-month community order with 100 hours of unpaid work when the farmer pressed charges after seeing the video on YouTube.

Omar also lost his investment-broking job as a result.

He pleaded guilty to theft of the three-month-old pig in July last year.

Speaking after the hearing, Omar said he made the film to encourage people to question the need for eating meat.

He chose Belmont Farm, in Pickwell, near Melton in Leicestershire because it was local and he wanted to see how they operated.

The pig he stole is now named Wilbur and is happily living at an animal sanctuary.

A subsequent video clip of Omar visiting Wilbur at his new home went viral after American musician, and vegan activist, Moby shared it.

The farmer has now spent thousands of pounds upgrading security on the premises.

The video, shown to the court, begins with Omar saying he wants to ‘check out how brilliant their meat is’ and invites viewers to ‘take a look for yourselves.’

He claimed the pigs were in filthy and cramped conditions with ‘nothing to burrow in’ and just ‘a little chain to play with.’

Omar can be heard repeatedly apologising to the animals for their plight and describing them as ‘intelligent’ and ‘innocent’ beings.

He told the camera: ‘It’s so heart-breaking to see individuals in these sort of conditions.’

He also recited a poem about animal suffering.

Omar, a former meat-eater who turned vegan three years ago, is seen in the footage taking the pig across fields to his car and driving away with it, whilst playing Elvis Presley’s I Just Can’t Help Believing on the radio. 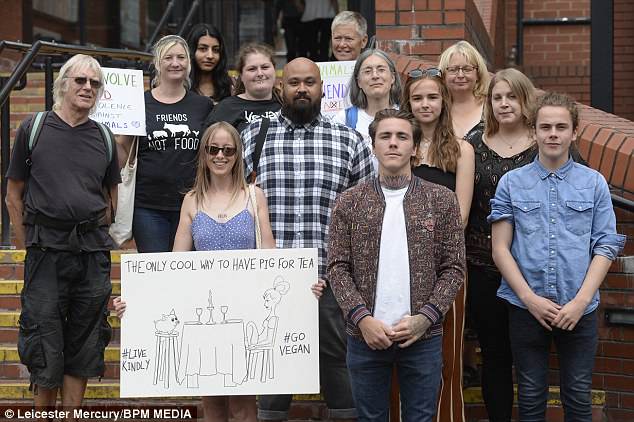 Outside court, Omar who was accompanied by friends and fellow activists, said: ‘The pig I took was grunting a bit in the car and needed calming down, so I put the radio on and it seemed to work.

‘I wasn’t planning to steal him, it just happened at the last minute and I took the nearest pig – I couldn’t take them all.

‘I know I broke the law, which was wrong, but at least I saved a life.

‘I rang someone I knew at a sanctuary and took the pig straight there – I didn’t take it home, my mother would have had a fit.’ 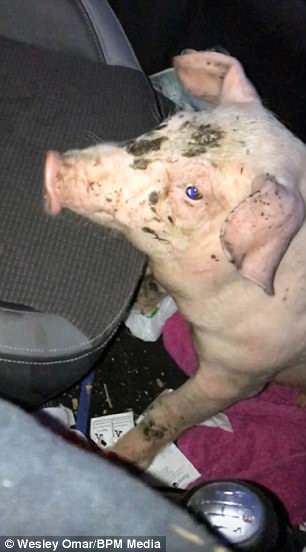 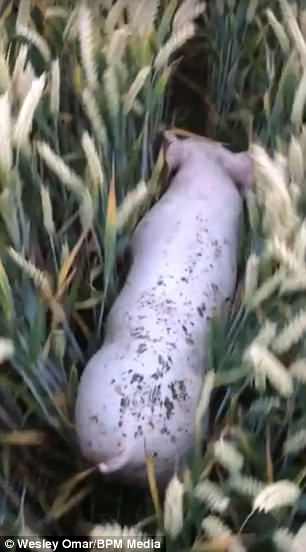 Judge Nicholas Dean QC said: ‘I accept you were doing it for a cause you believe in, but to act unlawfully for a cause is a criminal offence.

‘You may feel you achieved something by the video being aired in this court and the publicity.’ 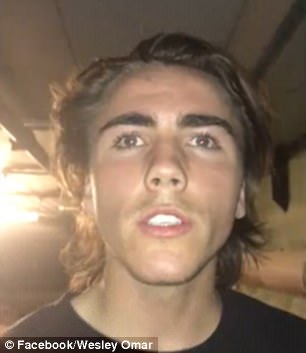 Pictured: Wesley Omar, 23, before he freed the piggy

The judge said Omar was entitled to express his beliefs but not through criminal activity, which interfered with the rights of the farmer, who had incurred loss through the £6,000 cost of upgrading security.

He told Omar: ‘Your acts were extremely childish.’

‘The pig is at a sanctuary and will live its life fully.

‘It can’t be taken back as there’s a potential risk of contamination.

‘He lost his job as an investment broker.

‘He now plans to study psychology at the University of Derby.

‘He doesn’t intend to do anything like this again and intends to focus on his studies.’