A vegan activist who clashed with a dairy farmer on his property has no regrets about their ugly confrontation, despite being inundated with hundreds of deaths threats.

Animal activist James Warden has sparked online outrage since dramatic footage of farmer Jason Parravicini confronting him and a fellow activist outside his Harvey property in southwest Western Australia before firing a shotgun in the air went viral last week.

Mr Warden says he has since received 650 abusive messages from farmers and truck drivers including threats to his life.

Animal activist James Warden (pictured) says he stands by his actions, despite being inundated with death threats after footage of a clash with a dairy farmer last week went viral

But it’s a risk the Direct Action Everywhere member is willing to take to protect cows and has called for farming practices to be improved.

‘I’m not OK with the animals being hated…if there’s a subsequent effect of me being neglected and me being threatened, that’s an acceptable risk for myself,’ Mr Warden told Nine News.

Mr Warden has since taken to social media to challenge the farming community to a debate.

‘Who of the animal agriculture community is willing to communicate in an uncensored impartially moderated debate in relation to animal ethics?,’ he posted on Facebook.

Despite the barrage of abuse, Mr Warden says he’s also received a huge amount of support for the animals.

‘These industries need to be known not for their so called ‘products’ though by the actions of tearing families apart and killing innocent sentient beings. It’s time for change,’ he posted. 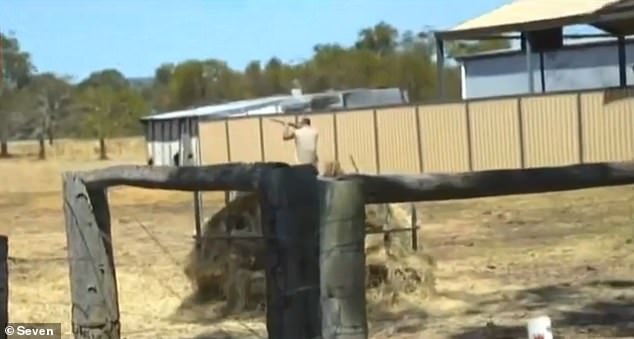 Mr Parravicini can be seen approaching Mr Warden and his colleague, who were parked outside the property.

The farmer repeatedly asked the pair to stop taking photos of his cattle and to leave his property, but the activists refused to budge and continued to film him.

‘Take the camera out of my face,’ Mr Parravicini said, while pointing his finger toward Mr Warden’s colleague, who was recording the conversation.

He told the pair he understood if people didn’t want to eat meat, but said he is a primary producer. 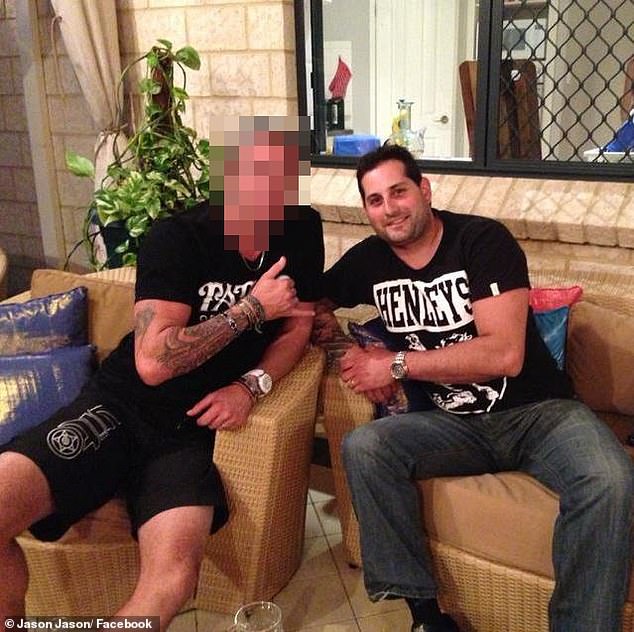 The dramatic footage shows farmer Jason Parravicini (right) approaching James Warden and a fellow activist, who were parked outside the property

‘We’re feeding most of the world and a lot of people don’t complain, it’s only guys like you – so I suggest you move on,’ he said.

Not willing to back down, the activists continued to film the farmer, who then gave the pair a fiery ultimatum.

‘I’ll give her one minute to get rid of that (camera) or I’ll remove it from you,’ Mr Parravicini said, before he yelled out ‘call the cops’ to someone else nearby.

‘This is ridiculous, move on mate,’ he said.

The farmer then tried to grab Mr Warden’s car keys from the ignition, resulting in punches being thrown between the pair through the open car window.

‘Get the f*** out of my place,’ Mr Parravicini screamed at the activists.

‘You two, out! You are tormenting Harvey. Get the hell out of it.’

Mr Warden told 7News the farmer eventually went inside his house before emerging a short time later with a shotgun and firing two shots into the air. 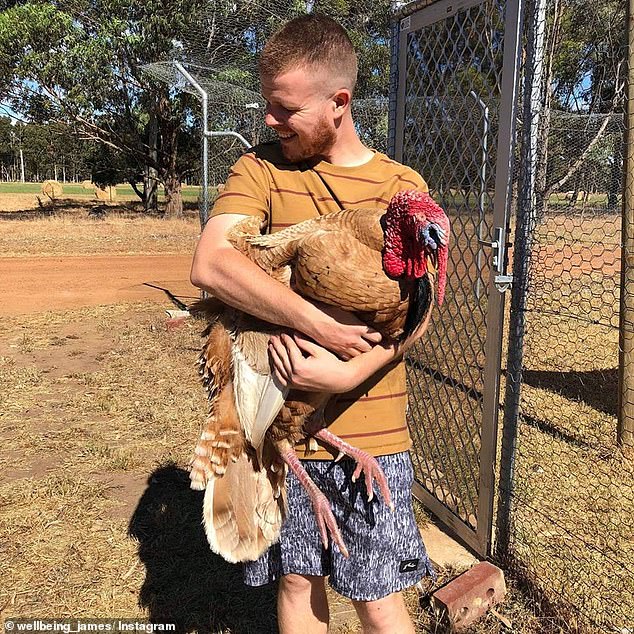 Mr Warden told Seven News: ‘These farming communities are an echo chamber for this type of violence and it does not surprise me whatsoever that they are now targeting and acting in violence towards human beings.’

But Mr Parravicini said he was the one that was being provoked by the vegan activists, who were ‘just fabricating story after story’.

He said he would never hurt anyone with a firearm and claimed he regularly uses his shotgun for vermin.

Mr Parravicini also alleged Harvey locals were being harassed and made to look as though they were mistreating their animals.

‘People have just had enough. If you want to be vegan by all means be vegan …that’s their choice, but just leave us alone,’ he said. 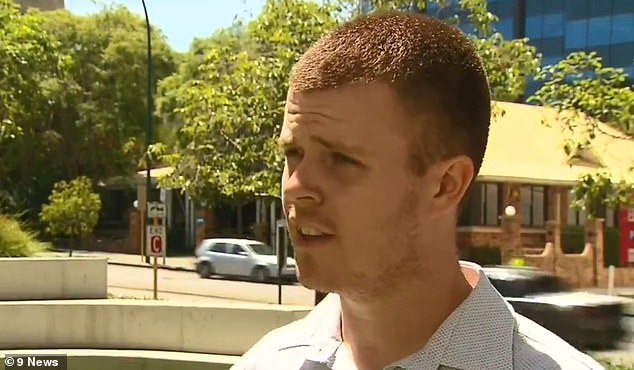 ‘It’s a real kick in the guts when local people start attacking and it’s not just about this, agriculture across the board seems to be coping a belting,’ Mr Seabrook told Nine News.

WA Premier Mark McGowan has since called for calm.

‘It is disturbing that these people are out there conducting themselves in this way and running down an important industry and potentially costing our state jobs,’ the Premier said.

‘What we don’t want to see is this sort of activity escalate,’ he said.