New details about the investigation into Las Vegas shooter Stephen Paddock reveal just how meticulously he planned the massacre.

Paddock was clearly prepared for police when they approached his room – he had three cameras focused on the hallway to alert him when they were outside.

At first, he shot through the door at the responding officers, but turned the gun on himself and committed suicide.

It was also revealed on Wednesday that investigators have yet to find Paddock’s computer hard drive.

When they stormed his hotel room, they recovered a laptop, but the hard drive – which keeps almost all of the information on a computer – was missing. That has left investigators struggling to find a motive.

While most mass shooters leave behind notes explaining their reasons for committing murder, a few have tried to cover up their tracks like Paddock.

Sandy Hook shooter Adam Lanza smashed the hard drive of his computer with a hammer and a screwdriver before going on a rampage at an elementary school in 2012. 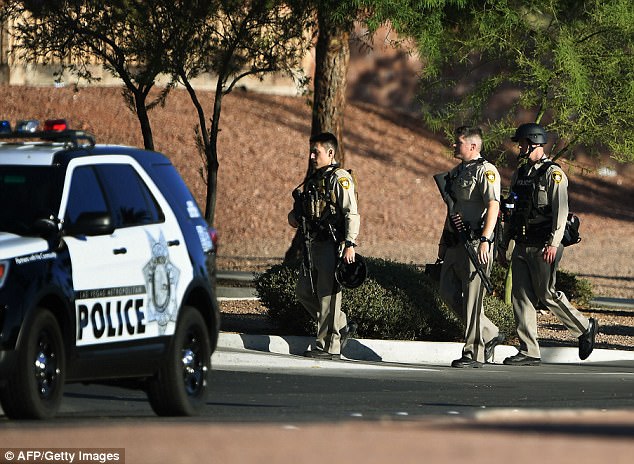 Above, police at the scene of the shooting on October 2 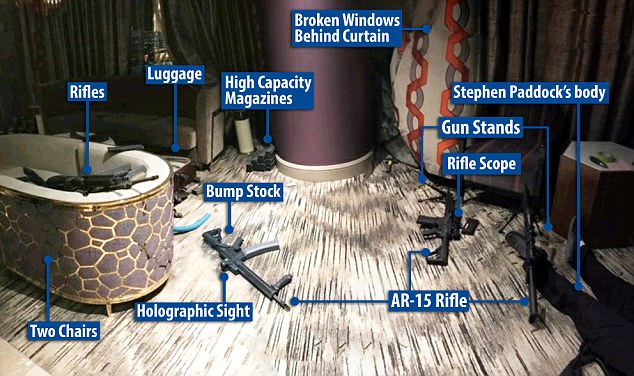 Above, a look at some of the items that were found in the shooter’s room earlier this month 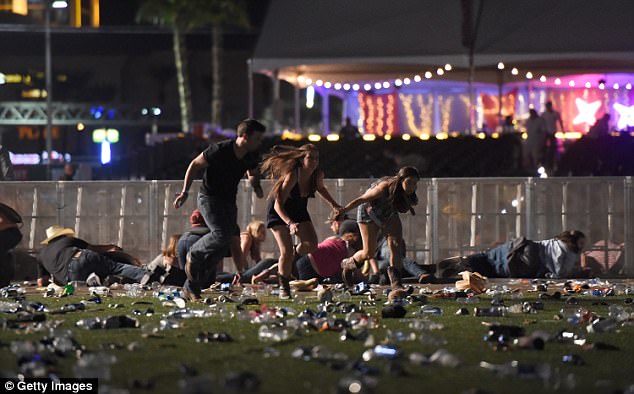 FBI agents were still able to obtain some documents off his computer – including articles ‘advocating for pedophiles’ rights,’ according to documents released this week.

While Paddock’s motives still aren’t clear, investigators have started to get a better understanding of his mental well being in the lead up to the attack.

Several people have commented that Paddock started to smell of alcohol recently. He also was reportedly prescribed the anti-anxiety medication Valium and was taking it at its highest dosage by June 2017.

The side effects of the drug – which include suicidal thoughts and fearlessness – are amplified when mixed with alcohol.

Paddock’s family has a criminal history as well. His father, Benjamin Hoskins Paddock was a notorious bank robber who was on the FBI’s Most Wanted list for nearly a decade.

And on Wednesday, Paddock’s younger brother Bruce, about 58, was arrested in North Hollywood, California for child pornography.