‘I’m not going into that… the mood at this point is good’: Jan Vertonghen puts on a united front with Mauricio Pochettino following the Tottenham manager’s ‘agenda’ claims

Agenda? What agenda? At least on the surface, Tottenham were pulling in the same direction on Monday.

Jan Vertonghen successfully skirted round the elephant in the room, while Mauricio Pochettino — less than a week after publicly citing ‘different agendas’ in the dressing room — chose Monday’s briefing to laud his players’ commitment instead.

Of course, you wouldn’t be making too big a leap to conclude Vertonghen was one of the players Pochettino was talking about after the demoralising loss to Colchester in the Carabao Cup last Tuesday. 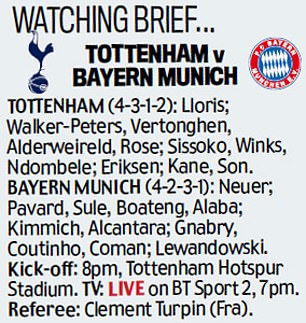 The Belgian, together with Christian Eriksen and Toby Alderweireld, is one of a trio of crucial first-team players whose contracts expire at the end of the season.

Add to that his omission from Tottenham’s opening three league games of the season due to ‘fitness’ issues, and you would be forgiven for thinking Vertonghen is a member of the squad Pochettino feels isn’t necessarily singing from the same hymn sheet.

On Monday, though, player and manager were in unison — conveying the same message ahead of Tuesday’s Champions League showdown against Bayern Munich, where defeat would leave last season’s finalists struggling to qualify from the group.

If it was contrived, then perhaps Vertonghen should explore a career in acting once he hangs up his boots, he was that convincing.

‘I’m not going into that (Pochettino’s agendas comment) too much,’ said the 32-year-old. ‘But the mood at this point is good. We showed who we really are in Saturday’s win over Southampton. We fought. We stuck together. We wanted to show who we are. That we can fight. And we did. You could see how happy we were after the game. We can dominate games but we can fight as well. That was a good feeling to see that.’ 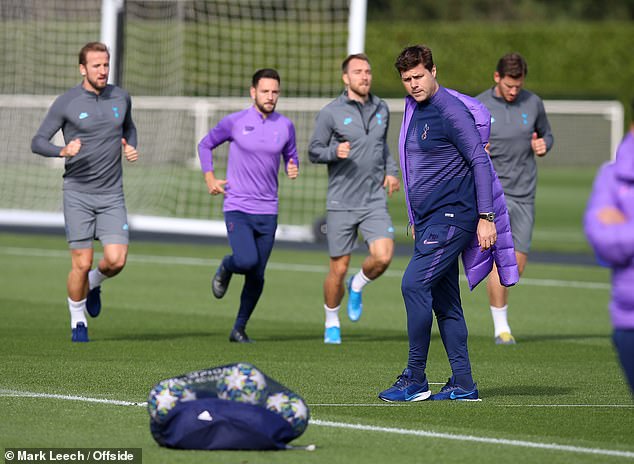 Yet, tension never seems too far away at the moment. Once Vertonghen and Pochettino put to bed talk of a fractious dressing room, the Argentine was again probably too honest for his own good as he hinted at his dissatisfaction with Tottenham’s transfer business.

The question was rather innocuous — one about no player nailing down the right back berth following the departure of Kieran Trippier.

For the most part, Pochettino’s answer was harmless. Yet at the end of his retort, the Spurs boss’ comments required little dissection.

‘If you go back to my first season, who was my first right back? Kyle Naughton,’ explained Pochettino. ‘But that season we played Naughton, Eric Dier, Vlad Chiriches, Kyle Walker and maybe another. Now it’s Kyle Walker-Peters, Serge Aurier, Davinson Sanchez and Moussa Sissoko in this type of circumstance. 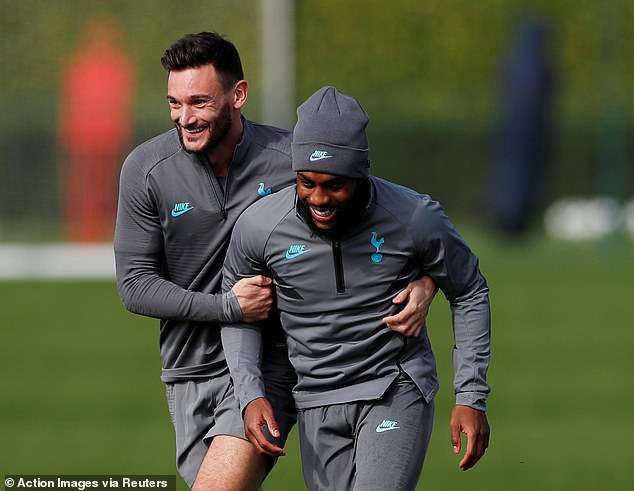 ‘It’s not going to change. This is not new for us. What is new is we were playing Panathinaikos and Maribor in the Europa League but now, for the fourth season in a row, we are playing Champions League against playing Barcelona, Inter Milan, Bayern Munich, Real Madrid or Manchester City.

You can understand Pochettino’s ‘poor circumstances’ reference. Tottenham are unrecognisable from the club he took over in 2014, so if there is a manager who deserves extra leeway in the transfer market then surely it is Pochettino.

Yet Tottenham’s failure to replace Trippier has left his squad exposed at right back. Walker-Peters has huge potential — but is that enough for a club trying to improve on reaching the Champions League final?

Aurier can be excellent on his day — but those occasions are too few and far between. His show of senselessness against Southampton, when he picked up two yellow cards in four minutes to leave his team one man short for an hour was a case in point. Sources have told Sportsmail that Pochettino was left seething at Aurier’s indiscipline.

Victory against Bayern on Tuesday will serve to stifle concerns the wheels are coming off at Tottenham. Defeat, however, and Pochettino’s post-match press conference will be worth watching.