The best Nintendo Switch offers: Very’s epic Black Friday deal has sold out but there are still huge savings at Amazon, Argos, Tesco and GAME

Black Friday 2019 is well under way, and although shops in some locations might be shut for the night, there are still many online bargains to be found.

Despite Very now being sold out of one of the console’s best deals – a Nintendo Switch Neon Console (Improved Battery) with Pokemon Sword and Mario Kart 8 Deluxe for just £299.99 – there are still plenty of great console deals to shop while stocks last. There are also some pretty impressive deals on Xbox One and Playstation 4.

So if you’ve been waiting to score a great deal on the Nintendo Switch all year, now is the perfect time to buy.

It’s also important to remember there are currently three variations of the Nintendo Switch available to shop right now.

This year, Nintendo released an upgraded Switch with better battery life, which is often referred to as the V2. The battery life has improved by about 50 per cent – that’s almost nine hours.

Be aware, the original Switch is still being sold and the easiest way to check you are getting the v2 is by ensuring that the packaging looks like the picture above. You can also check the serial number.

Nintendo also released the Switch Lite in September, which is its handheld-only Switch device.

It is compact, lightweight and features a 5.5′ touch screen, with a solid battery life of between three and seven hours (depending on the game you’re playing). It’s compatible with Nintendo Switch games that support Handheld mode.

There are also a bunch of Nintendo Switch accessories such as Joy-Con charging docks to charge your controllers, and Nintendo licensed SandDisk memory cards to load games faster and store additional digital games.

So without further ado, here are the Black Friday Nintendo Switch deals you’ve been waiting for… 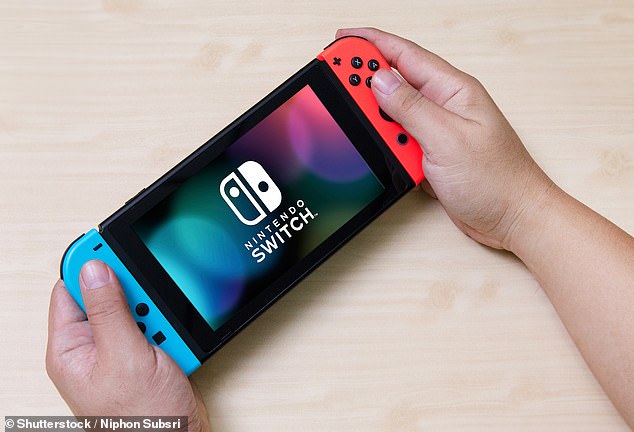 This year, Nintendo released an upgraded Switch with better battery life, which is often referred to as the V2

Amazon is giving UK music lovers the chance to stream four months of Amazon Music Unlimited service for under one pound (that’s a saving of nearly £39). You don’t need to be a Prime member to take advantage of this amazing deal, but this trial promotion is only available for new subscribers.

Calling all Kindle users! You can get a 3-month free trial on Amazon’s Kindle Unlimited reading offer. That means you can explore over 1 million titles, thousands of audiobooks and selected magazine subscriptions for free.

Check out our discount section for Black Friday deals and offers.