Reverend Simon Ward, 45, pictured, mislaid the shiny red ball in 1979 while playing with it in the garden of the rectory where he lived with his family

A vicar has been bowled over after being reunited with the cricket ball he lost 38 years ago – as a seven-year-old boy.

Reverend Simon Ward, 45, mislaid the shiny red ball in 1979 while playing with it in the garden of the rectory where he lived with his family.

When they moved out, he jokingly asked the new occupants to keep a look out for his beloved ball, never expecting to see it again.

But almost four decades later, the cricket ball, which he bought with his pocket money, resurfaced in an old neighbour’s pond.

Simon said: ‘It was brand new, a nice shiny cricket ball, my first one.

‘We barely got the first over before it got lost, I remember I cried my eyes out.

‘It was one of those curious things. It’s (the ball) is now a shrivelled husk of its former glory. It’s not the red shiny ball I fell in love with. But it was charming to discover it.’

The cricket ball was found by Rosie Bunn – the current rector of the All Saints Church, at the rectory in Belton, Norfolk.

Work was being done on the bathing pond, thought to be a relic from a bygone age, when it was scraped from the muddy bank. 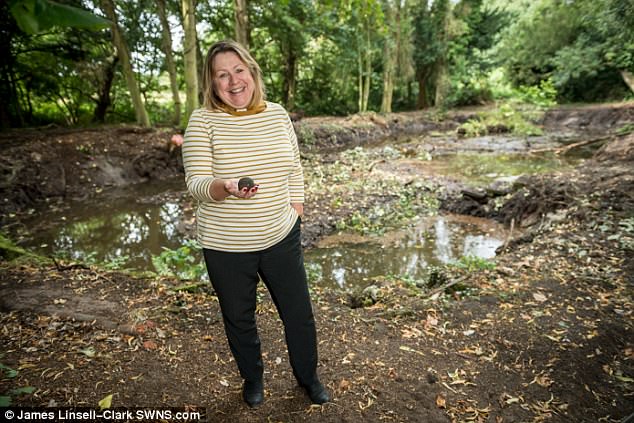 The cricket ball was found by Rosie Bunn, pictured – the current rector of the All Saints Church, at the rectory in Belton, Norfolk 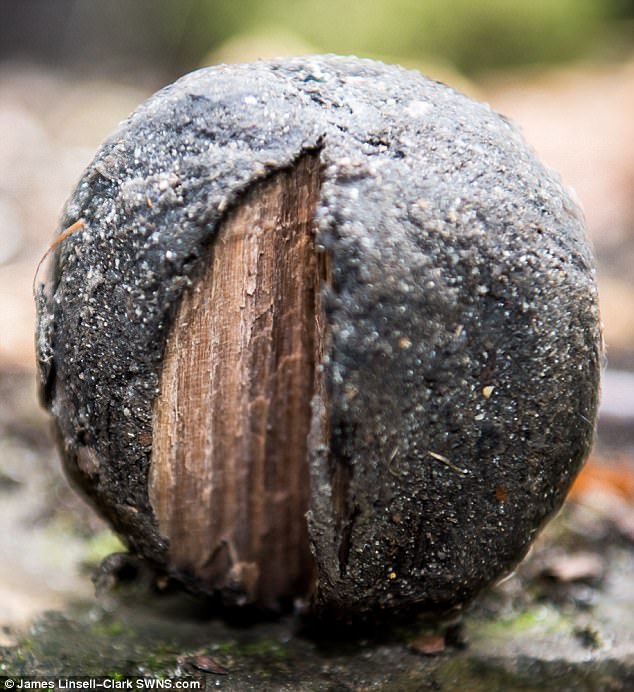 Rosie said: ‘When we moved in, Simon told us he lost a cricket ball.

‘He asked us six years ago, as an adult, 34 years after he lost it, but we’ve spoken about the ball a number of times.

‘I saw him on Friday, the day before we found it, and we talked about it.

‘We’ve just been working on it (the pool) and found it in the mud.

‘The red leather of the ball is rotten now, it’s been a long time. But it was definitely the inside of a cricket ball.’ 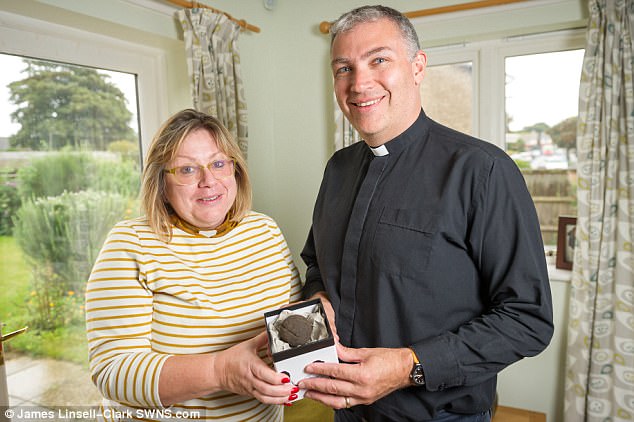 Simon used to live in the rectory when his father was the rector at Belton and Burgh Castle, near Great Yarmouth, Norfolk.

He then moved to Norwich before returning to the parish to live with his wife Georgette, two sons, two cats, tortoise and fish.

‘We had a laugh about it, I remembered the bible passage ‘I was lost and then I was found.’