Pictured: Adil Khan, who was spotted by his victim in a Rochdale supermarket

A terrified victim of Rochdale’s child sex grooming gang has revealed how her heart ‘stopped beating’ when she bumped into her freed abuser while shopping at Asda.

The woman, who cannot be identified, said she ran from the supermarket in Rochdale town centre in tears and reported Adil Khan, 50, to the authorities as he was with a ‘seven or eight-year-old’ child.

She told a friend: ‘Oh my God, he’s been in Asda. I’ve never been so scared in all my life. I feel like my heart just stopped beating.’

The victim is outraged that Khan and two other members of the gang remain in Greater Manchester despite losing an appeal against their deportation to Pakistan in 2018.

Former taxi driver Khan, known as Billy, began a relationship with the woman when she was school-aged, a few weeks after his wife had delivered their first child.

The victim, who believed Khan was her boyfriend, fell pregnant with his child when she had just turned 13.

Khan, who was jailed for eight years for trafficking and conspiracy to engage in sex with a child in 2012 but released in 2016, also trafficked a second girl, 15, to other abusers.

A jury convicted him of trafficking and conspiracy to engage in sexual activity with a child and he was ordered to sign the sex offenders’ register for life. 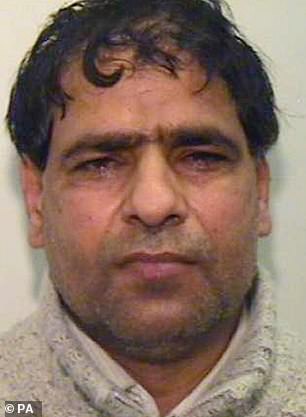 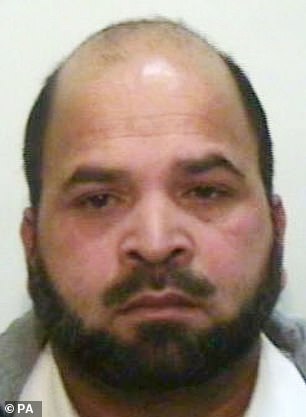 Khan and two others, Abdul Aziz (left) and Qari Abdul Rauf (right), were told they would be deported after their British citizenship was revoked – but remain in Rochdale 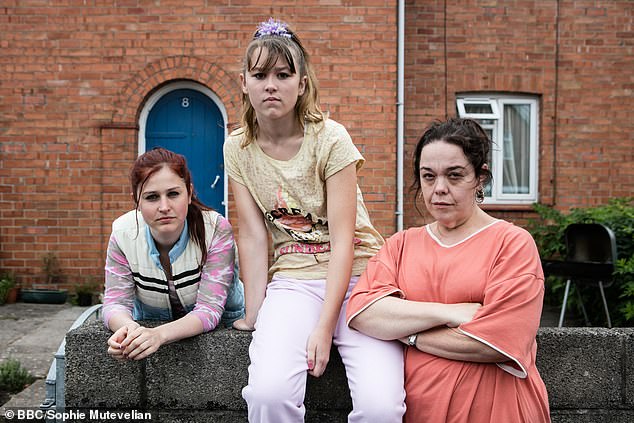 The woman’s plight was brought to life by the character Ruby Bowen (middle, actress Liv Hill) in the BBC drama about the scandal, Three Girls

Khan and two others who were jailed, Abdul Aziz, 49, and Qari Abdul Rauf, 51, were told they would be deported after their British citizenship was revoked.

The trio lost an appeal against the Home Office ruling in 2018 but, for unclear reasons, they still remain in the UK.

Their claims has been dismissed on all grounds by the Upper Tribunal of the Immigration and Asylum Chamber.

Beverley Hughes, Greater Manchester’s deputy mayor, told the BBC it was ‘completely unacceptable’ that the men remain in Rochdale.

She added: ‘Their continued presence in the community will doubtless be very distressing to those affected by the appalling crimes they perpetrated.’

When approached, a spokesperson for the Home Office refused to outline why the three men had not yet been deported.

Khan, Aziz and Rauf were among nine men convicted and jailed in 2012 over a catalogue of serious sex offences against five victims in Rochdale and Heywood.

Girls, some as young as 12, were plied with drink, abused and pimped out to paying customers at parties held across the north of England.

Khan’s younger victim has revealed her outrage at the government’s failure to deport him after she bumped into him in a supermarket on November 14 last year.

The woman’s plight was brought to life by the character Ruby Bowen in the BBC drama about the scandal, Three Girls. 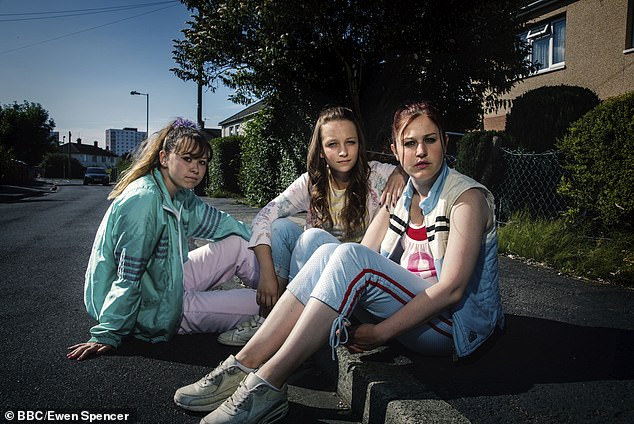 She confided in former GMP detective Maggie Oliver who worked on the case, but later resigned and became a whistleblower and campaigner.

‘She walked into an aisle and was face-to-face with him. He had a seven or eight-year-old child with him. How can he have a child in his care? She just left her trolley and ran out in tears and called me,’ Ms Oliver said.

‘The question is why are they still here? Why are they back in Rochdale? What about the rights of the children they abused? It really is outrageous.’

The incident, which happened on November 14 last year, was reported to Rochdale’s safeguarding board, which includes police and council officials and is tasked with protecting children and the victims of sexual abuse. 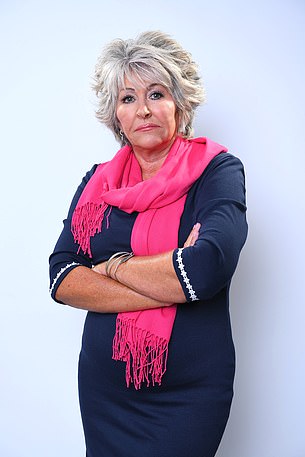 Ms Oliver added: ‘I don’t necessarily blame the safeguarding board. These are the consequences of these sentences. These men should have had longer sentences.

‘The children who have been abused have to live with that for the rest of their lives and that’s just not right.  This is not the only incident where one of the survivors has come face-to-face with their abuser. This isn’t unique.’

She also revealed that the young woman who encountered Khan ‘now feels nervous every time she goes out’.

Rochdale Borough Council leader Allen Brett said: ‘The government must now finally act to have these men removed from the country.

‘The council is providing support to many of the victims of these terrible crimes and have for many years now been helping to bring more perpetrators of sexual abuse to justice.

‘That work will continue but only the Home Secretary can provide further closure by fulfilling the previous promises that have been made to deport the offenders whose citizenship has been removed.’

A spokesperson for the Home Office refused to outline why the three men had not yet been deported.

They said: ‘We are committed to removing foreign national offenders wherever possible.

‘Foreign national offenders should be in no doubt of our determination to remove them, and since 2010 we have removed more than 52,000 criminals.’