Victoria announces a $1,500 payment to those with COVID-19 or people in ‘close contact’ with a case

Victorians who have coronavirus or have been in close contact with a known case will be given $1,500 to stop them going to work.

Premier Daniel Andrews spoke about the cash payment on Saturday during a press conference.

He also announced that coronavirus restrictions would not be eased as planned after cases soared last week.

Mr Andrews urged people not to go to work if they felt ill and said he wanted to make staying at home ‘as easy as possible’.

‘We’re also announcing a new $1,500 payment for those who have a confirmed case or are a close contact and can’t rely on sick leave.

Victorian Premier Daniel Andrews has announced a $1,500 payment to those with COVID-19 or people in ‘close contact’ with a known case 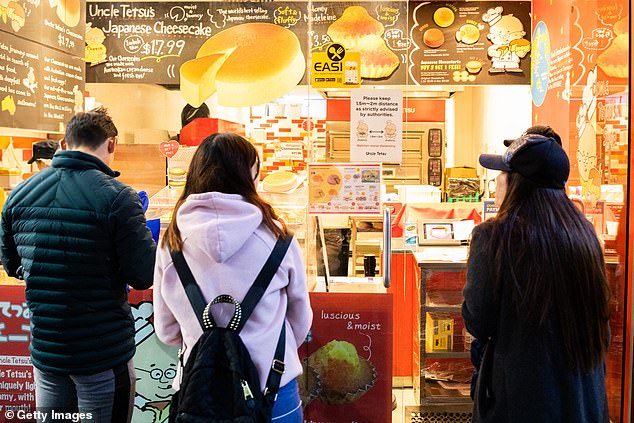 The Premier made the announcement on Saturday following the highest number of diagnosed cases in one hit in the last two months. Pictured: Patrons lined up outside a Japanese cheesecake shop in Melbourne on June 1

‘This is about making sure there’s not financial reason for these people not to isolate and to go to work instead.’

A total of 25 new cases have been recorded in the state on Saturday, up from 13 on Friday, 18 on Thursday and 21 on Wednesday.

Mr Andrews said the spike was being ‘driven by families having big get-togethers and not following the advice around distancing and hygiene.’

‘In fact, around half of our cases since the end of April have come from transmission inside someone’s home,’ he said.

‘You can see how this could happen. People feeling relaxed at home. Letting their guard down. Letting old habits creep back. But we are still in a pandemic – and people’s lives are still at risk.’

The increase in cases has prompted the Victorian government to limit gatherings to five per household.

Mr Andrews also said that bars, cafes and restaurants would not be able to increase capacity from 20 to 50 people as planned from Monday.

They will have to operate at the reduced capacity until at least July 12.

He also asked that people work from home until July 31. 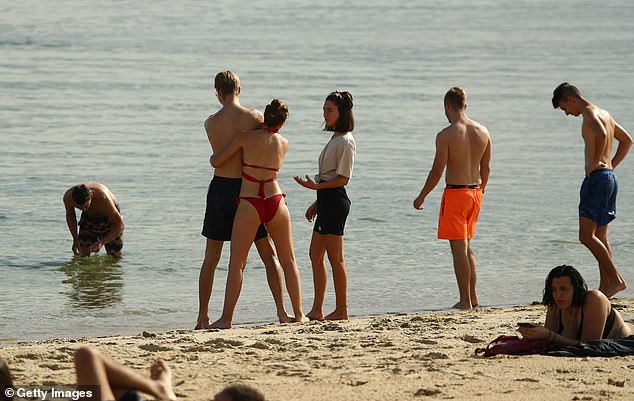 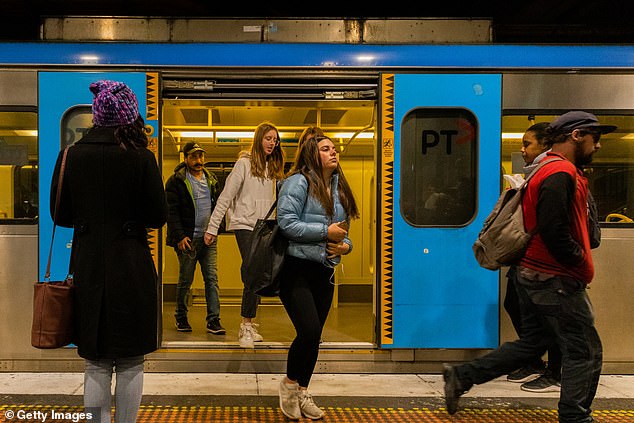 There has been an uptick in coronavirus cases in Melbourne after restrictions were eased. Pictured: People catching public transport at Flinders St Station on May 13

However Mr Andrews said that community sport for kids and non-contact sport for adults will start as planned.

Ski season will start, as well as accommodation facilities with communal spaces, but regulations will increase.

‘I know this is not where we wanted to be. And that Victorians will feel disappointed and frustrated. I’m frustrated too. But we have to channel that frustration into action,’ Mr Andrews said.

‘We can’t let this thing get away from us. We must act – while we can. 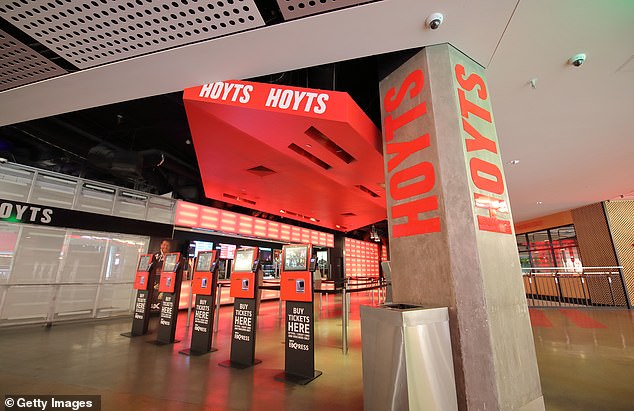 Gyms, cinemas, indoor sports centres and concert venues were scheduled to reopen on Monday while cafes, restaurants and pubs were to increase capacity from 20 people to 50. Mr Andrews revealed those businesses can reopen but they must have a maximum capacity of 20 people (stock image)

Despite the concern, planned climate change protests will still go ahead in Melbourne on Saturday.

The demonstrators plan to ride bikes around the city, block intersections and keep their marching groups to 20 protesters from 2pm.

‘The community response to COVID has shown that when Australians understand there is a crisis they will pull together to look after each other,’ spokeswoman Catherine Strong told news.com.au.

‘Extinction Rebellion is getting back on the streets to remind people that what we’ve seen with COVID is just the tip of the iceberg compared to the problems unchecked climate change will bring, and we need to act now.’ 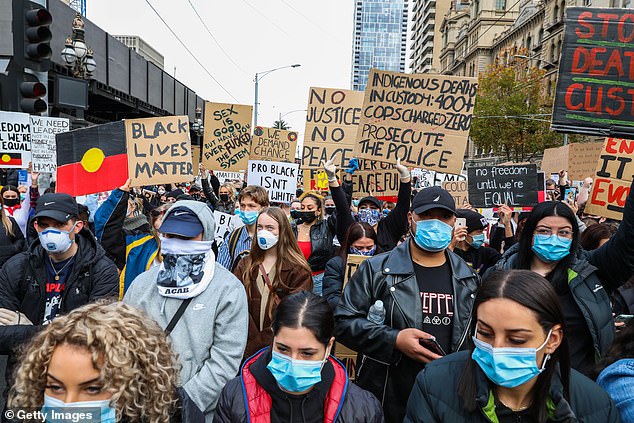 Three people have been diagnosed with coronavirus since the Black Lives Matter protest in Melbourne on June 6. An Extinction Rebellion protest will go ahead on Saturday. Pictured: General view of the protest

While the rest of the country’s COVID-19 infections decline, Victoria’s active cases rose to 91 on Friday, up from 66 four weeks ago.

Authorities are relieved that they know the links to most of the cases – many of whom are returned travellers or linked to them.

‘We’re hoping that this isn’t the beginning of a second wave and we’re doing everything we absolutely can to make sure that that’s not the case,’ Victorian Deputy Chief Health Officer Annaliese van Diemen said.

Overall, 1,792 Victorians have been recorded with the virus, though 1,680 have recovered.

Five people are in hospital, including two patients in intensive care. Nineteen people have died.