Victoria Beckham has revealed her Dover Street store is offering ‘virtual and in person styling appointments’ as they adhere to social distancing guidelines amid the coronavirus pandemic.

Taking to Instagram, the designer, 46, shared a selection of snaps of the exterior and interior of the store’s Dover Street branch in Mayfair, London, with her 28.5 million followers.

Alongside the photos, the captions read: ‘We’re now offering virtual and in person styling appointments at our Dover Street store.

Your appointment will be a private one-to-one with a member of our team, in person or via your preferred video service.’

Victoria Beckham, 46, shared a selection of snaps of the exterior (pictured) and interior of the store’s Dover Street branch with her 28.5 million followers 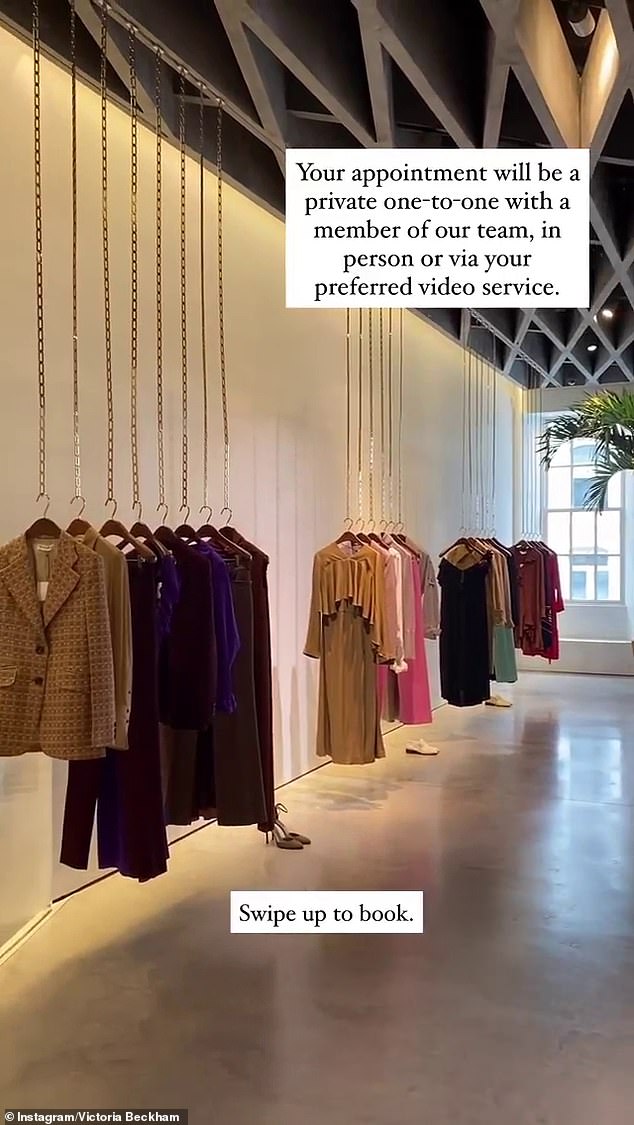 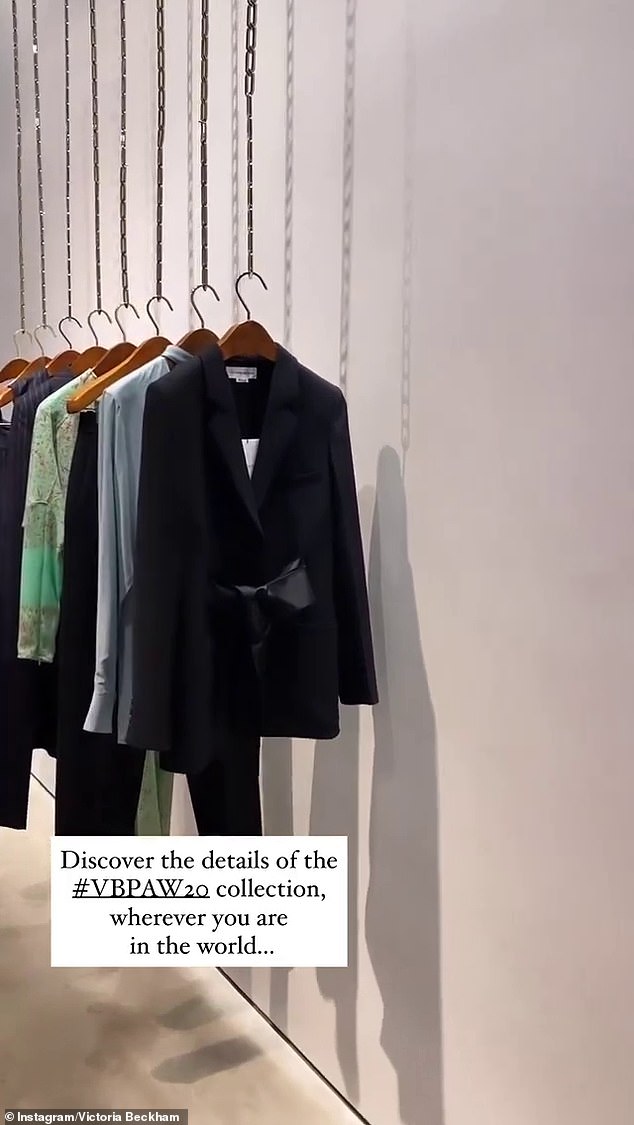 Shared a final snap of the latest collection and penned: ‘Discover the details of the #VBPAW20 collection, wherever you are in the world’

A final photo showed a rail of the latest collection from the brand and read: ‘Discover the details of the #VBPAW20 collection, wherever you are in the world.’

Victoria then encouraged fashion fans to use the ‘swipe up’ link to book an appointment.

It comes after it was revealed the former Posh Spice is set to axe 20 staff at her loss-making fashion label to ‘future-proof’ it after the coronavirus pandemic – just months after reversing plans to furlough employees.

Victoria’s company, with its flagship Mayfair store which sells £2,000 dresses and £1,000 handbags, will also halve the number of annual fashion collections after being hard-hit by the Covid-19 crisis.

The blow for the staff come just two months after she came under fire for deciding to furlough 30 members of staff. 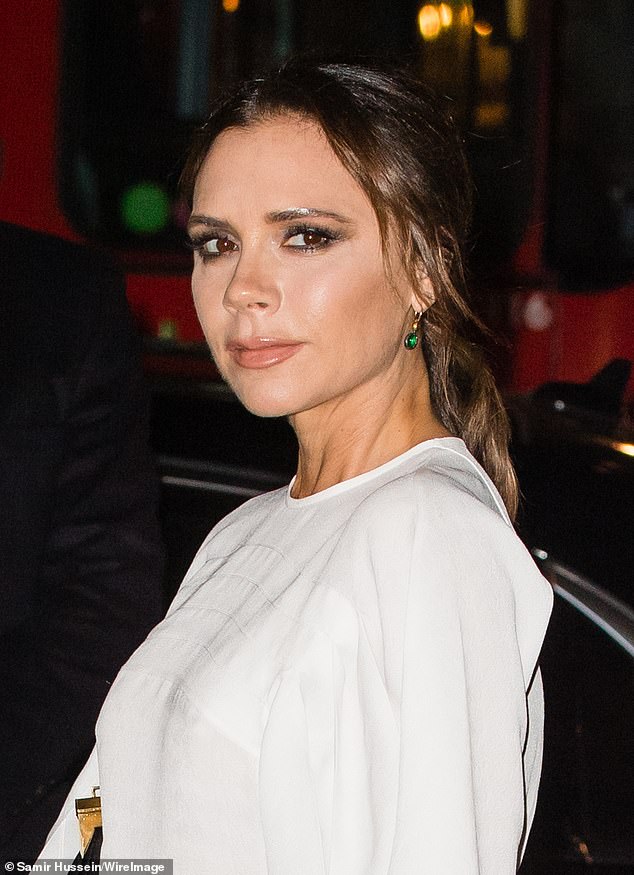 Victoria Beckham attends the Portrait Gala 2019 at the National Portrait Gallery on March 12, 2019 in London

A source told The Sun the new redundancies were a bid to save the label.

They said: ‘Victoria is devastated. These are really tough times and no one is exempt from the pandemic’s clutches.

‘This business is her pride and joy. It has never been about money. She hasn’t even paid herself for the past three years.

‘She is doing all she can simply to keep as many people in work as possible.’

Victoria and her ex-footballer husband David, 45, are estimated to be worth £355million.

A spokesman for Victoria said: ‘We have built a new strategic vision to streamline and future-proof the brand and, sadly, have to make redundancies to deliver this.’

In June it was reported that the designer was loaned a £6.4 million lifeline to save the fashion empire.

The company has allegedly racked up £42 million worth of losses over the past four years. 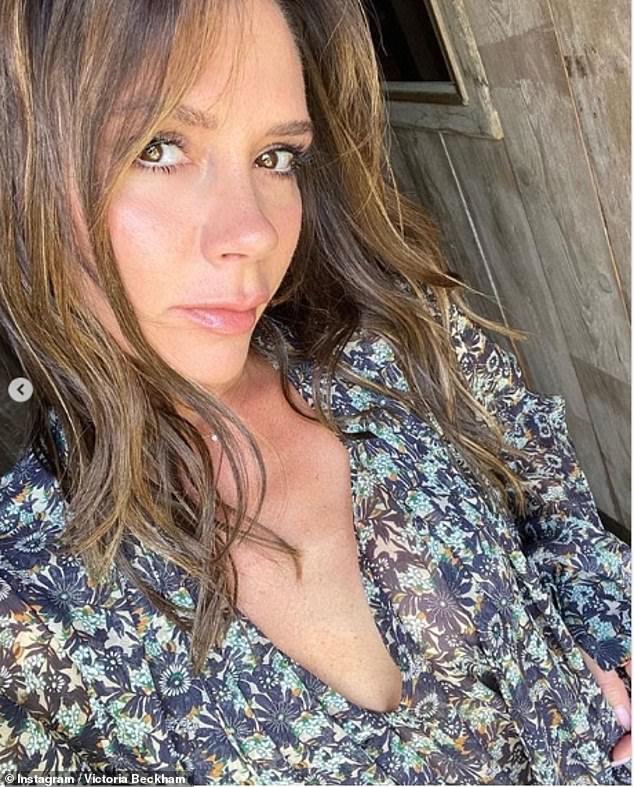 Keeping it in the family! It has been reported that Victoria Beckham is ‘set to design Nicola Peltz’s wedding dress’ when she marries her eldest son Brooklyn, 21

And just days ago it was reported that Victoria Beckham is ‘set to design Nicola Peltz’s wedding dress’ when she marries her eldest son Brooklyn, 21.

Victoria is said to be working on creating a couture gown, and her future daughter-in-law, 25, is reportedly excited to ‘keep it in the family.’

According to The Sun, American beauty Nicola has decided to let Victoria design the dress, despite being able to choose from any designer she would like.

Brooklyn recently teased fans by calling Nicola his ‘wife’ on social media but they haven’t walked down the aisle just yet.

Victoria Beckham’s representative declined to comment when contacted by MailOnline.

Brooklyn took to Instagram in July to announce his engagement to Nicola following reports he had popped the question to his ‘soulmate’ after just eight months of dating.