Some Victorians had to hand-write votes on blank ballot papers as a number of centres ran out on election day.

‘We are aware of a limited number of voting centres running out of printed district ballot papers earlier today. This may have been because of people voting outside of their district,’ the commission wrote.

‘No voters were turned away or missed out on voting due to this.

‘In the interim voters were provided with blank ballots, with candidates’ names handwritten on the ballot. This is an acceptable approach in this situation.’ 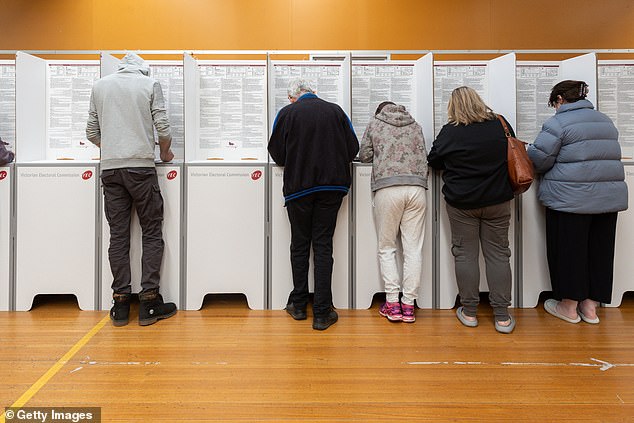 Polls closed at 6pm on Saturday, after weeks of early voting in which nearly 2 million Victorians pre-polled.

Deputy Premier Jacinta Allan told the ABC there would likely be ‘patchy results in different parts of the state.’

Shadow treasurer David Davis agreed but said he was hopeful there would be ‘significant movement.’

‘What we’ll see is some big swings, taking us back to where we were really in 2014 – a bit closer to that,’ she told Sky News.

After voting opened on Saturday, Premier Daniel Andrews urged Victorians to opt for a strong, stable, majority Labor government as polls pointed to the potential for a hung parliament. 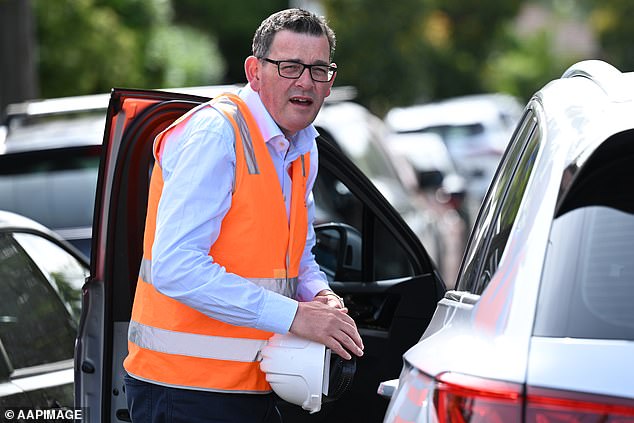 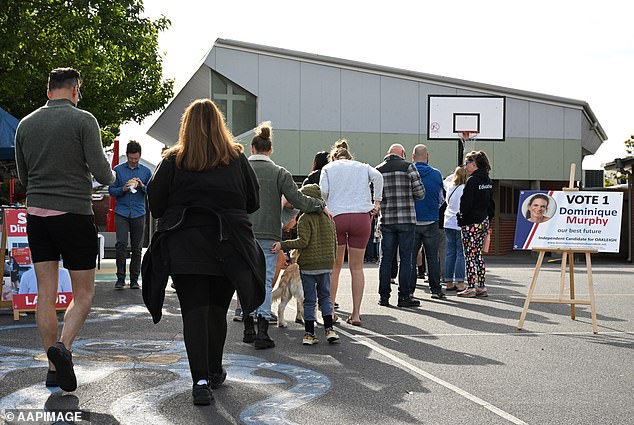 Pressed on his position on working closely with Greens or independents to form minority government, Mr Andrews said his position had been clear for more than a decade.

Liberal Leader Matthew Guy, who steered the opposition to a crushing defeat at the 2018 election, said he was confident of victory despite the polls strongly favouring Labor.

‘I am confident that Victorians will, at the end of the day, opt for a new government and a fresh start,’ he told reporters after voting in his electorate.

Mr Guy said this year’s election had a very different feel to the one four years ago and voters were genuinely looking for an answer to the woes of our health system, which they trusted the coalition to fix.

Almost half of the 4.4 million enrolled Victorians had already cast their ballots at early voting centres or by post, leading to a warning from the electoral commission it could delay results on election night.

The premier broke with tradition to cast his ballot early on Thursday, voting outside his electorate of Mulgrave alongside wife Catherine and two of his children. 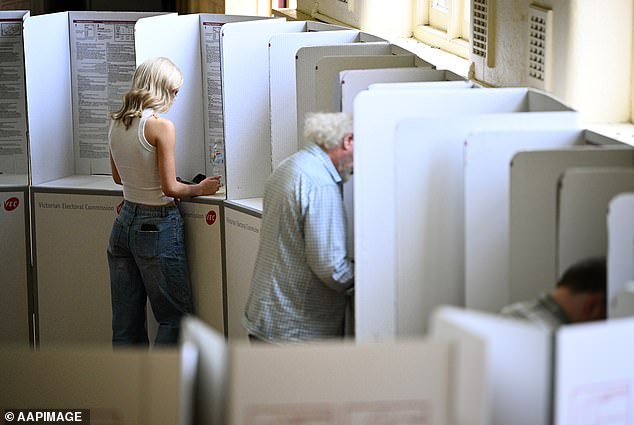 A Newspoll published on Friday showed Labor on track to return despite a swing against it of almost three per cent.

Labor leads the coalition 54.5 per cent to 45.5 per cent on a two-party preferred basis, according to the poll published in The Australian.

Labor starts on 55 lower house seats and would need to shed 11 to lose its grip on power. Newspoll has it on track to keep 45 to 50 seats.

The coalition has 27 seats and must pick up an extra 18 to govern outright.

The latest Resolve poll indicated Labor could lose between eight and 12 seats, putting it in danger of slipping into minority government.

Both parties hammered home messages to voters with text messages urging them to support their parties on election day.