Victoria election 2022: politicians go to war over Dan Andrews and who is ‘obsessed’ with him

Outgoing member for Bellarine, Lisa Neville, claimed the ‘obsession’ over Andrews was driven by political rivals and the media rather than genuine issues such as his response to the Covid pandemic which was regarded by many as ‘heavy handed’.

Ms Neville’s remark prompted other panelists to argue Andrews was disliked by ‘half his own party’ and his absence from public appearances were so controlled it was ‘like he’s been locked away in Guantanamo Bay’.

Shortly before Mr Andrews’ Labor party were declared the winners of the election, Ms Neville said on Saturday evening that the fixation with Dan Andrews was ‘not an obsession I’ve seen (from Victorians) as a member of the government and at the polling booths.’

‘The obsession with Daniel Andrews has been very much Liberal Party driven, it’s been media driven – and if you look at him compared to other incumbent premiers or prime ministers who have lost (an election) he’s held in the positives throughout,’ Ms Neville said.

‘That’s not to say there isn’t going to be swing… but I don’t think it will be as strongly reflected as people are saying.’

The comment sparked a row as former Victorian Liberal Party president Michael Kroger fired back that the anti-Andrews sentiment was hardly confined to Liberals and media.

‘Half your own party hate this bloke,’ Kroger said.

We (politicians) have all got enemies but Matthew Guy is friendly to 95 per cent of the party… but people hate your bloke, the people that know his best detest him… he’s divided this state.’

‘People said Jeff Kennett was divisive, he was the most unifying figure in Victorian politics compared to this bloke’. 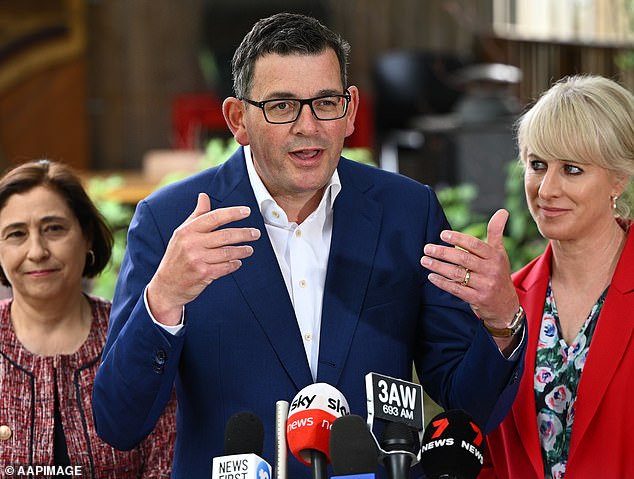 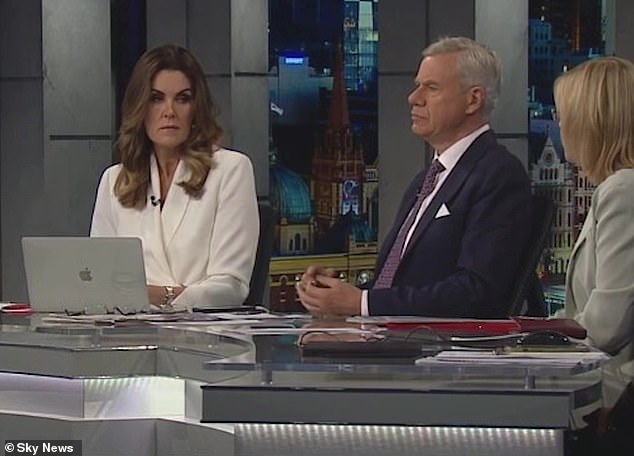 ‘He says he’s going to bring Victoria together but is preferencing the Greens in the inner city and then some of the most right wing voices I’ve heard in our community… how does that being people toigether?’

Panel host Peta Credlin then chimed in that she’s been ‘tracking’ Dan Andrews’ appearances and ‘every single media event since then has been heavily staged all in contained environments and invite only’.

Kroger then added his absence from public appearances was ‘like he’s been in Guantanamo Bay’ and that he would have been ‘booed’ if he had voted in his seat of Mulgrave’.

Major networks – the ABC, Sky, Seven and Nine – all called the race in favour of Mr Andrews shortly after 8pm.

His government will retain its majority, with ABC election analyst Antony Green calling at least 46 seats for the ALP.