Victoria Hislop knew it was true love with future Private Eye editor and Have I Got News For You star Ian Hislop when they got together in their final year at Oxford University. ‘He rented out his essays at 50p a time, but he let me read them for free,’ she remembers. ‘He is the clever one. I got some murky lower second and he just missed out on a first. He has the better brain.’

This doesn’t appear to be strictly true. Today she is a ten million-selling novelist, the writer who has done for the whole of Greece what Gerald Durrell did for Corfu and Peter Mayle did for Provence. Her debut novel The Island sold five million copies worldwide and was turned into a 26-part TV series in Greece too. Her eighth book, Those Who Are Loved, comes out this month.

Victoria Hislop is a ten million-selling novelist, the writer who has done for the whole of Greece what Gerald Durrell did for Corfu and Peter Mayle did for Provence 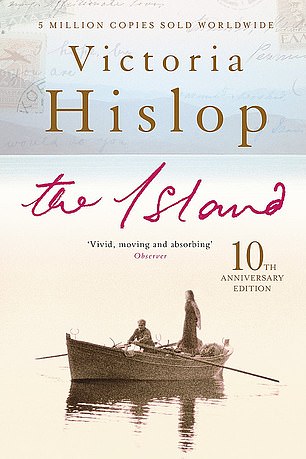 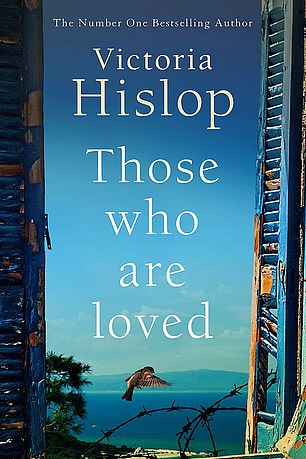 The Island (left); Those Who Are Loved (right)

It starts with an entire house collapsing and the noise and drama – of the Second World War, the Greek civil war and a family at war –barely lets up. It’s likely to follow the success of its predecessors, but Ian Hislop wasn’t the first person permitted to read it. (That honour went to their journalist daughter Emily, 28.) He wasn’t even the second. His wife busted him down to third reader a couple of books ago because he gets so busy with his red pen.

‘Ian is an editor. I forget it’s his primary job, so I am shocked by the things he notices when my book is in its raw state, which no one else would see. I’d rather he saw it afterwards. Even so, I am very nervous when he does start to read. It’s a nerve-racking weekend – I can’t look at the expression on his face. I always want him to think it is OK, or better,’ she says with a broad smile, which suggests they have had each other’s backs since those Oxford essay crises 40 years ago.

Anyway, Victoria Hislop’s success is all her own and she has Bognor Regis to thank. Were it not for a series of sodden childhood holidays paddling in the waters off the spiritual home of Butlin’s, she wouldn’t have fallen so hard for Greece when she arrived there in her teens. It was only a Seventies package holiday courtesy of Laker Airways, but she took one look at the speedwell sky above Athens and lost her heart to the Hellenes. She was in her 40s when she started to translate that passion onto the printed page. She now has a house in Crete, where she spends three months of every year, has taught herself to speak Greek well enough to give a lecture or talk on television and has an honorary doctorate from a university in Thessaloniki. To her surprise – university in Thessaloniki. To her surprise –and pleasure – she is also something of a celebrity in her adopted home. ‘The entire population of Greece is the same as that of London, so it is not difficult to be well known,’ she says modestly, describing a parallel life of designer gowns and appearances in society magazine Hello! ‘I quite enjoy playing at being that other person, though I worry they think that my life is like that over here too.’

She is delicate and stylish in a slim, dark dress, boots and a cocktail ring whose spiral square of diamonds reminds her of the classic Greek ‘meander’ pattern, the country’s ancient design motif. She wears it for luck.

Hislop is about to turn 60. She’ll be celebrating in Greece, of course, with her husband, Emily and their son, William, 25, a comedian. She doesn’t write books solely for women like her, midlife, who treasure the idea of family and admire the strength of other women, but she knows her work will mostly be read by them. She’s delighted by this, as long as no one refers to her novels as chick lit.

It’s nerve-racking when Ian sits down to read them. I can’t bear to look at the expression on his face

‘It’s a ridiculous label, demeaning to a whole genre, but I am fairly laid-back about it because it’s women who are buying fiction today and I am glad anyone reads my books. I don’t think I would feel any better about myself if men read them – why should I? If they are just for women, brilliant, I am happy to write for women. I can’t get worked up about the issue of literary fiction versus commercial fiction either. It is something we have created in Britain. They don’t have it in other countries.

Those Who Are Loved was ten years in the imagining and three years in the writing. It follows Themis, Thanasis, Panos and Margarita Koralis from the German Occupation of the Forties into the civil war between communists and Greek government forces, through the 1967-1974 rule by a military junta and past the amnesty declared on old communists by the Athens authorities in the Eighties. Authentic details, from the perfect spinach pie to noms de guerre for soldiers fighting for the Left, course between its covers. Hislop does not shy away from detailing the torture and killings of those exiled to Greece’s prison islands, still a subject the country struggles to confront. The family drama is only what you see first. 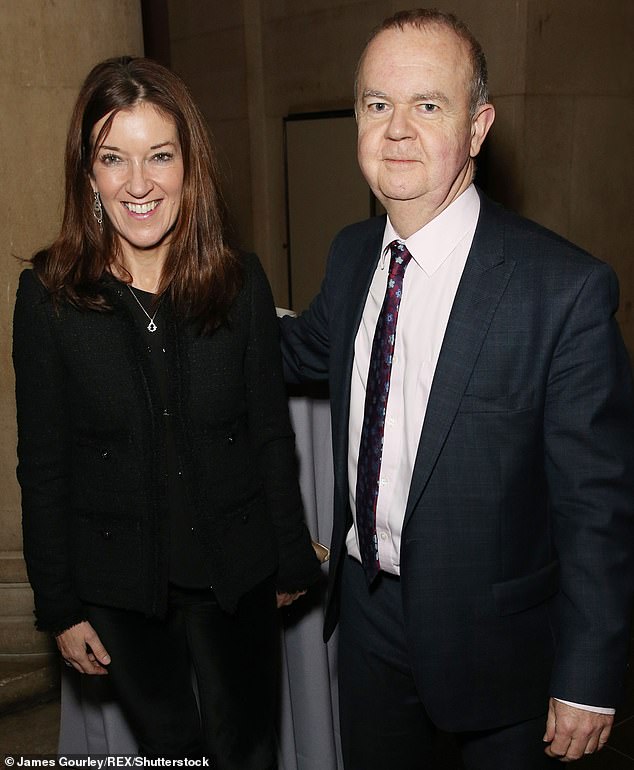 ‘Ian is an editor. I forget it’s his primary job, so I am shocked by the things he notices when my book is in its raw state, which no one else would see. I’d rather he saw it afterwards’

Hislop scoffs at the idea she’s half of a well-known couple, saying, ‘Well, I might be a bit bigger now but Ian is 90 per cent of it.’

However, given that Greece offers no shortage of plots and characters and that she thinks being 60 is no bar to ambition – she’s currently writing a children’s book in Greek – it may not be long before those percentages shift in her favour.

‘Those Who Are Loved’ is published in hardback by Headline on May 30, price £20