A private schoolboy in Victoria has been expelled after he was arrested for buying acid online and selling it to his classmates.

Weeks before his arrest the 15-year-old, who cannot be named for legal reasons, and two of his friends put their money together to buy $695 worth of bitcoins.

They then used the digital currency to buy 100 tabs of acid on the dark web, The Age reported.

When the drugs arrived the boys realised they had bought too much.

‘We didn’t buy the drugs to make a profit. We wanted to try it but then we had too much. We gave it away to our mates,’ the 15-year-old said.

After one of the classmates had a bad trip and ended up in hospital the police got involved.

Soon after the investigation as launched the boy was called into his principal’s office where he was greeted by police.

The 15-year-old was marched out his school by officers and placed into the back of a police car.

The principal’s expulsion note read ‘I do hope that (unnamed boy) is able to resist any further temptation in the future and that he sticks solely to non-poisonous passions.

‘He is a young man of superior intellect and I trust he will achieve to his full potential as an adult.’

The other two boys involved in the incident were not expelled. 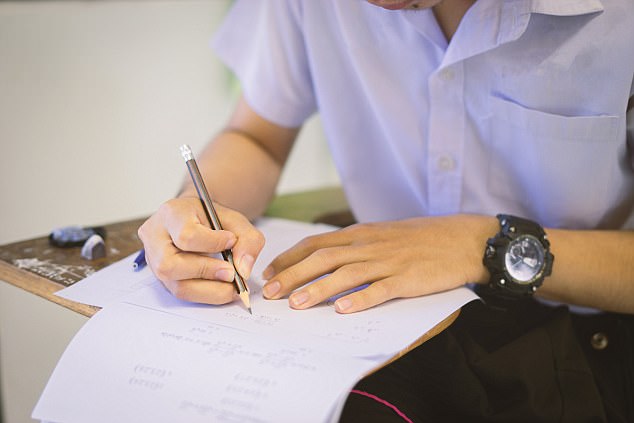 A private schoolboy, 15, was arrested over drug trafficking after buying acid online and handing it out to his classmates (stock image)