The shocking death total is the largest of any state throughout the pandemic.

There are 206 Victorians in hospital including 41 in intensive care. 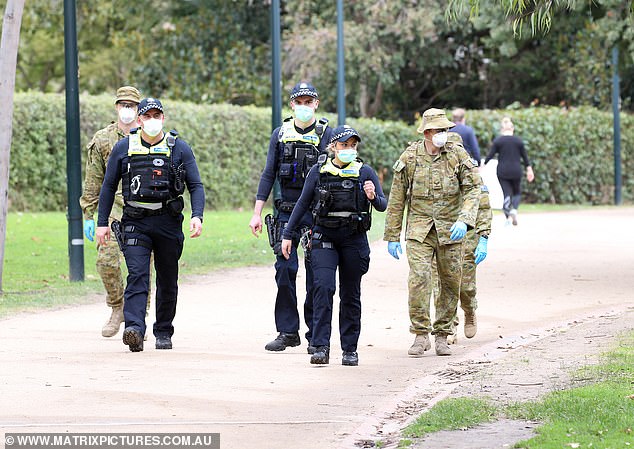 ‘Every day there’s 400 cases… the maths of this tells you, that people will die,’ he said.

It comes as some residents try to defy Melbourne’s lockdown laws and the order to wear masks when leaving home.

One Melbourne residents named Eve Black shared footage on Thursday of herself driving past an officer at a COVID-19 police barricade.

When a police officer asked her where she was headed and why she was attempting to leave, Ms Black simply told him she didn’t need to share that information.

After an argument, the frustrated officer eventually waved her through as she sped off with a grin on her face.

On Tuesday, two mothers minding their children in Lilydale Lakes Park in northeast Melbourne refused to go home when confronted by police.

They claimed they were exercising their human rights, but eventually left without being fined.

New South Wales recorded just seven cases on Friday after conducting 36,000 tests, in a sign that the outbreak there is under control.

Six of the cases were linked to the Thai Rock restaurant in Wetherill Park and the source of one is being investigated.

On Friday Scott Morrison is meeting with state and territory leaders to discuss the national impact of the Victorian coronavirus outbreak.

The state recorded 403 new cases on Thursday, as it imposed mandatory mask-wearing in greater Melbourne and Mitchell Shire, and cracked down on those not properly undertaking social distancing.

‘Now is the moment to try and work together to get through this.’ 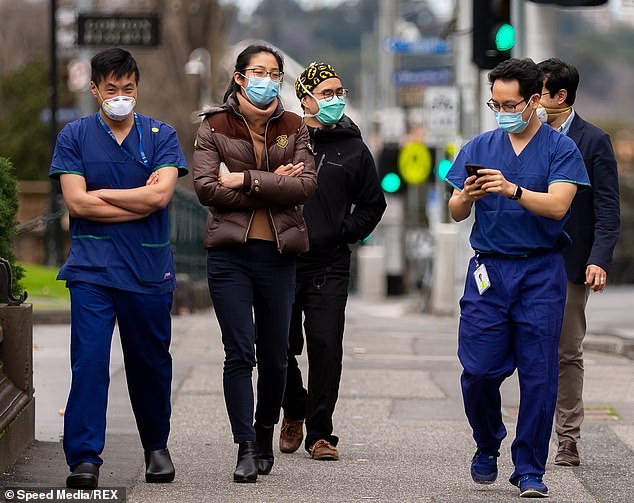 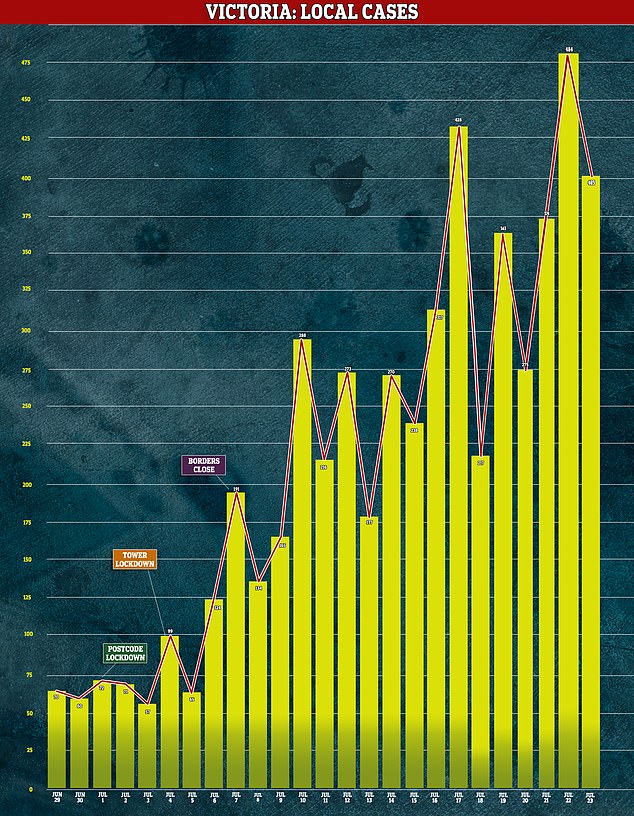 Treasury expects to see government debt exceed $850 billion and the federal budget hit a $184.5 billion deficit by the end of this financial year.

These estimates rely on Victoria sticking to six-week lockdowns and international borders reopening in January with two-week quarantine for anyone entering.

The unemployment rate is expected to peak at 9.25 per cent before Christmas, leaving another 240,000 people out of work.

The leaders will also be briefed on the timetable for easing restrictions and local outbreak planning.

Queensland has now identified Fairfield in Sydney’s southwest as a virus hotspot and has closed its border to people from that area unless they quarantine for 14 days. 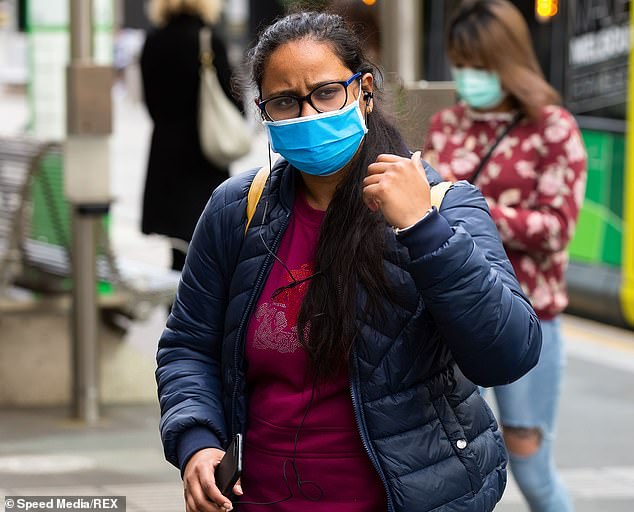 Masks are mandatory in Melbourne as of Thursday. Pictured: A resident in the CBD 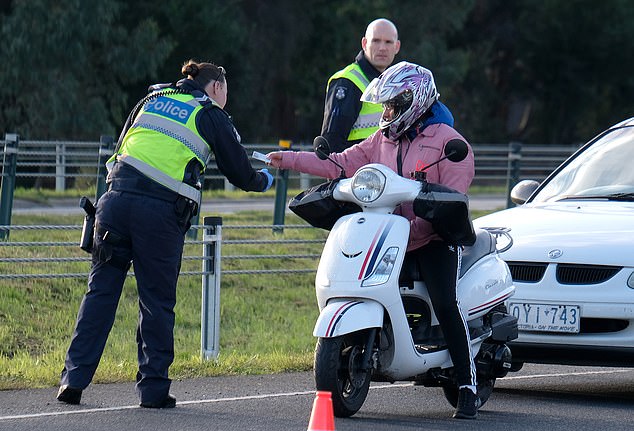 Pictured: Police conduct a licence check in Brimbank. The number of confirmed COVID-19 cases in Brimbank jumped by 64 on Thursday

Leaders hold concerns about the situation in Victoria, where almost 90 per cent of people who caught the disease over the past two weeks did not self-isolate between feeling sick and getting tested.

And more than half didn’t stay at home while waiting for their results.

Federal Health Minister Greg Hunt says staying home from work and isolating when ill or showing symptoms are critical to protecting the community and stemming the virus’ spread.

The national cabinet is also expected to deal with the issues of Indigenous wellbeing and an overhaul of the way major projects receive environmental approval. 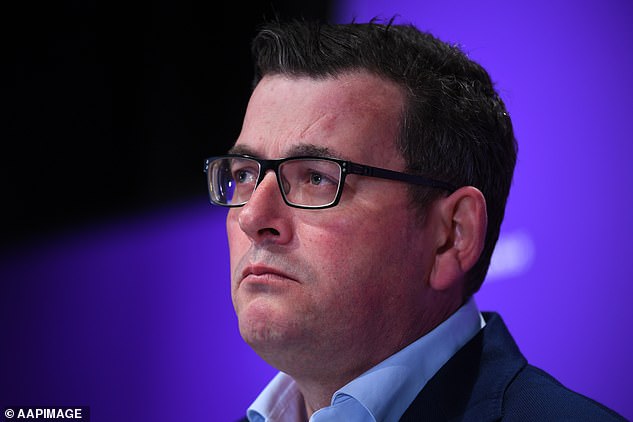