A kangaroo that was shot through the back with an arrow will hop away from the ordeal after the weapon was safely removed during life-saving surgery.

The four-year-old eastern grey kangaroo was found by Nancy O’Brien on her Bradleys Lane property in North Warrandyte.

Earlier in the day she had taken pictures of a group of kangaroos sunning themselves on the grass but when she looked back over the photos she realised one of them had an arrow sticking out of it’s back, The Herald Sun reported.

‘I recognised the one who was shot with the arrow. I can’t understand why anyone would want to harm them,’ she said.

She called immediately after she found the kangaroo but first attempts to catch it were unsuccessful.

The roo was eventually located by wildlife rescuer, Manfred Zabinskas, who tracked her down before tranquillising her.

The injured animal, which was carrying a two-month-old joey, underwent life-saving surgery to remove the arrow from her back.

The operation was a success and she is expected to make a full recovery. Her joey remains in good health.

She will be placed in the care of a wildlife shelter for 10 days before being released back into the wild with her joey. 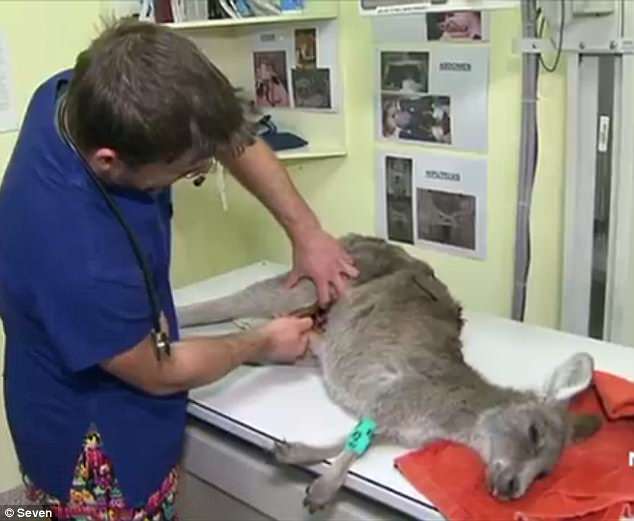 The operation was a success and she is expected to make a full recovery. Her joey remains in good health 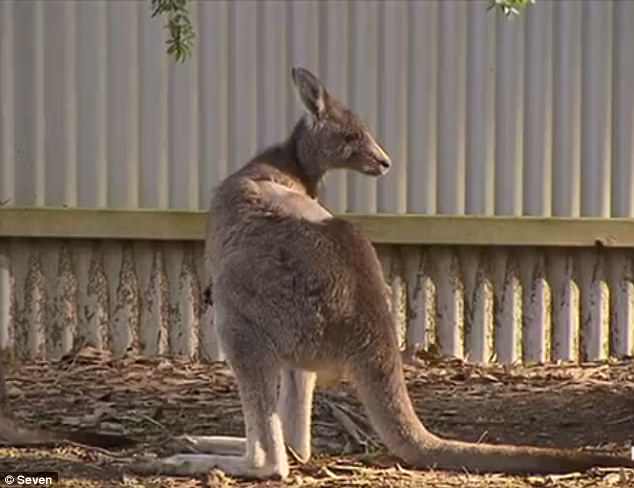 Mr Zabinskas said the arrow was lodged right next to some of her vital organs.

‘She is very lucky. They have done X-rays and miraculously the arrow was millimetres away from her spine and other vital organs,’ he said.

‘Her joey is way too young to survive without her so I will take her home where she can recover.

Police have described the act as cowardly and are searching for the shooter.