A Victorian Liberal candidate called Indigenous land rights ‘bollocks’ and said that if everything has to be Aboriginal we might as well ‘get our camping chairs and live in the desert’.

Timothy Dragan also said in leaked recording that he would ban abortion, which he argued was ‘murder’, and would cross the floor to vote down climate change bills.

Mr Dragan, who is contesting the traditionally safe Labor seat of Narre Warren North in Melbourne’s south-east, claimed people in his electorate ‘do not care about climate change’.

Liberal Victorian state election candidate Tim Dragan has been recorded expressing ultra-conservative views, including that land rights are ‘bollocks’ and that abortion is murder

He said if the Liberals wanted ‘clean’ energy, then nuclear was a better option and its waste could be dumped in the Northern Territory Outback, ‘near Alice Springs’.

Mr Dragan also hit out at fellow Liberal Brad Battin, who holds the neighbouring seat of Berwick, calling him a ‘prick’ and an ‘egotist’.

He accused Mr Battin of ‘making up crap’ by calling him a ‘religious nut’.

The recording of Mr Dragan’s remarks was taken during a conversation outside an early voting centre on Tuesday in his electorate on Tuesday and sent to The Age.

Mr Dragan said there was no such thing as ‘traditional Australians’ because Australia as a nation is a ‘post-colonial concept’.

‘We won this land fair and square,’ he said. 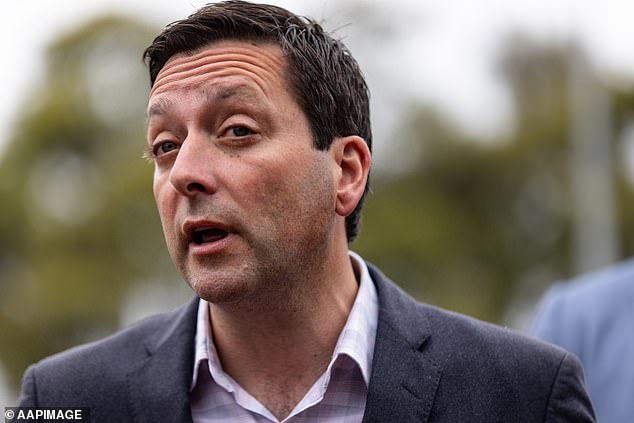 Liberal opposition leader Matthew Guy faces pressure from the Teals, who have taken votes off the Liberals federally by saying the party has moved too far to the right

‘Everything that you find now, all these institutions, even this government thing they got, it’s European – it’s not bloody Aboriginal.

‘If we’re going to go by what’s Aboriginal, we might as well abolish everything, get our camping chairs and live in the desert.’

He argued the settlers won Australia ‘fair and square’ and that giving it back to Aboriginals would be like giving Britain back to the Vikings or Romania giving Transylvania back to the Hungarians, which showed it was ‘absolute bollocks’.

The Anglo-Saxons were in Britain well before the Vikings arrived and eventually pushed out the Norse invaders, until being conquered by the Normans in 1066.

Mr Dragan also said he was very much in favour of women’s rights and health but he believed that ‘two cells combined are actually a human’.

He argued a baby is not a ‘developed human’, so why should ‘passage through the vagina’ mean you can no longer ‘murder a human’ and vowed to cross the floor to vote against abortion.

When The Age approached Mr Dragan about the views expressed in the recording on Saturday he declined to comment before rushing to his car. 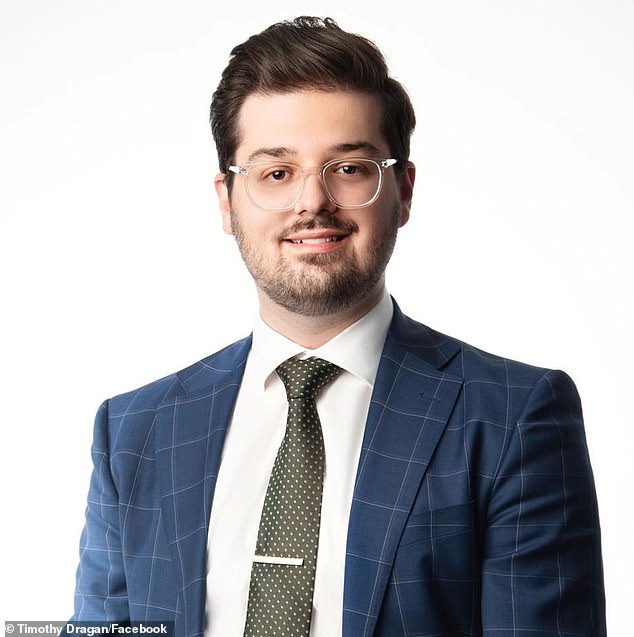 Mr Dragan stated that he would be willing to cross the floor to vote against renewable energy, and has argued for Victoria to use nuclear power and more gas instead

Later that day, the Liberal Party released a statement from Mr Dragan offering an ‘unreserved apology’ for what he called ‘insensitive and inappropriate language’.

Mr Dragan said his views were his own and did not reflect Liberal policy positions.

Mr Dragan has twice a signed a ‘Statement on Social Justice’, which was based on a Christian theological argument that women may take part in decision-making but the ultimate authority always rests with men.

Liberal leader Matthew Guy is already under pressure to show his party is not beholden to conservative Christian views as it tries to fend off the Teals, who threaten to repeat their national success at stealing once safe Liberal seats.

The Teals, which are backed by wealthy climate change activists, accuse the Liberals of going too far to the right and offer progressive social policies.

Mr Guy was forced to distance himself from Liberal upper house candidate Renee Heath and banned her from the party room after revelations she received training from ultra-conservative churches. 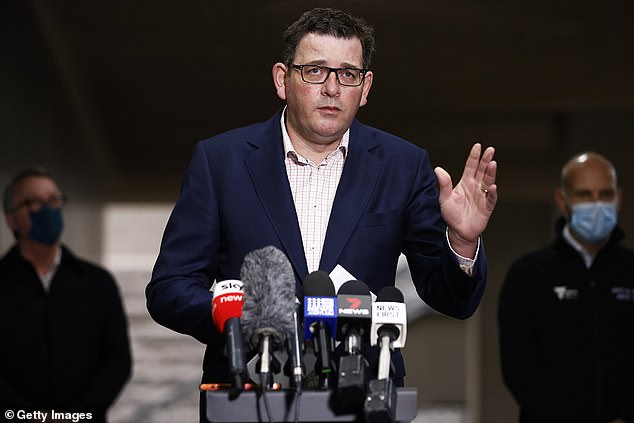 Mr Dragan, who is chairman of the Narre Warren North Liberal branch, previously told local newspaper the Dandenong Star the main issues he was running on were the Andrews Government’s ‘broken promises’ on health and energy costs.

‘We have seen our healthcare in decline even though Dan (Andrews) promised to fix it in 2014,’ he said.

The 26-year-old, who works as a recruiting specialist, also said allowing the state to use more of its natural gas would help with spiralling cost of living expenses.

‘As a person who comes from a large family and commutes to work, I can truly understand the difficulty of cost of living,’ he said.

‘I think that releasing our natural gas potential will help lower energy prices and give people tangible relief.’

The Liberals face an uphill battle to stop Mr Andrews from securing a third term after Saturday’s polling finish and seats such as Narre Warren North are ones the party will target to take out of Labor hands.