From the New Year fans of Peaky Blinders can visit the 19th century jail where members of the real-life gang spent their time behind bars.

Birmingham’s eerie Steelhouse Lane Lock-up, which operated from 1891 to 2016 is opening its doors to the general public from January, after previously running open days a few times a year.

The Grade-II listed 19th century jail housed the original members of the Peaky Blinders who inspired the the Bafta award-winning BBC series written by Steven Knight.

The mug shots of Harry Fowler, Ernest Bayles, Stephen McHickie and Thomas Gilbert, wearing their trademark flat caps, even adorn the walls of the 128-year-old prison.

Guests can walk in the footsteps of the infamous crooks and look inside the cells of the former custody suite, which was transformed into a museum in 2017.

The building also features stained glass windows, a tunnel through which criminals made the walk to court, art deco door handles and old fashioned interview rooms. 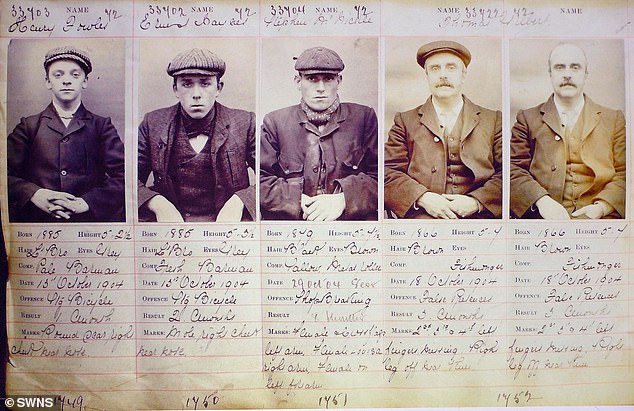 Other West Midlands Police memorabilia includes the UK’s biggest mugshot collection and what is believed to be the oldest police custody photograph in the world.

Inspector Steve Rice, who works on the West Midlands Police Heritage Project, said: ‘Its a late Victorian building which over the years has had many notorious criminals.

‘People often ask me if the Peaky Blinders are a real gang, they were and they caused misery to a lot of people in the city so we are careful not to glorify their actions. 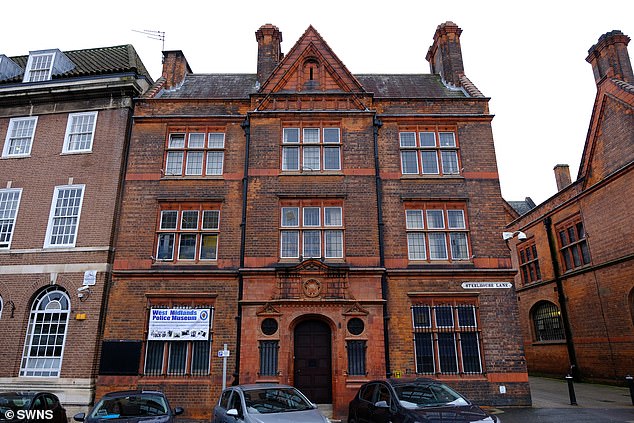 The Steelhouse Lane Lock-up (pictured above), operated from 1891 to 2016 and is opening its doors to the general public after previously holding open days a few times a year 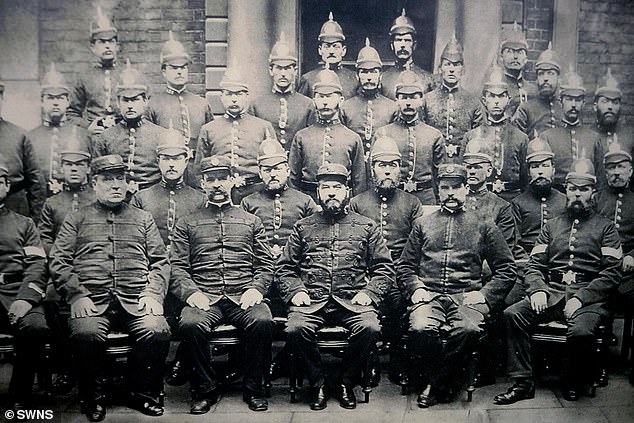 The museum includes the UK’s biggest mugshot collection. An undated photo of police officers on display inside the Victorian jailhouse (pictured) 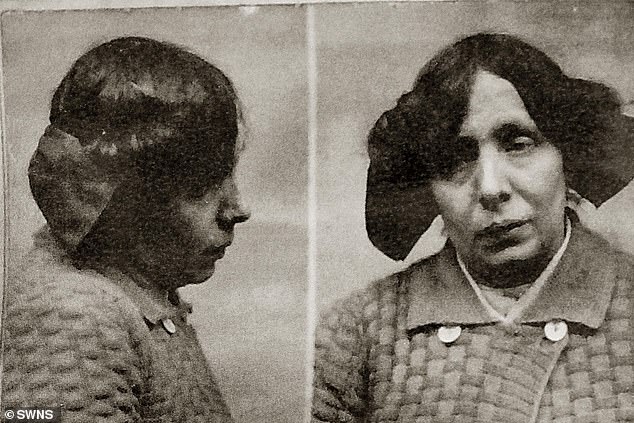 One of the inmates, 27-year-old Gertrude Myers (pictured above) served 14 days in prison and was then deported for soliciting in 1913 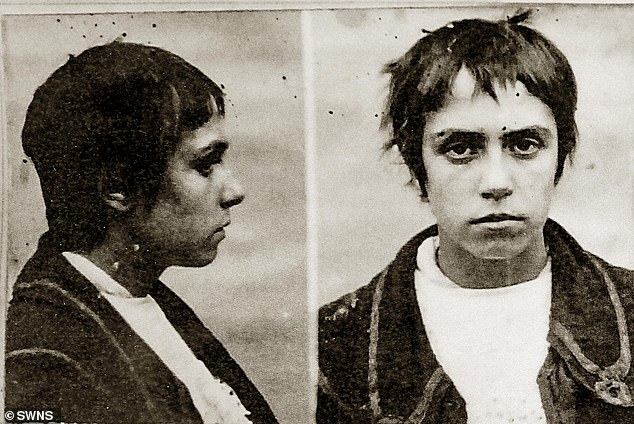 Another prisoner, 15 year old Winnie Moorcroft seen here, was sent to a reformatory for housebreaking in 1912

‘We like to give people the facts about them. They are criminals at the end of the day.

‘Our records have them down for offences like stealing but we know they moved into illegal practices involving horse racing and betting.

‘The building also has a tunnel where thousands of criminals would have made the walk from the cells to court to learn their fate.

‘Its quite chilling to think what would be going through their heads at they made this walk, sometimes to face the death sentence. 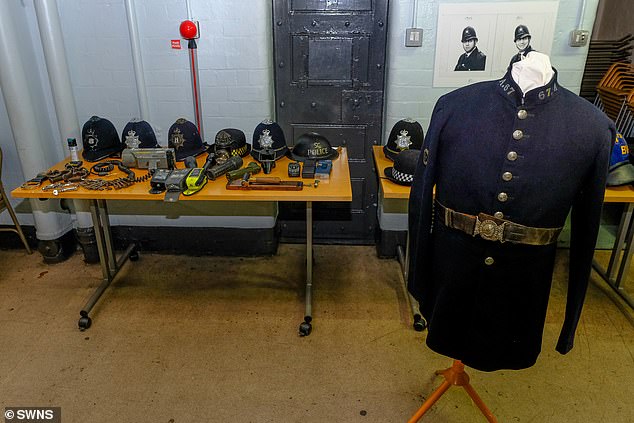 ‘We aim to educate visitors mainly about all aspects of policing and the history of the force. There are old helmets, uniforms, body armour and handcuffs people can try on.

‘Going forward our plans are to move the police museum in Sparkhill to this location and we currently have a bid in place with the National Lottery Heritage Fund.’ 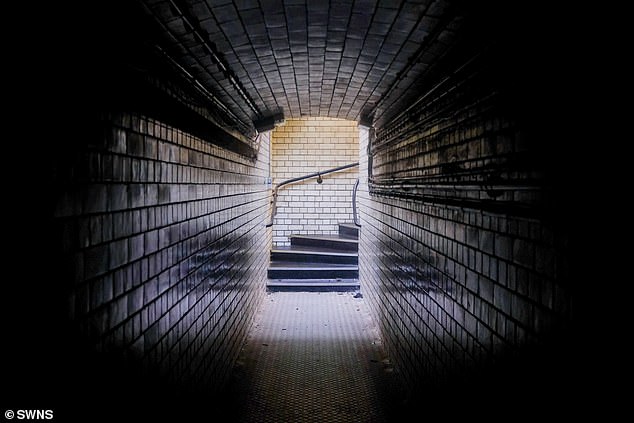 The building features stained glass windows, a tunnel through which criminals made the walk to court, art deco door handles and old fashioned interview rooms

The Peaky Blinders earned their chilling nickname after sewing razor blades into the peaks of their flat caps, so they could blind rival gangsters by headbutting them.

They ruled the industrialised areas of Bordesley Green and Small Heath in the early 1900s, when the city was one of the world’s most important manufacturing hubs.

Police records reveal they were jailed for relatively minor offences from breaking into shops, bike theft and ‘false pretences’ in October 1904. 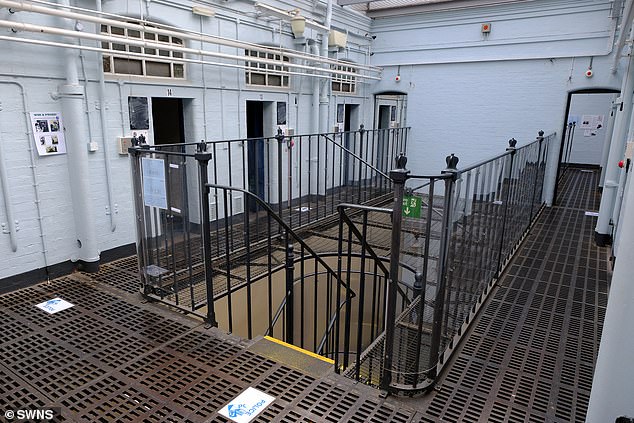 Court records referred to the gang members as ‘foul-mouthed young men who stalk the streets in drunken groups, insulting and mugging passers-by’.

The BBC show has ran for five series so far and is centered on the gang and their fierce boss Tommy Shelby.

The jail will open its doors to the public on January 3 offering 90 minute guided tours.