A dozen top athletes’ Olympic dreams have been dashed after Australia’s swimming body refused to adopt Covid-safe measures at the Tokyo trials.

The group of 12 Victorian swimmers were granted exemptions on Tuesday by the South Australian Government to enter the state for the trials in Adelaide this week.

But on Thursday, the decision was sensationally reversed after Swimming Australia refused to implement measures recommended by SA Health.

Victoria recorded four new local cases of of the virus on Thursday morning, bringing the total number of active cases up to 73. 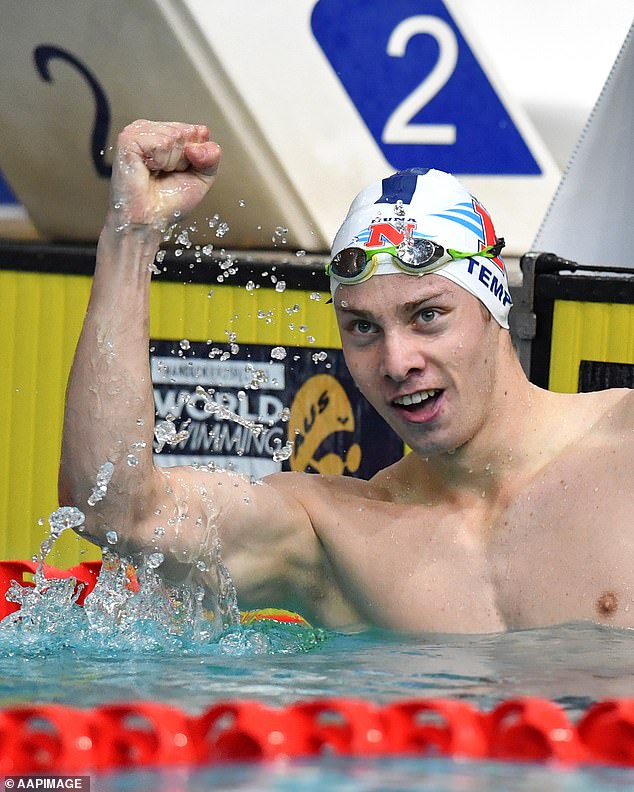 Pictured: Victorian swimmer Matthew Temple after winning the 100-metre butterfly during the World Swimming Trials. Temple was flown to Queensland when Victoria went into lockdown

The main point of contention was that swim bosses did not create a sterile corridor to ensure travellers from the state do not come into direct contact with any other athletes, coaches, staff, or spectators.

SA Health said the decision to bar Victorians from entering the state was made to keep the local community safe.

‘The event organisers were unable to implement changes suggested by SA Health for the event, which has resulted in 12 Victorian swimmers unable to participate,’ it said.

‘When we have to restrict movement from other jurisdictions into South Australia because of a serious Covid outbreak, first and foremost, we prioritise the health and wellbeing of the South Australian community.’ 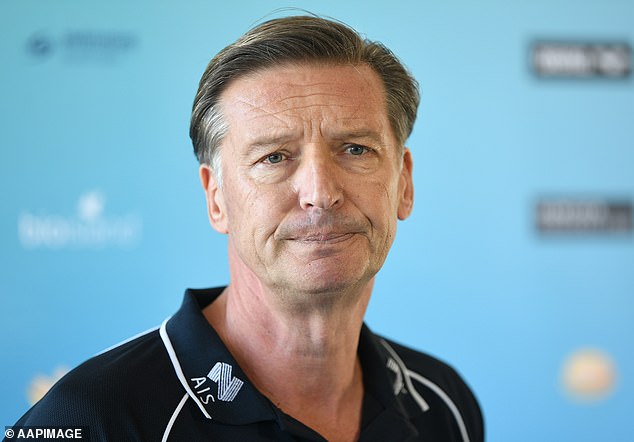 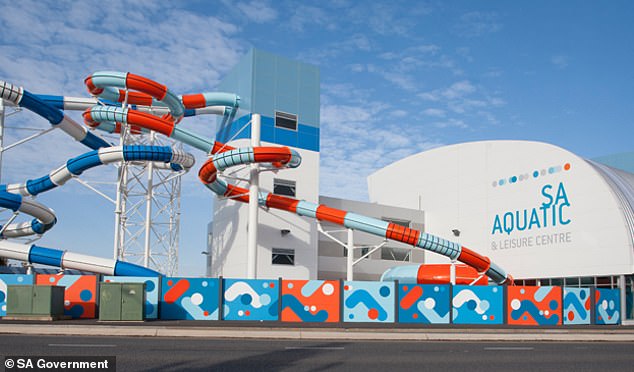 But Swimming Australia chief executive Alex Baumann hit back saying implementing the sterile corridor was impossible due to the nature of the sport, and the decision to ban Victorians was unfair.

‘We empathise with the athletes who are unable to compete in Adelaide at the 2021 Australian Swimming trials due to the South Australian Government’s Covid restrictions,’ he said.

‘Ideally, we would of course want everyone who qualified to compete, but that is just not possible with the restrictions required by SA Health to safely deliver the event.’

The same measures were successfully adopted by the AFL last weekend when Collingwood players travelled to South Australia.

The trials will be the last chance for Australians to qualify for the Olympics, which start on July 23. 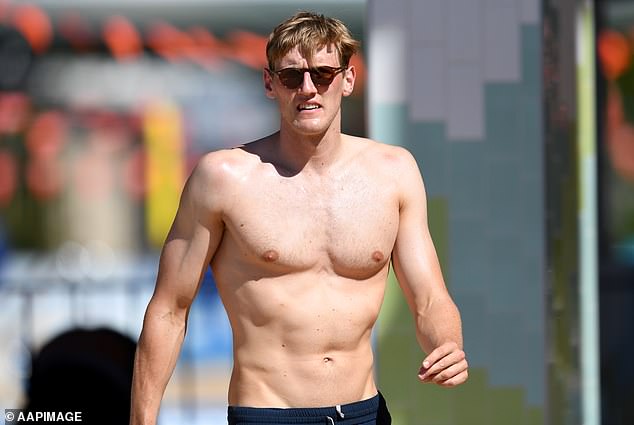 Swimming Australia also copped criticism this week after it moved its top-performing athletes to Queensland just after lockdown started in Victoria three weeks ago, leaving the lower-tiered performers behind.

Olympic champion Mack Horton was among those who raced to Queensland on May 26, alongside Matthew Temple, Bowen Gough, and Brendon Smith.

Melbourne Olympic hopeful Jackson Car, 20, was among the athletes stuck in the border bungle, but pushed for qualifying events to be held in Victoria.

‘Every other organisation has worked around Covid to come up with a solution to keep going, however Swimming Australia doesn’t want to entertain that idea,’ he told The Advertiser.

‘Every one of these kids has qualified for Olympic trials and it has been shut up. They are devastated.’