She made her debut as a Victoria’s Secret model back in 2013, before graduating to the coveted role of Angel for the lingerie giant just two years later.

And Martha Hunt, 29, showed exactly why she’s among the chosen few who model for the brand recently, when she stepped out in a leopard-print string bikini at the Barcelona edition of W Hotels’ Wake Up Call music festival.

Joined by fellow Angel Romee Strijd, 23, who turned heads in a powder blue satin negligee while posing above the golden shores of the Spanish city, as the multi-day festival — which kicked off in Los Angeles earlier this month — got underway. 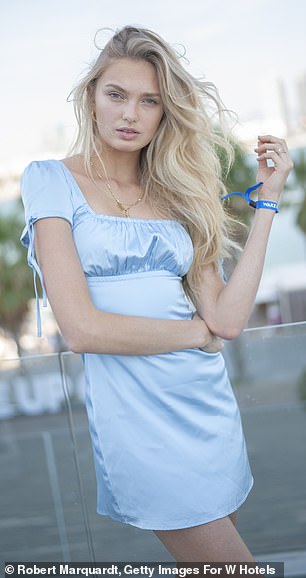 Fest: Martha Hunt, left, and Romee Strijd, right, were among the Victoria’s Secret models who attended the Barcelona edition of W Hotels’ Wake Up Call music festival over the weekend

As she soaked up the sunshine, Martha gave her barely-there swimwear a slumber party feel, complementing her ensemble with a cream pyjama blazer.

Jazzing up her look with a delicate necklace, the American beauty appeared to be in jovial spirits as she soaked up the celebratory atmosphere and mingled with VIPs.

Later in the day, the stars glammed up their looks as they stepped out in glittering gowns for the night portion of the event. 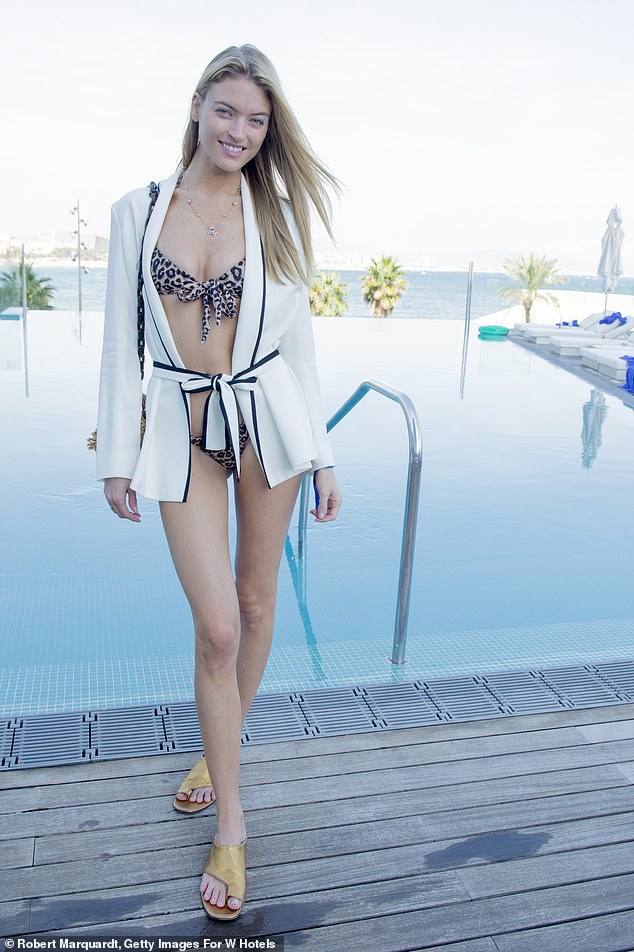 Wow: American beauty Martha turned heads as she stepped out in a leopard-print string bikini 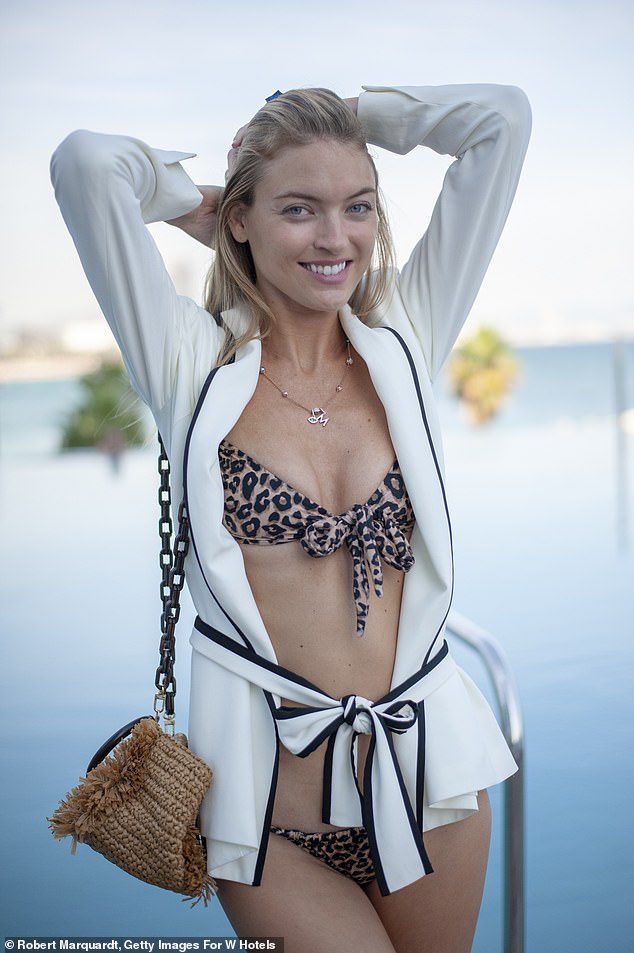 Blazer: As she soaked up the sunshine, Martha gave her barely-there swimwear a slumber party feel, complementing her ensemble with a cream pyjama blazer 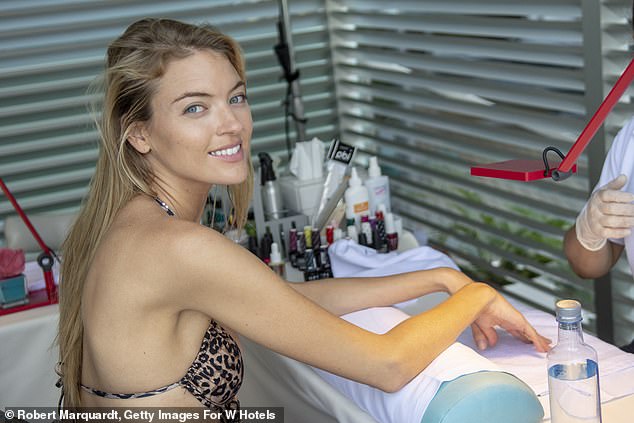 Nailed it: The blonde beauty made the most of the luxuries on offer as she enjoyed a manicure 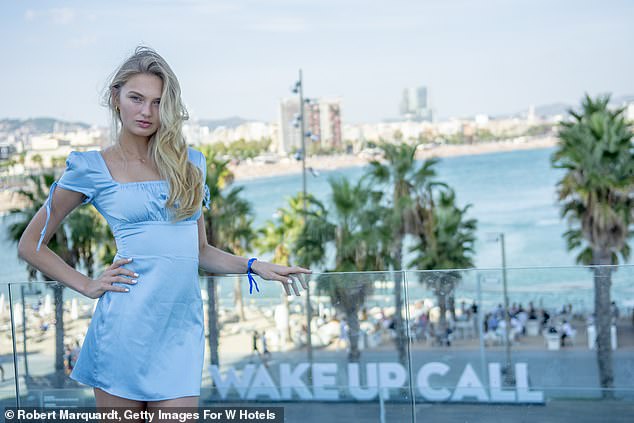 And, as they enjoyed refreshing beverages in a specially reserved VIP section of the popular hotel, the ladies were joined by fellow Victoria’s Secret stars Emily DiDonato, 27, and Elsa Hosk, 29, each of whom caught the eye in their ensembles of choice.

Also among the revellers was Spanish actress Paz Vega, 42, who was joined at the event by her husband of 16 years, Orson Salazar.

During the festivities, each of the models took to their Instagram accounts to share snapshots of their time in the picturesque Spanish city as they partied day and night.

The Wake Up Call music festival is next set to stop at a W Hotel in Bali, before the event makes its way to Dubai next year. 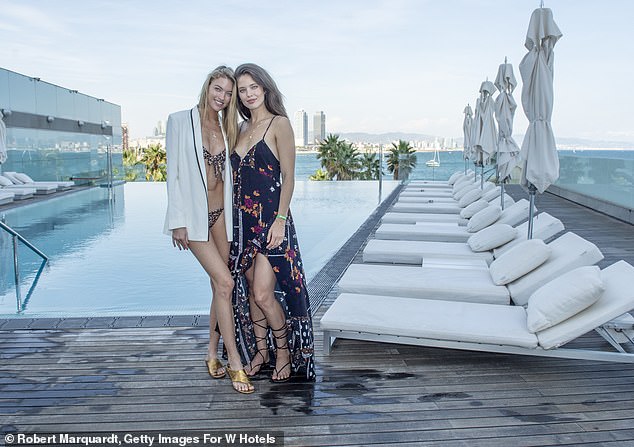 Strike a pose: At the event, she posed alongside fellow Victoria’s Secret model Emily DiDonato 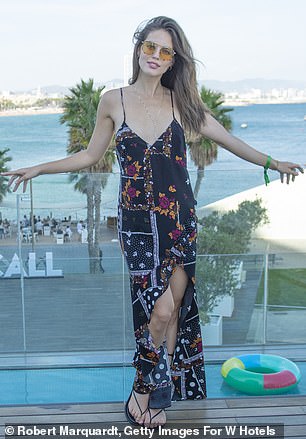 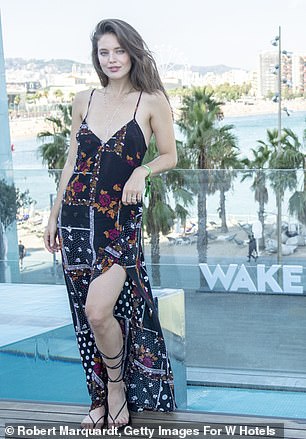 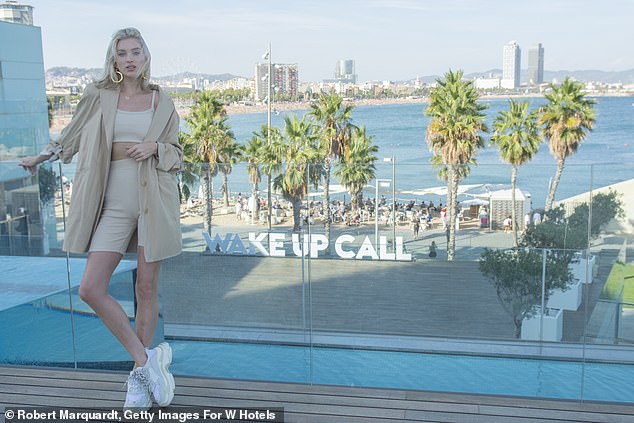 Khaki: Also joining in the festivities was model Elsa Hosk, who stepped out in a khaki ensemble 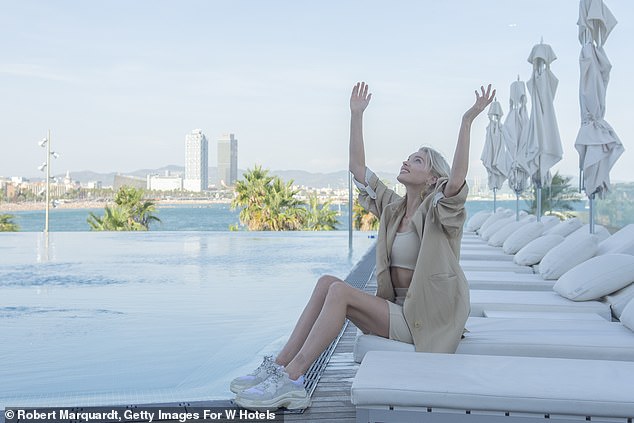 Ham: She hammed it up for the cameras as she relaxed by the hotel’s sparkling swimming pool

It’s been a busy month for Martha, who walked at Jason Wu’s New York Fashion Week show, a day after hosting the launch of a special edition vodka.

At the show she decorated her body with temporary inkings to walk the runway in a black bra and patterned skinny pants and heels.

Born in North Carolina, she moved to New York as a teenager and signed with IMG Models. She began her modelling career in 2007 at the age of 18. 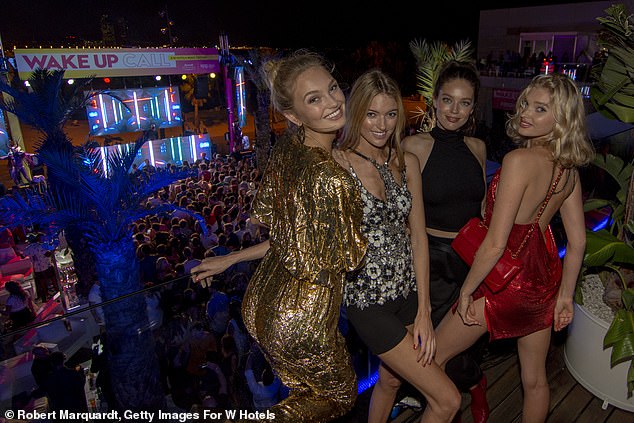 So glam: Later in the evening, the ladies switched out their day wear for glamorous ensembles 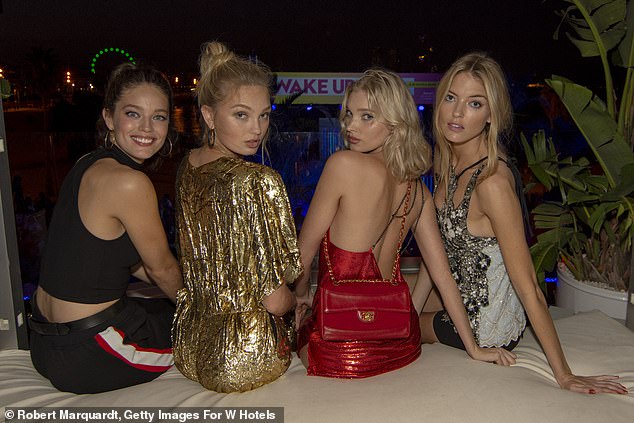 Golden girl: Romee caught the eye as she relaxed in the VIP area in a glittering golden gown 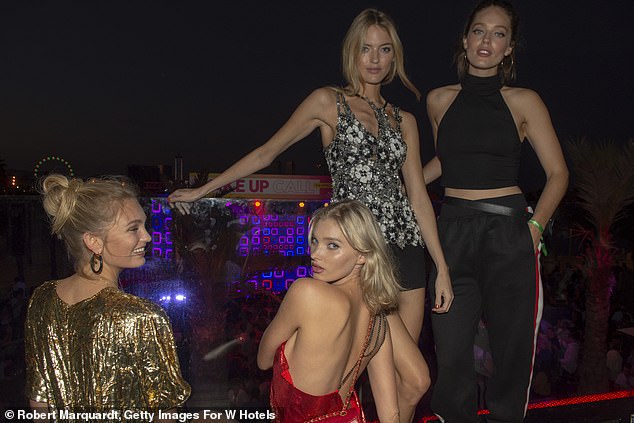 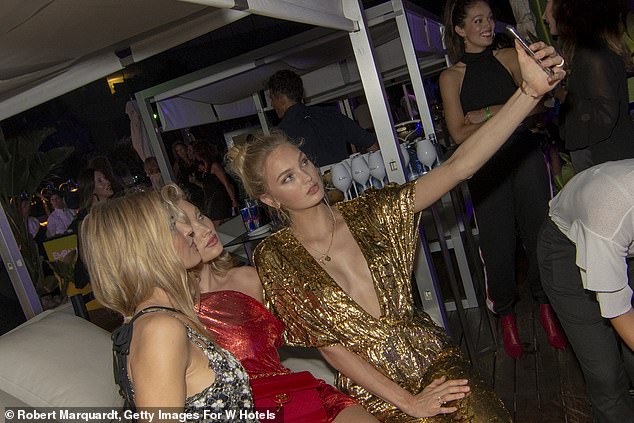 Always on duty: The ladies couldn’t resist the opportunity to pose for selfies as they parrtied 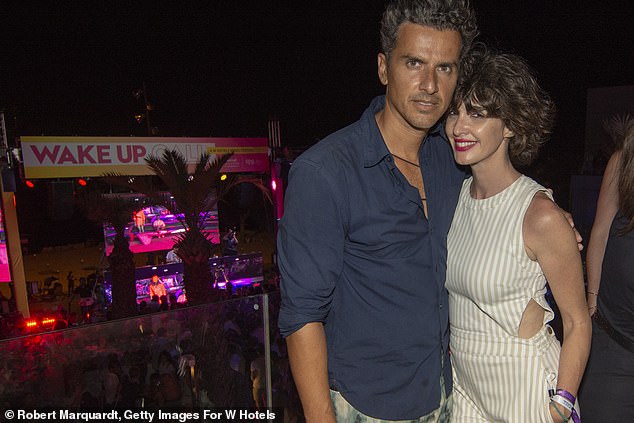 Revellers: Also among the revellers was Spanish actress Paz Vega, 42, who was joined at the event by her husband of 16 years, Orson Salazar