Victoria’s state Parliament goes into lockdown over a ‘bomb threat’

Victoria’s state Parliament goes into lockdown over a ‘bomb threat’

Victoria’s state parliament in Melbourne went into lockdown over an alleged bomb threat.

Police arrived at the scene and have blocked entrances into the building.

It’s alleged a phone call threat was made.

All construction work inside the building has stopped while the state opposition was forced to cancel a scheduled press conference.

Members of the public scheduled to take a parliament tour were also locked out during the incident.

‘Dear members, we have advised that there has been an alleged bomb threat to Parliament House’, an email to MPs sent at 11.50am read.

‘The police are investigating, and we will send an email update as soon as we have more information.’

‘Police completed a safety check at a Spring Street building in Melbourne,’ a statement read.

Police were called to the building about 10.45am this morning. The building has been deemed safe.’

The incident comes weeks out from the November 26 state election. 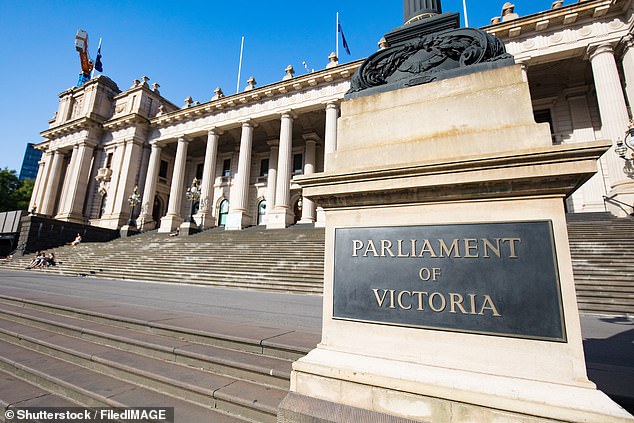 ‘We experienced a lot of this during state of emergency debate and extremists are still attempting to intimidate members of parliament and influence the coming election,’ she said.

‘This is a dangerous time in our democracy.’