By Levi Parsons and Kylie Stevens For Daily Mail Australia

Victoria’s snap-seven day lockdown is likely to be extended for another week, as Dan Andrews’ cabinet holds crisis talks after nine new infections and yet another aged-care facility is quarantined.

The Herald Sun reported the decision was made at a late-night meeting between policymakers and health officials on Tuesday.

A healthcare worker walks along a line of cars lined up at the Albert Park COVID-19 testing facility in Melbourne, Australia, 27 May 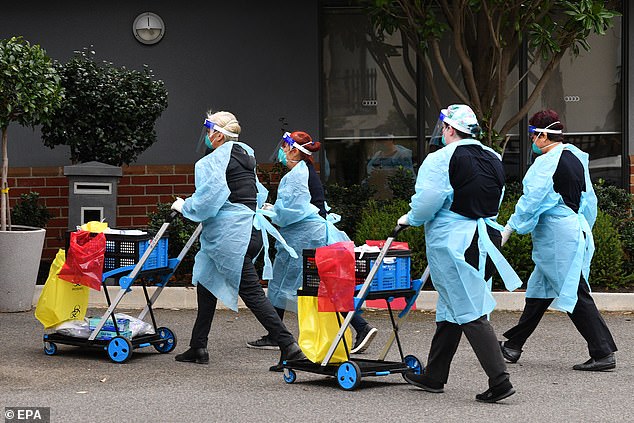 The cluster, which has been linked to a highly infectious double mutant Indian strain, grew to 54 cases on Tuesday, including nine new locally-acquired infections.

The lockdown is Victoria’s fourth in 14 months, as the list of exposure sites has now swelled to 329 venues.

The difficult news for long-suffering Victorians comes as yet another aged care home has been forced into lockdown on Tuesday after fears the facility had been exposed to the virus.

Menarock Life Aged Care facility in Heathmont, Melbourne’s east, sent an email warning staff that one of its workers had been identified as a primary contact of a Covid-positive case. 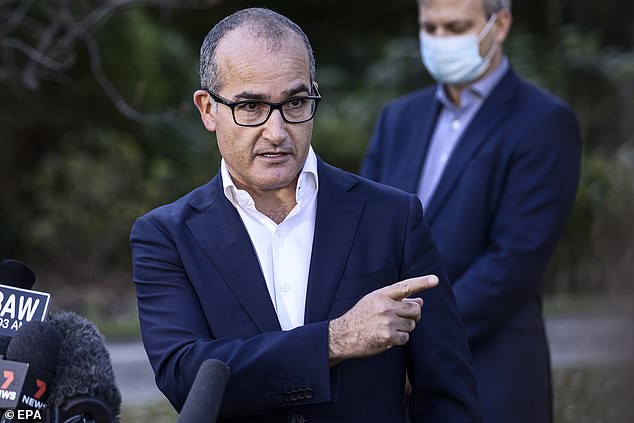 Acting Victorian Premier James Merlino, speaks to the media during a press conference in Melbourne, Australia, 31 May 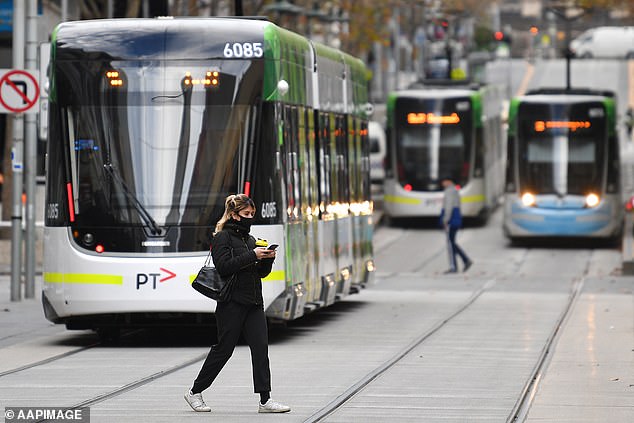 Near empty streets are seen in Melbourne, Tuesday, June 1

Residential manager Nellie Wang said ‘I understand how stressful it can be, but I assure you we are doing everything possible to minimise any effect on our close-knit community’.

‘I have been advised by the Victorian department of health Greenway Gardens should enter a full lockdown of the entire facility immediately.

‘All residents (are) required to be isolated in their rooms until further notice.

Any staff who worked at the facility on May 31 between 7am to 3pm is now required to get tested immediately and self-isolate until they receive a negative test result.