A flourishing video game entrepreneur died after he was allegedly attacked by a Latin Kings gang member outside a bar in New York City because he didn’t have an extra cigarette to share.

Jose Zambrano, 26, was heading home from Mezcaleria La Milagrosa, a small bar hidden behind a deli on Havemeyer Street in Brooklyn, around 4.30am on November 17 when a group of men approached him and asked for a cigarette.

‘They weren’t weren’t looking for a cigarette. They were looking for a fight,’ the bar owner, who remained anonymous, told New York Daily News.

After he said no, Zambrano’s friends say the group of men began to taunt him before he verbally fired back at the hecklers.

Feeling slighted, the group of men allegedly circled the block and attacked Zambrano.

Police say the men punched and flung Zambrano to the ground during the altercation.

Joshua Hernandez, a man authorities say is part of the Latin Kings, is reported to have fatally struck Zambrano in the back of the head and caused the Brooklyn native to hit his head on a nearby metal gate. 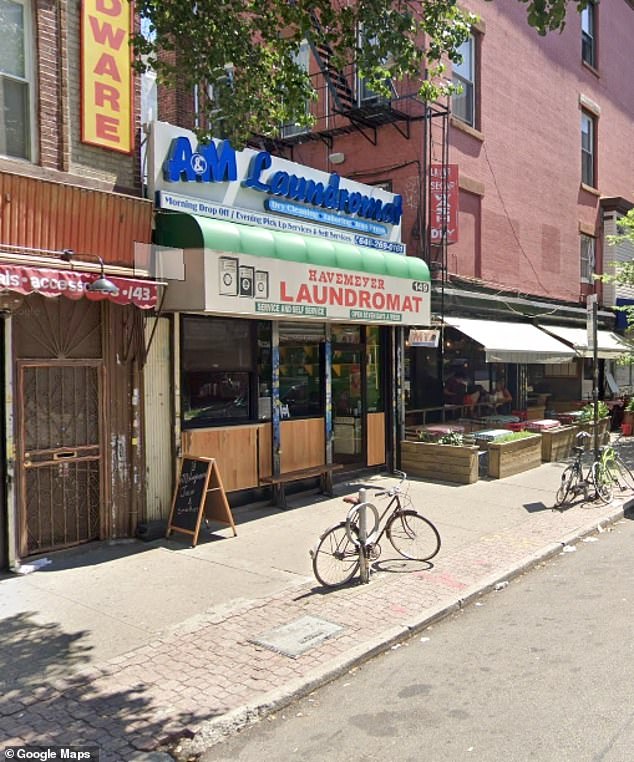 Zambrano was reportedly leaving Mezcaleria La Milagrosa (pictured) around 4.30am on Sunday when Joshua Hernandez and a group of men approached him

A bartender went to assist Zambrano while the alleged gang members fled the scene.

Zambrano was transported to the Bellevue Hospital Center’s intensive care unit where he was surrounded by loved ones before he passed away on Thursday, four days after the initial assault.

Relatives from Venezuela, Houston and Miami rushed to his bedside, and later loved ones mourned Zambrano’s passing at his apartment in Williamsburg.

Julie Piñero, Zambrano’s girlfriend, said: ‘He was visited by upwards of 40 friends and family who came to support and pay respects each day.’

‘To say he was beloved barely scratches the surface.’

Authorities found Hernandez, 25, at a Checkers restaurant hours after the attack and took him into police custody. 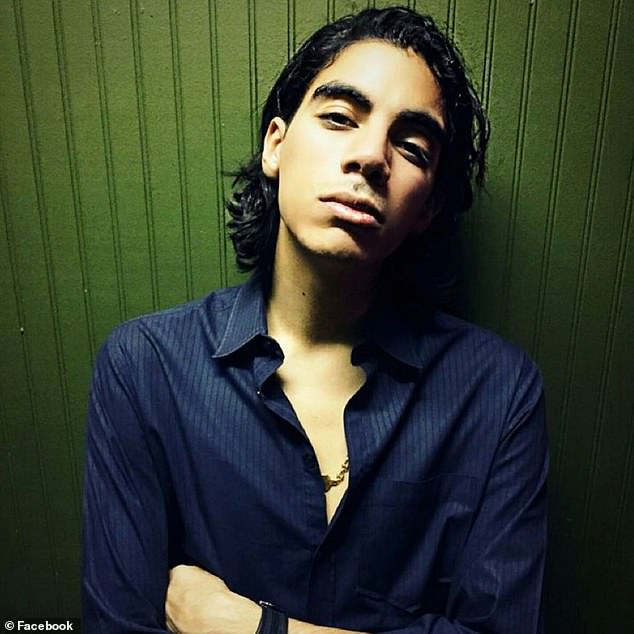 Piñero: ‘He was visited by upwards of 40 friends and family who came to support and pay respects each day. To say he was beloved barely scratches the surface’

He pleaded not guilty to a misdemeanor assault charge in a Brooklyn courtroom before bail was set at $20,000.

According to the Department of Justice, the Latin Kings are a street gang formed in Chicago the 1960s that consisted predominately of Mexican and Puerto Rican males.

The group was originally created to defy racial stereotypes, but devolved into criminal activities throughout the United States.

The New York chapter’s beginning is credited to Luis Felipe in 1986 while in the correctional system.

Those who associate with Bloodline also refer to themselves as ‘Almighty Latin King and Queen Nation (ALKQN).

In the aftermath of Zambrano’s death, the alleged Latin Kings member could face elevated charges.

Hernandez’s mother cried as her son was taken back into police custody and, once outside the courtroom, screamed at a reporter, ‘Yo, yo, get the f*** away, bro!’

New York Daily News reports that Hernandez has prior felony convictions, including a 2015 incident where he intentionally ran a bicycle into a police officer.

The officer was forced to get stitches as a result.

Despite law enforcement’s claims that Hernandez has gang affiliations, his mother says that’s simply not true.

She said: ‘He’s not no gang member. He’s a regular kid who goes to work. No one really knows what happened.’

Zambrano was a native of Venezuela and graduated from Suffolk University to pursue a career in finance.

He worked in a brokerage firm before refocusing his sights on game design, Zambrano’s roommate told New York Daily News.

Cameron Davis Colan said: ‘He realized (finance) wasn’t what he wanted to become, or what he loved.’ 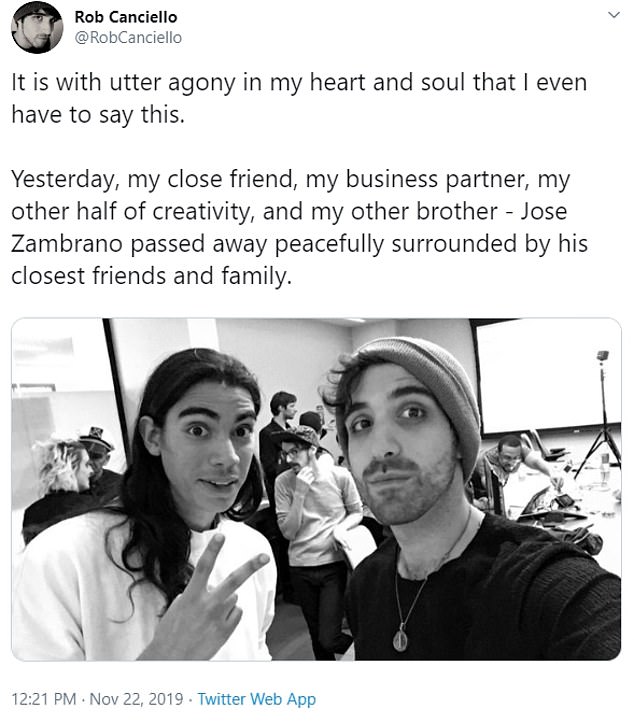 Zambrano parlayed his passions into a career focused on game design, taking an eight-week game-coding class in 2015 where he met his future development partner Robert Caniello.

Zambrano and Caniello would go on to create Stuido Studios, a virtual reality studio that produces interactive products like the horror game ‘Don’t Look Away.’

Caniello spoke out on Twitter to express his grief over the loss of his business partner and close friend, Zambrano

Caniello: ‘I will never forget your courage. You and I still have so much more to do. Burn on in my heart and soul forever’

‘It is with utter agony in my heart and soul that I even have to say this. Yesterday, my close friend, my business partner, my other half of creativity, and my other brother – Jose Zambrano passed away peacefully surrounded by his closest friends and family,’ he said.

‘I will never forget your courage. You and I still have so much more to do. Burn on in my heart and soul forever. I love you so f****** much.’

The medical examiner will determine Zambrano’s official cause of death.