Video of a bear crashing a family bbq and taking food

What’s even more shocking is the man in the video, named Josh, who gets in the bear’s path to try to save the steaks.

The video shows the bear coming toward the family, who appears to be shooting the footage from inside the house. 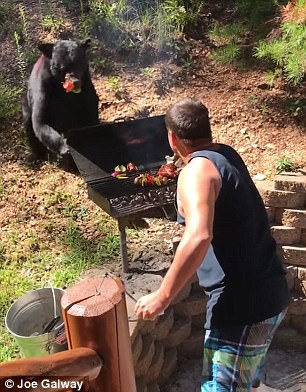 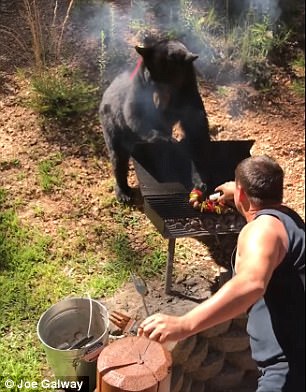 A man named Josh, stood up to the bear and try to shoo it away by snapping and throwing beer on it. When the animal wouldn’t leave he went toward it to try to recover the steak

The animal, who appears to be tagged, approaches and goes straight to the grill and starts sniffing and licking the food. It’s then that Josh is seen snapping at the bear and throwing beer at it.

He then makes a brave leap and is face-to-face with the bear with just the grill between them.

As the man gets closer to the beast, the family is heard panicking and yelling at the man to come back inside. A female voice say: ‘Josh! No! Quit, let him have it.’

Josh has a beer in one hand a large grilling fork in the other during his showdown with the black bear.

Another man, believed to be a grandfather, joins in the efforts.

Josh then picks up a piece of steak, throws it in the distance, and the bear goes after it.

Josh takes a piece of stake back inside and proudly holds it up for the family.

It’s unclear where and when this video was taken. 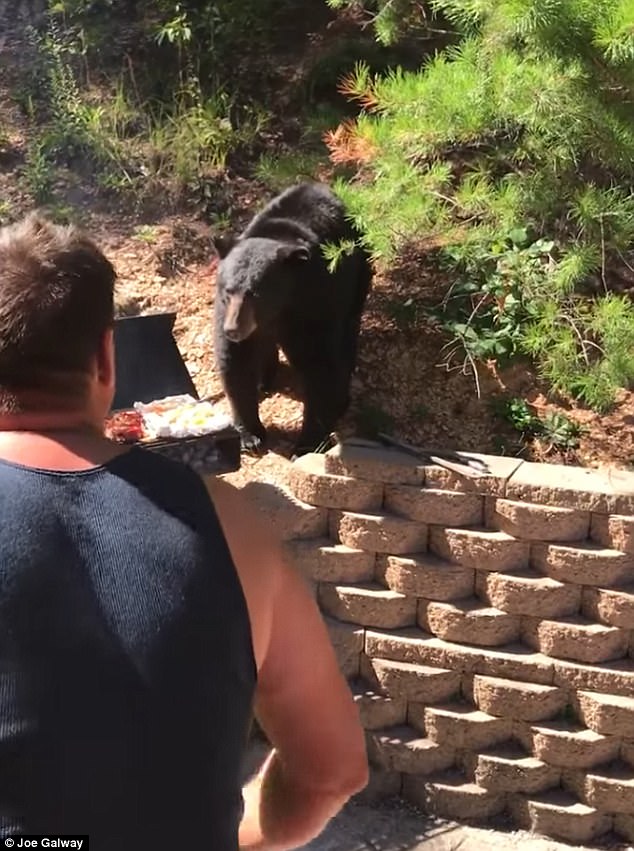 The family started to yell at Josh to come inside as they were nervous for his safety. But the man threw a streak away and the bear left