Video shows a K9 and deputy split to apprehend suspects

A police K9 helped his human partner take down a suspect in a dramatic body-cam video released by the Pasco County Sheriff’s Office in Florida.

According to the department, Deputy Nick Carmack and his K9 partner, Shep, were pursuing a stolen Ford Expedition in Hudson on Saturday when the SUV crashed and both suspects jumped out the car to flee.

As Deputy Carmack went after the passenger, Shep ran after the driver. The department said the dog splitting up from his partner to take down a suspect is ‘unusual’ but they were proud of Shep’s police work. 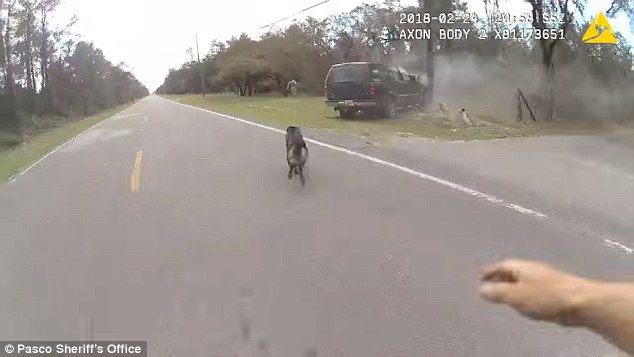 In Carmack’s body-cam video, the deputy is seen pursing one of the suspects as Shep ran after the second suspect, who was headed towards the woods 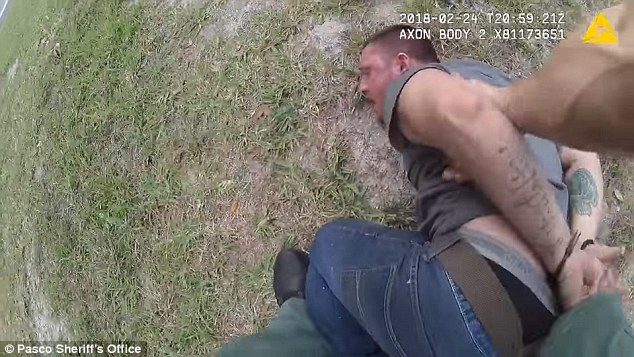 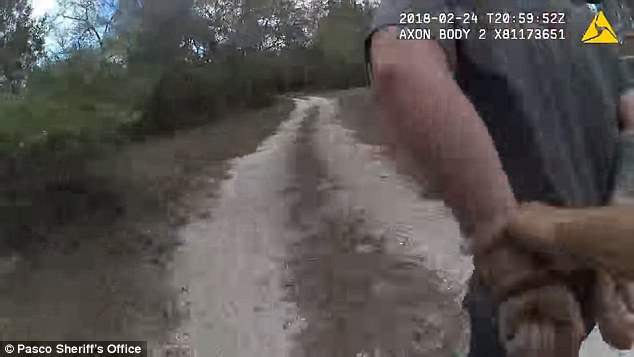 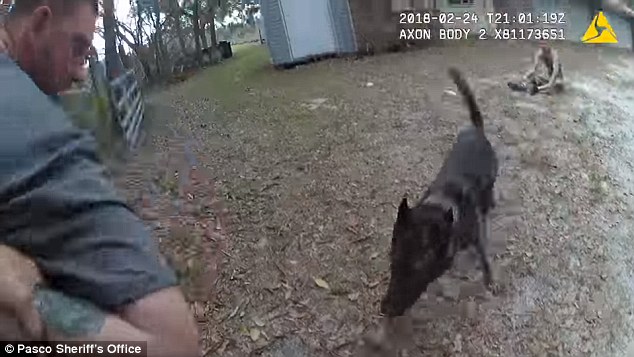 The footage begins with Deputy Carmack on a high-speed pursuit of the stolen vehicle. At one point, Carmack radios to dispatch that he reached a speed of 90 miles per hour and the suspects were trying to find a place to ditch the vehicle and run.

The car then crashes into a utility pole on Denton Avenue and both the driver and passenger jump out of the car and race towards the woods.

Deputy Carmack, who radios dispatch for assistance, hops out his cruiser with Shep by his side. The deputy tells the K9 to go after the driver, while he runs after the passenger.

Without hesitation, Shep sprints off into the woods after the driver. Carmack quickly subdues the passenger placing the man in handcuffs. He then makes the suspect get up and run into the woods with him so he can find his dog.

‘Shep, here,’ Carmack yells as he guides the one suspect through the woods. ‘Where is he?’

The deputy eventually spots his dog and radios to dispatch that Shep has a hold on the suspect but the man is dragging Shep further into the woods.

‘Get off my dog, bro. On the ground. On your face now. I’m gonna tase the s*** out of you,’ Carmack tells the suspect.

The man eventually drops to the ground, with his arm still in Shep’s grip. 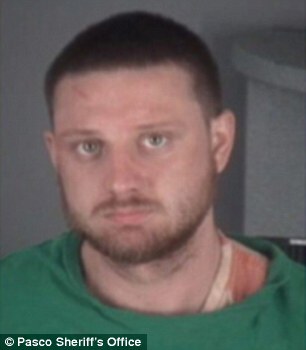 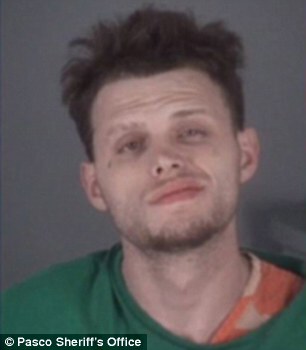 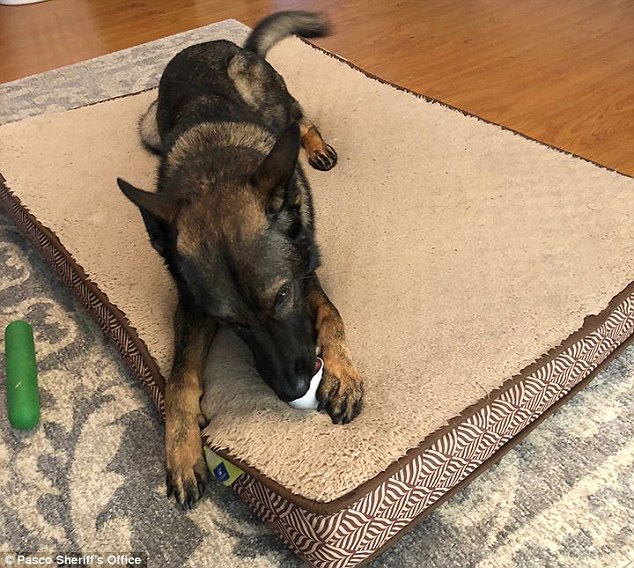 Deputy Carmack tells Shep to let the guy’s arm go and the dog runs back to his partner.

The Pasco County Sheriff’s Office said they were proud of Shep for the work he did to take down the second suspect.

‘In all reality, Shep is Nick’s partner. They go to work together every day,’ Sheriff Chris Nocco told WFLA. ‘They live in the same house together. Those two are very tight.’

The dramatic footage ends with Deputy Carmack praising his K9 partner for helping him catch the driver.

As for the suspects, identified as David Burton and Jacob Montgomery, they were both arrested.

Records state that Montgomery, 24, was charged with marijuana possession, motor vehicle theft, resisting an officer without violence and attempting to elude a police officer.

Burton, 23, was charged with methamphetamine possession and resisting an officer without violence.