The Colombia-born artist is married to Barca captain Gerard Pique, and the Spanish giants have released a matchday experience video in partnership with sponsor Rakuten.

Initially, the images show Liverpool mounting an attack during the second half in the remarkable 4-0 victory in May.

The footage then cuts to the Pique family home where Shakira is watching the game with her children.

One of the kids says, ‘If it stays like this, it doesn’t matter. We’ll go through to the final’ and Shakira replies ‘Yes honey’.

The child continues ‘But..’, only to be interrupted by the Anfield roar. 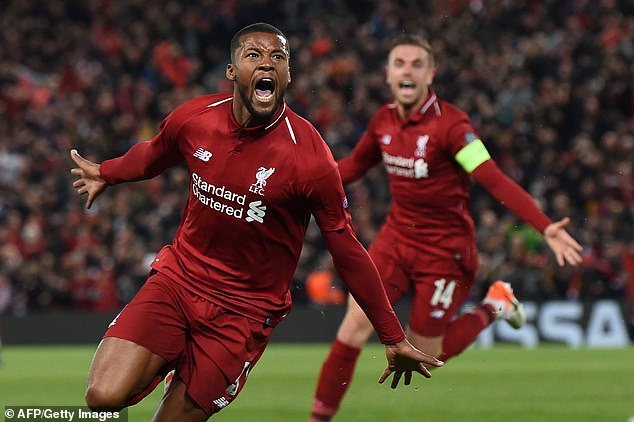 Shakira shouts ‘No! I can’t believe it! No!’ and grabs her son before turning away from the screen, refusing to believe what she has seen.

She was reacting to to Gini Wijnaldum’s towering header which leveled the aggregate score on 54 minutes, Liverpool’s third goal of the evening.

The clip features in the trailer for a new documentary series, ‘Matchday’, showing FC Barcelona ‘from the inside’. It will be premiere on Rakuten TV later this month.