Footage has been released of a 2014 Wendy’s shootout that took the lives of a ‘Cops’ sound technician and a robbery suspect at the fast food restaurant.

Crewman of the infamous crime TV show, Bryce Dion, was fatally shot in the armpit four years ago on August 26. The suspect, Cortez Washington, who first opened fire in the Omaha Wendy’s, was also killed in the crossfire.

Police had been responding to a report of an active robber in the burger joint at 4308 West Dodge Road when they entered and Washington immediately fired the rounds.

A Douglas County judge ordered the release of the video footage that shows how the fatal incident played out.

Footage finally released Tuesday shows how a 2014 shooting in a Omaha, Nebraska Wendy’s played out 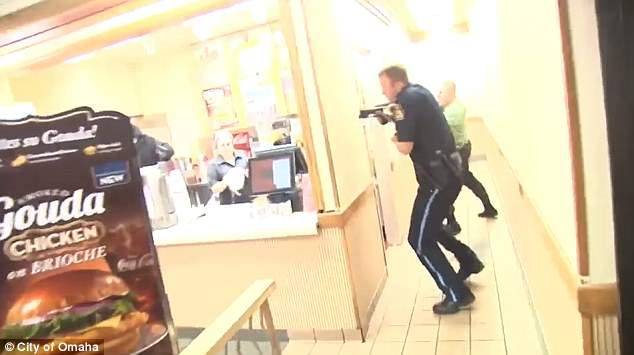 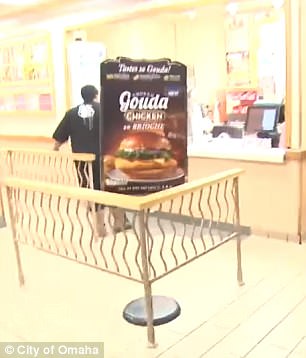 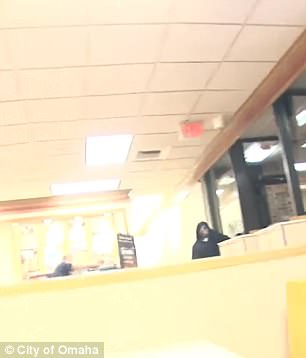 The suspect, Cortez Washington, is pictured right attempting to flee Wendy’s after he was caught

The video first shows police driving before pulling up to the Wendy’s to get out of the cruiser. Dion, who was riding along with them, followed.

Inside the Wendy’s, Washington is seen standing behind the counter wearing a black hoodie. He shot several rounds with an Airsoft Pellet gun.

Shortly after, Washington attempted to make his way out of the restaurant as police return fire.

The ‘Cops’ crewman was caught in the crossfire and at one point, shot in the armpit. He had been wearing a bulletproof vest which did not protect the area he was fatally wounded. 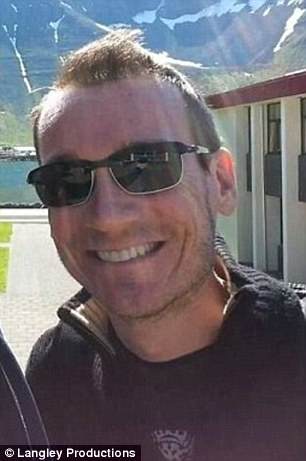 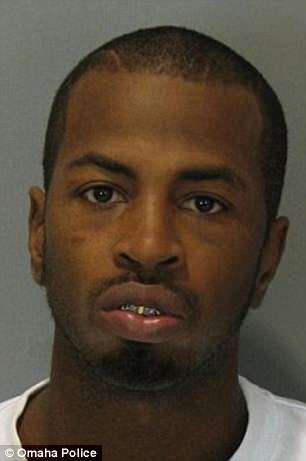 Dion after sits helplessly on the floor of the lobby. His death certificate said he survived for up to 20 minutes after he was shot.

An officer is heard telling Dion, ‘stay with me… stay with me,’ as he remains slouched over on the floor and further emergency personnel are heard arriving.

Washington was also killed in the shootout.

Two years ago, Dion’s brother, Trevor Dion, filed a wrongful death lawsuit against the city of Omaha over the incident. 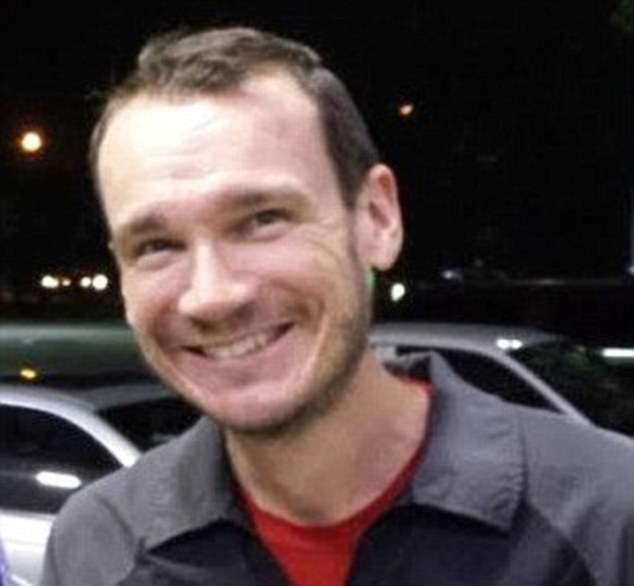 A happy Dion is pictured above in this undated photo. Dion’s brother, Trevor Dion, filed a wrongful death lawsuit against the city of Omaha two years after his 2014 death 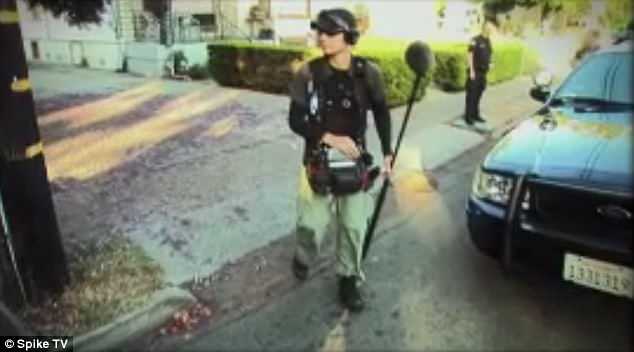 Dion is seen in this Spike TV television grab. He worked as a sound technician for the infamous TV crime show, ‘Cops’

A tribute for the late Dion, who was killed in the crossfire of the 2014 incident, is seen above in this Spike TV grab

The lawsuit said: ‘Bryce positioned himself where told, when told, and acted in accord with police officer instructions.

‘The perpetrator drew what appeared to be a pistol, but proved to be a pellet gun that simulated discharge.’

The suit further read: ‘Police responded with live rounds of ammunition. They shot and killed the perpetrator.

‘As they did so, they also shot and killed Bryce who was positioned as directed between at least one police officer who arrived at the scene belatedly, other police officers, and the perpetrator.’

The case is still ongoing. The video showing the incident played in court for the first time on Tuesday. 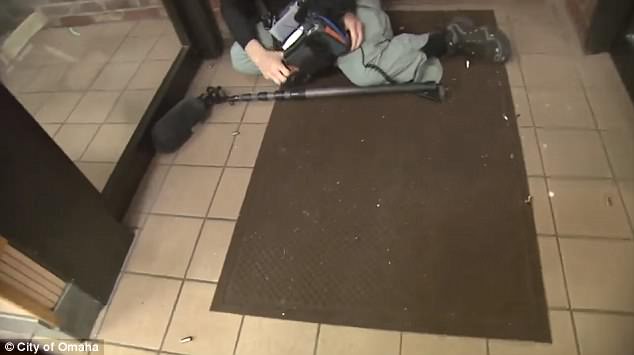 Dion is seen sitting helplessly on the floor of the lobby in pain after her was shot in the armpit on August 26, 2014 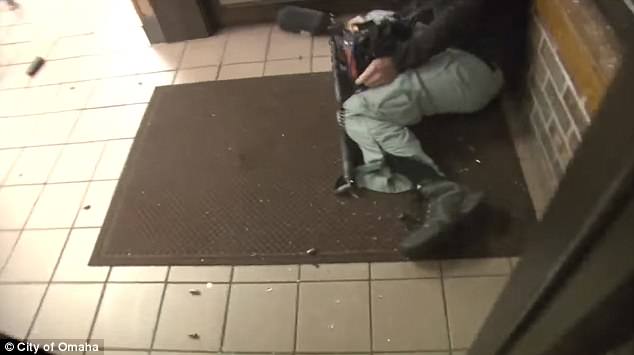 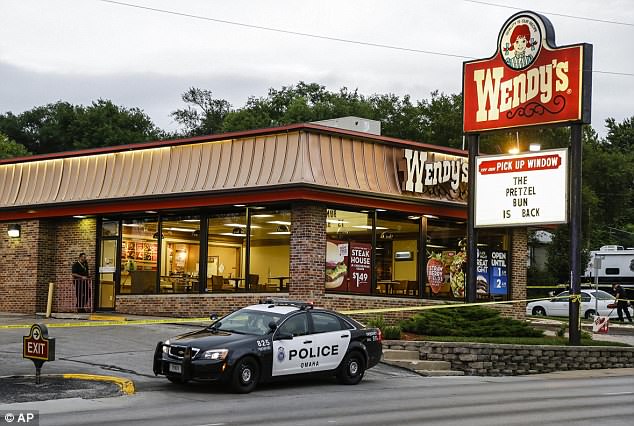