A black woman videoed an awkward encounter with a white woman at a Michigan supermarket after she blocked her from leaving the parking lot in her car.

Shaneeka Montgomery-Strickland, 43, was with her three children and attempting to leave the Detroit store on Saturday afternoon when the ‘Karen’ simply stood behind her vehicle and refused to budge.

Eventually the lady who has not been identified ended up calling the local police all the while Shaneeka recorded the entire encounter on her cell phone and streamed it live to her Facebook page.

A white woman from Detroit, Michigan was filmed as she tried to prevent a black woman from leaving a supermarket parking lot in her car 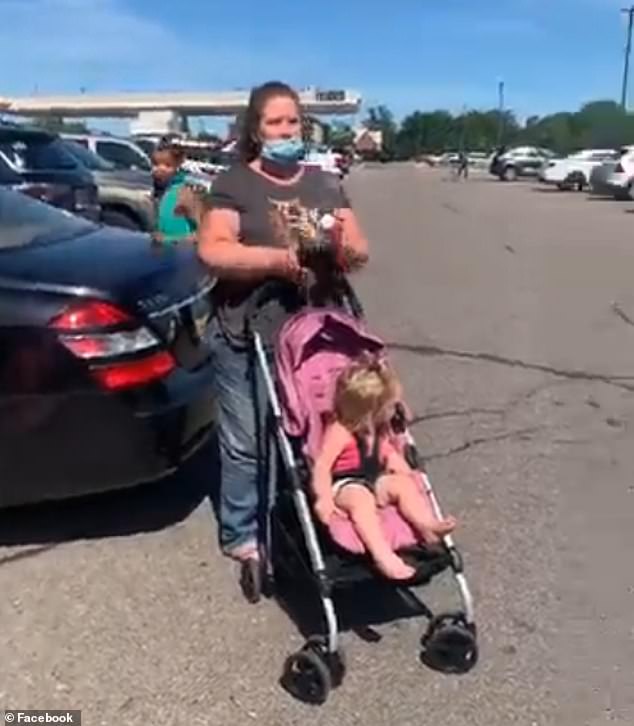 ‘This needs to be known. You can’t just stay hush hush about everything and keep on letting people get away with nonsense,’ Shaneeka said during the video as she documented what was happening.

She explains that before the encounter in the parking lot the pair had run into one another in the aisles of the store after Shaneeka’s son had stepped on the bottom shelf in order to reach a bottom of Gatorade.

The act had apparently upset the other woman who couldn’t seem to let the incident drop.

‘She said, “Ohmygod, they went up to get they Gatorade and I’m trying to shop here.” It was irateness,’ Shaneeka said to Fox 2. 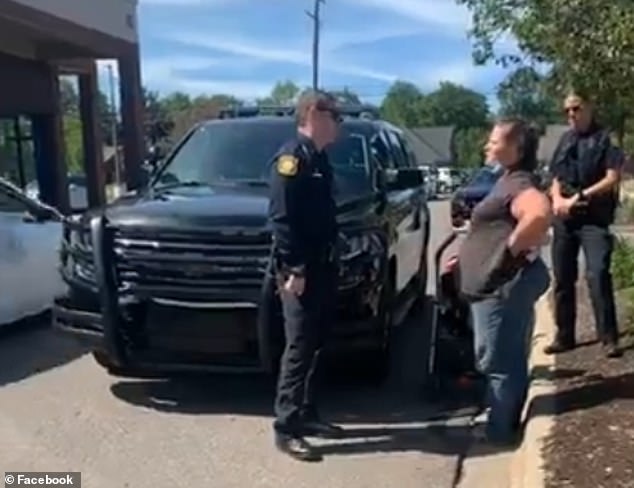 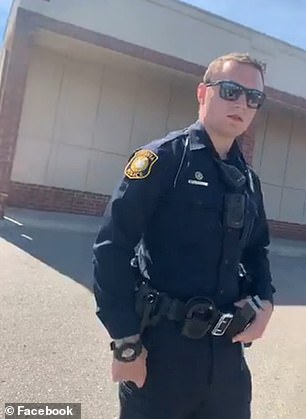 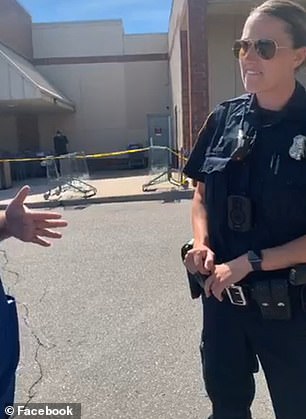 ‘I told her please don’t yell at them and then she started yelling at me. And I said, “You don’t have to yell at me, they got the Gatorade.” And a lot of people were, if you’re short you’re going to go up there and grab what you need. There’s not a lot of workers in the aisle, you have to do what you have to do and you move on.’ 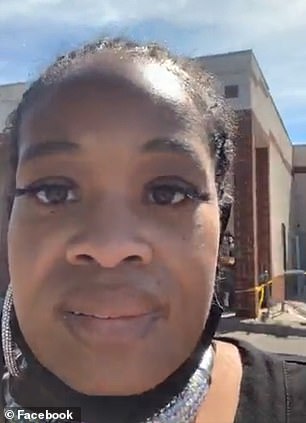 ‘What is wrong with people? Why are they still out here doing this after all that’s going on, all the changes we’re trying to make? After Black Lives Matter? It makes no sense,’ Shaneeka asked

Shaneeka says she had forgotten about the brief confrontation until it came to walking back out to her car to leave.

‘She still went to her car, came back with the baby in the cart, called me the B-word, then she stood behind my car because I started videotaping after that.’ Shaneeka said.

‘I said ma’am can you please move from behind my car, she told me “no I’m not going anywhere,”‘ Shaneeka said.

The white woman then called the police who arrived within minutes to settle the dispute. She quickly ran up to them to put across her side of the story.

The woman claimed that she was upset Shaneeka was recording and wanted her to delete the video not realizing the entire encounter was being recorded and directly uploaded to Facebook in real-time.

The officers took down details from both women but eventually asked the white woman to stand aside and move.

‘I’ve gotten a lot of responses. People are very angry and upset about it because they say it makes no sense. What is wrong with people? Why are they still out here doing this after all that’s going on, all the changes we’re trying to make? After Black Lives Matter? It makes no sense,’ she said.