A Vietnamese billionaire who came to the US as a refugee has donated $5million to the victims of hurricane Harvey.

Kieu Hoang, 73, who lives in California, said the gift was his way to ‘pay back’ to America after he was able to flee the Vietnam war by settling here in 1975.

His money will be used to transition some of Harvey’s most vulnerable victims – the elderly, poor and those with special needs – from temporary shelters into permanent housing, Houston mayor Sylvester Turner said.

Kieu Hoang, 73, who came to the US as a refugee in 1975 at the end of the Vietnam War, has donated $5million to help the victims of hurricane Harvey 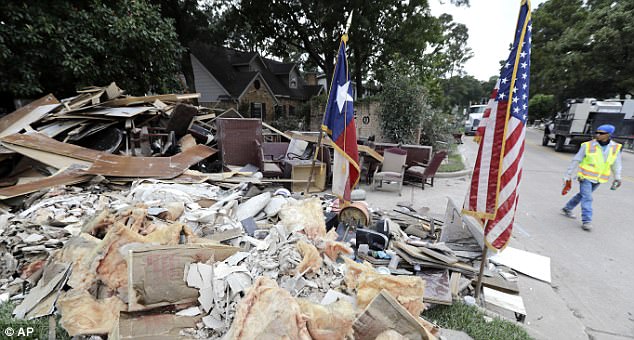 Houston mayor Sylvester Turner said the money will be used to help the elderly, poor and those with special needs out of temporary shelter and into permanent accommodation

At a press conference on Monday, Hoang said: ‘I am here to thank the American people who allowed me to come to this country as a refugee in early 1975 at the age of 31.

‘I am here to pay back, contribute and show my gratitude to this great country.’

Speaking to the Houston Chronicle, he added: ‘Dr. Martin Luther King said ‘I have a dream. “Thanks to the American people’s help, I have realized some small dreams.

‘A dream to have immigration laws so that a lot of people do not live in constant fear of being deported. A dream to allow immigrants like me to come into this great America to make it greater, and the greatest.

‘Did you realize a lot of Houstonians dared not to check into shelter centers for help, as they are scared to be discovered and deported? God help America (to) help them. For Houston, who will help rebuild the city?’ 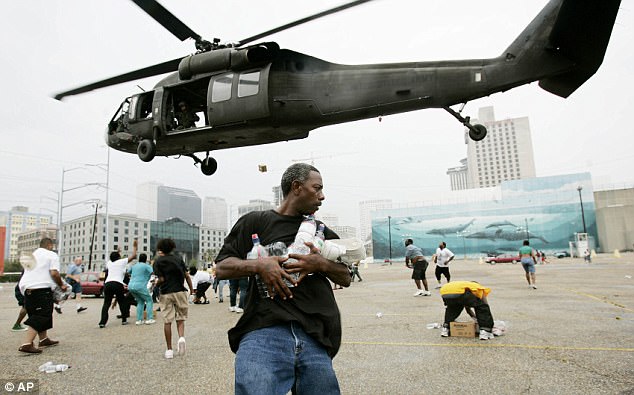 Harvey destroyed and estimated 200,000 homes and displaced 1million, with some estimating that the total damage bill could run to $180billion 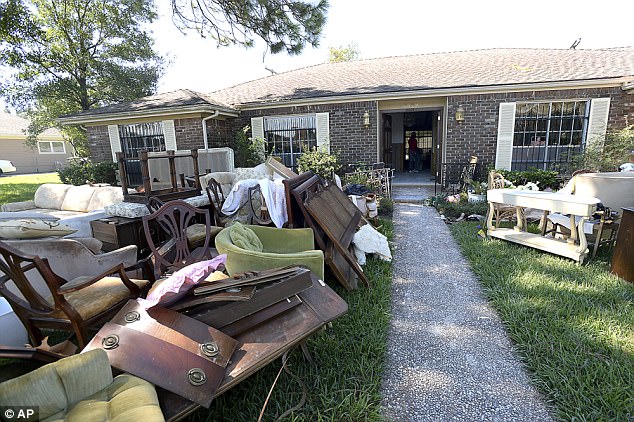 Hoang is one of the single largest solo donors to the Harvey cleanup effort. Les Alexander, the outgoing owner of the Houston Rockets, has pledged $10million

Hoang’s first job after coming to the US paid just $1.25 per hour, but he now owns the Rare Antibody Antigen Supply company, which is worth $14billion.

He has a personal worth of around $3billion, according to Forbes.

Harvey killed an estimated 50 people, destroyed approximately 200,000 homes over a 13-mile stretch of land and displaced more than 1million.

The governor of Texas has warned that the total bill to clean up the devastation could be as high as $180billion.

Hoang’s donation makes him one of the largest single donors to the Harvey relief effort so far, according to the Houston Chronicle.

Les Alexander, the outgoing owner of the Houston Rockets, has pledged $10 million, H-E-B chairman and CEO Charles Butt pledged $5million, while President Trump has promised a $1million donation from his personal wealth.

This is not the first time that Hoang has been generous with his money. Back in March he donated another $5million to victims of flooding in San Jose.