Vietnamese immigrants found in a lorry at Beaconsfield

Ten Vietnamese illegal immigrants were found squeezed inside a lorry at a motorway service station – despite the vehicle being waved through by officials at two border checks.

The group were found wedged into tight spaces in the back of the HGV, which was filled with crates, after the driver stopped for a break and heard banging coming from the back.

To his amazement, ten males were pulled from the back of the truck, even though he had been given the all clear when stowaways were found during an earlier search in France. 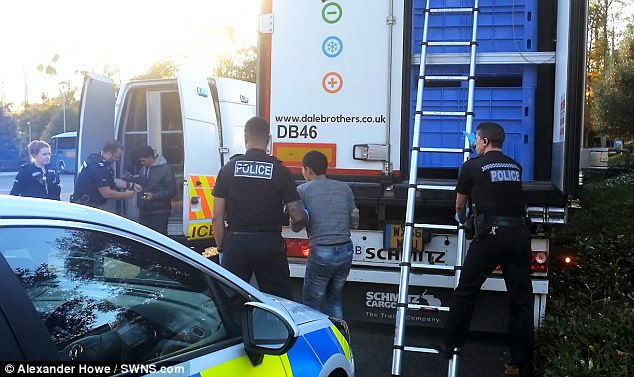 The driver, ‘Pedro’, who describes the situation as a ‘vicious circle’, quickly called the police who came to investigate.

Footage shot on Friday at Beaconsfield services on the M40 in Buckingamshire shows the Vietnamese men squeezing through a small gap at the top of the lorry before clambering down a ladder where they are met by police.

Pedro, originally from Portugal but now living in Telford, Shropshire, said: ‘I came from Germany with this load and when I got to Calais I felt some movement in the back of the truck.

‘I went to the first checkpoint with the dog and the dog reacted to it. They pulled me aside and put the steps up and checked inside.

‘They took me through the first scanner, checked it again and it was fine -that was the French side done.

‘I got to the UK border side, explained to them and they looked at the paperwork. It was all signed and they put me through another scanner and they said it was all clear. 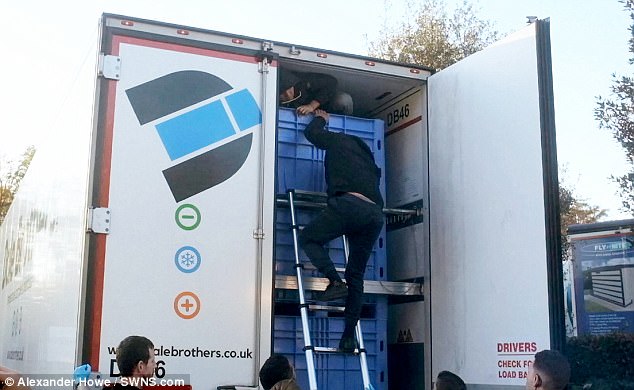 The group were found wedged into tight spaces in the back of the HGV, which was filled with crates 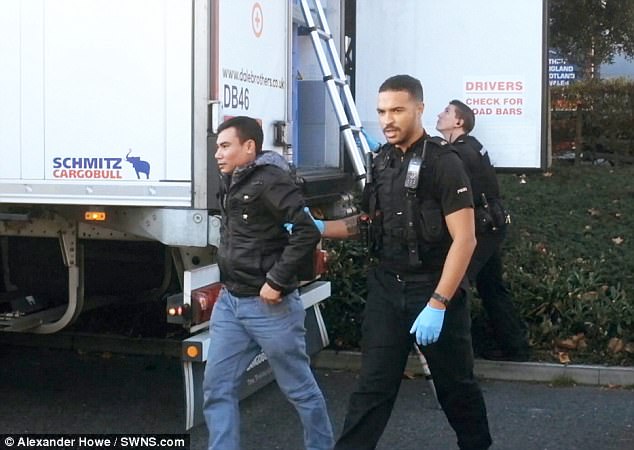 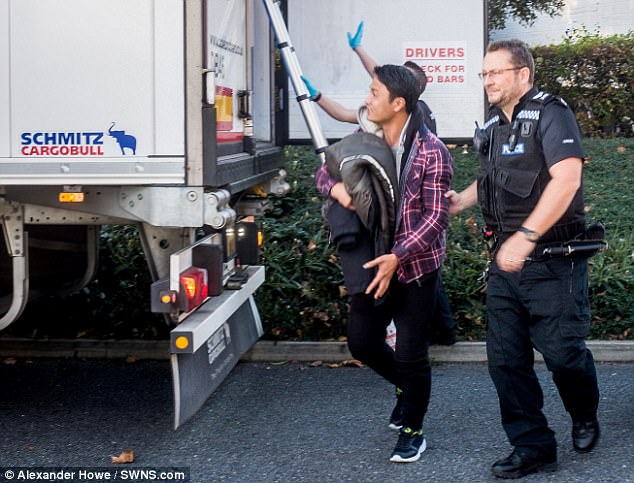 ‘It’s as simple as that – there’s nothing a driver can do really. It’s every week we are having to deal with this sort of thing.

‘I came straight from Folkestone, caught in traffic on the M25 for a little while, I stopped for a break and heard them banging on the back of the door which surprised me because I thought they were all out.

‘They found some in Calais and we got them out but obviously they missed some, I thought it was one but apparently it was ten.’

Drivers say there is almost nothing they can do about the problem – with immigrants so desperate to reach the UK they’ll even travel in refrigerated cabs where temperatures drop as low as -25.

Pedro added: ‘They are relentless, it’s a vicious circle – they go for it and go for it. 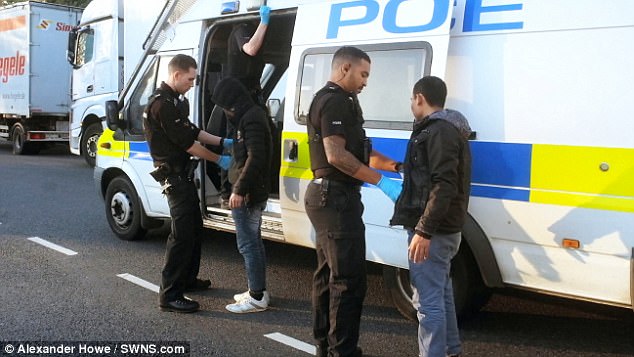 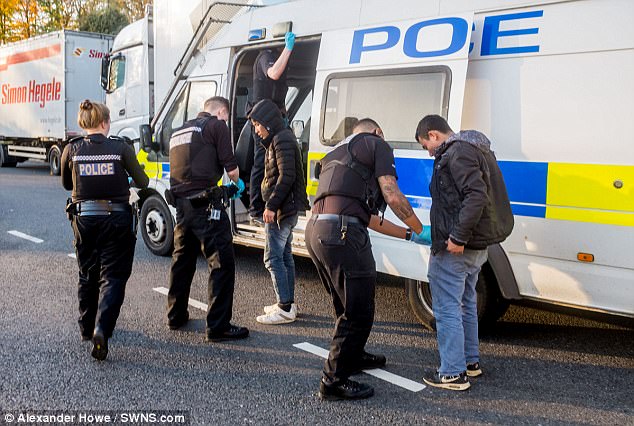 ‘The police in France got some of them out and let them go, all they are going to do is get in the next truck.

‘The size of them helped them get in the boxes, because I have plastic bins, empties, stacked on top of each other, so its very easy to hide and obviously its clear that they didn’t check them properly.

‘It is what it is, there’s not much the driver can do in this situation.Luckily the fridge was off however I have heard even if the fridge is on at-25 they still go for it.

‘It needs a lot of courage to do something like that. I was surprised after all the checks there was still some left.

‘There’s nothing the driver can do, nothing else. You do your checks but what can you do.’ 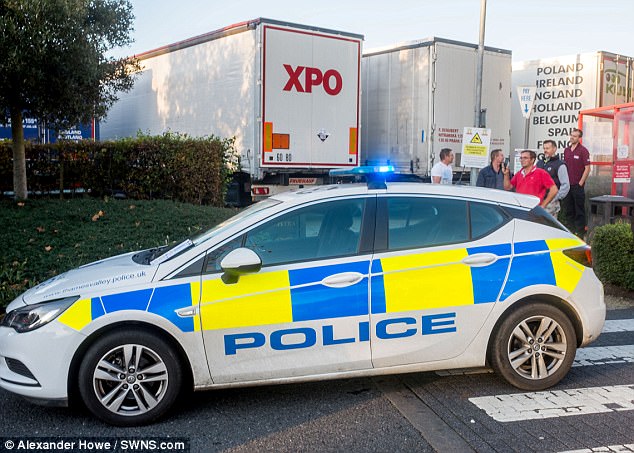 The group were found after the driver, Pedro, heard banging coming from the back when he stopped for a break

A spokesperson for the Home Office said: ‘Immigration Enforcement was contacted by Thames Valley Police on the evening of Friday 27 October after police officers attended an incident at Beaconsfield Services at Junction 2 of the M40.

‘Ten people, who presented themselves as being from Vietnam, were referred to the Home Office and their cases will now be progressed according to the immigration rules.

‘Among the ten were two minors who were referred to social services.

‘Where someone has no right to remain in the UK, we will take action to remove them.

‘Immigration Enforcement is an operational directorate within the Home Office responsible for enforcing immigration law.’