A fighting dog with its muzzle taped shut and numerous injuries on its head and body has been discovered dumped on the side of the road to die.

Western Sydney couple Lauren and Matthew Davis were driving through Silverdale around 11pm on Saturday night when they spotted a dog lying near the corner of Silverdale and Eltons Road.

At first they thought the pooch had been hit by a car, but upon further inspection they noticed its injuries suggested it had been wounded in a dog fight then discarded by its owner.

‘The poor dog was alive, with her mouth taped shut and clearly visible bloodied fresh wounds from a dog fight or some similar disgusting act,’ Ms Davis wrote on Facebook Sunday.

The dog was taken to a vet but later died from her injuries. NSW RSCPA has launched an investigation into the pooch’s death

‘We were able to remove the tape and get her to the vet, but she had passed away by the time we arrived.

‘We at least hope in her last moments she felt some comfort and warmth.’

Ms Davis shared graphic photos of the canine quivering in agony as it laid in darkness on the deserted rural road on the outskirts of the city.

She called on anyone who saw anything suspicious in the area that evening or who has dash cam footage or house surveillance to contact the police, who were notified of the incident by the vet.

‘This is not entertainment – It is inhumane, vile and downright evil,’ Ms Davis continued.

‘Dogfighting is illegal in Australia, the cruel people who did this used this poor girl for whatever repulsive reasons and could not do the decent thing of putting her to rest, instead they dumped her on the side of the road.

‘These people live within our communities, we work with them, if you know them – tell someone!’

The post was bombarded with responses, many outraged and disgusted by the callous cruelty.

Another added: ‘This is just gut wrenching. I hope they catch the monsters. Absolute scum bags.’ 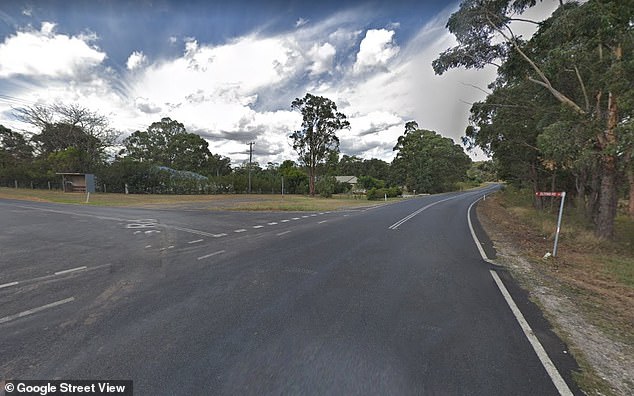 ‘Poor poor baby, so sad. How can humans be so cruel?’ a third comment read.

Others called for the culprits to be punished by suffering through the same pain  inflicted upon the innocent animal.

‘People who do this are disgusting filthy pieces of c**p…..do the same to them,’ a man wrote.

Someone else said: ‘Whoever did this to the poor girl needs to be caught and see what its like to be left to die slowly like they have done to her.’

A woman who saw Ms Davis’ post has set up a reward for the person who can help identify those responsible and bring them to justice.

So far, $1600 has been raised towards the reward which has been shared in the Wallacia, Warragamba, Silverdale Community Noticeboard,Lost & Found Animals Facebook page. 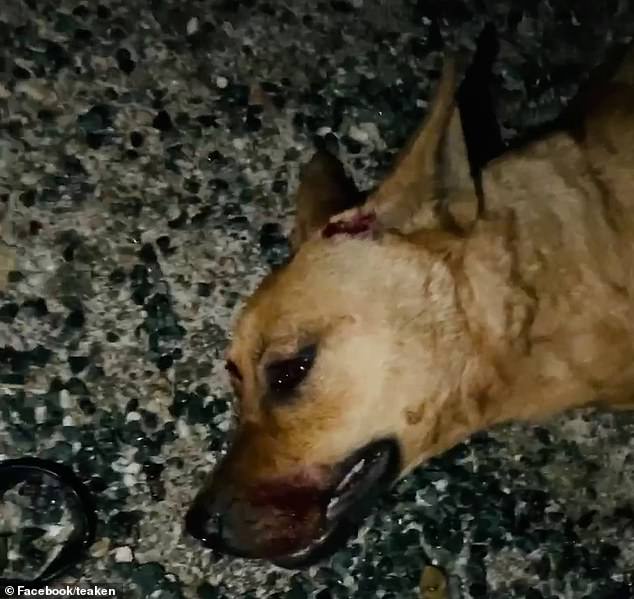 NSW RSCPA said they have launched an investigation into the dog’s death and are urging members of the public with information to come forward.

They said the dog was found with numerous injuries to her head and body and her mouth taped shut and she had no microchip or collar.

‘The dog has been taken into our custody and we are still searching for her owner,’ the animal welfare agency said in a in a statement on Monday.

‘A post-mortem examination of the body is being conducted to determine the cause of death and gather forensic evidence.’

‘RSPCA NSW is appealing to anyone that may have first-hand information about this incident to come forward and make a confidential report by calling the animal cruelty hotline on 1300 CRUELTY (1300 278 3589) or online via the website’.