Villarreal unveil ambitious proposals for a £30m renovation to Estadio de la Ceramica this year in a series of stunning images, with the Spanish club to build a new stand, roof and function room by December

Villarreal have unveiled their ambitious, sprawling plans for a renovation to their stadium, the Estadio de la Ceramica, which is set to be completed by late December.

The club have made waves this season by breaking into the Champions League semi-finals, where they were knocked out by Liverpool, and have now vowed to double down on their ambition by improving their 22,000 capacity home ground.

It has been revealed that the number of seats will remain the same, but the €35million (£30m) grand project will see a host of brand new features installed. 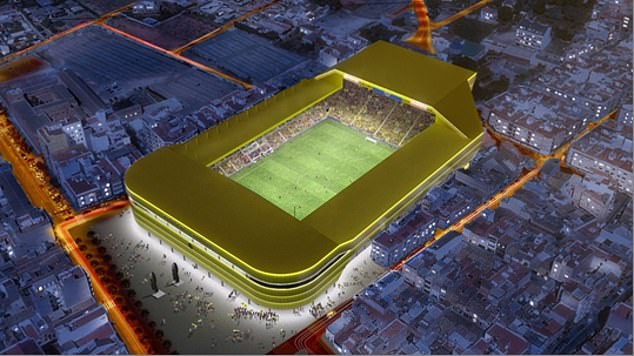 The project will cost £30million, with a new stand and roof to be constructed at the venue

A state-of-the-art array of photovoltaic panels will be constructed on a new roof at the venue, meaning it would be self-sufficient and beneficial for the environment.

The works will be carried out by international engineering and architecture company IDOM, with local construction firm Alviden also contributing to the overhaul.

Villarreal have pushed ahead with their proposals in the season of their centenary, and the looming transformation will be the biggest the stadium has ever seen.

More details about the #EstadioDeLaCerámica transformation!

🔹 Expected budget: €35m
🔹 Work starts on Monday 16th May and will last 7 months
🔹 First game planned for the matchday of 29th-31st December
🔹 We will play at home at the Ciutat de València
🔹 Capacity: 22,000 pic.twitter.com/3tn7MC4bZa 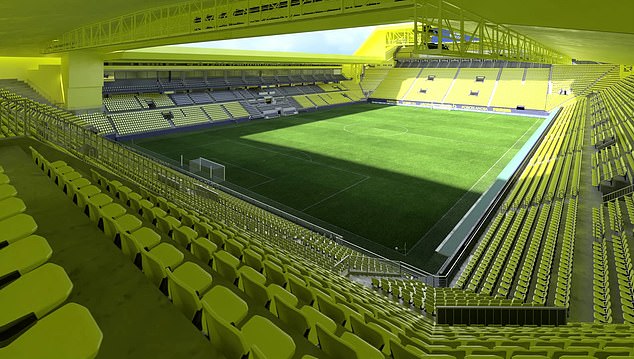 A new stand will be built in the corner, between Preferencia and Fondo Sur, which would see the ground completely closed off once the renovation is complete.

The addition of the roof would also allow every seat to be fully covered.

Two new 21x7m scoreboards will be introduced to matchdays, as well as a new sound system, LED lighting and an installation of the highly-popular Sky-Cam.

Away from the football, a function room will be set up in the Fondo Sur with views of the pitch, while a remodelling of the Entrelineas Restaurant will be carried out. 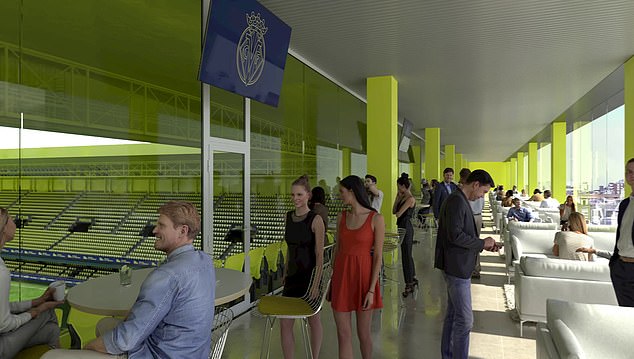 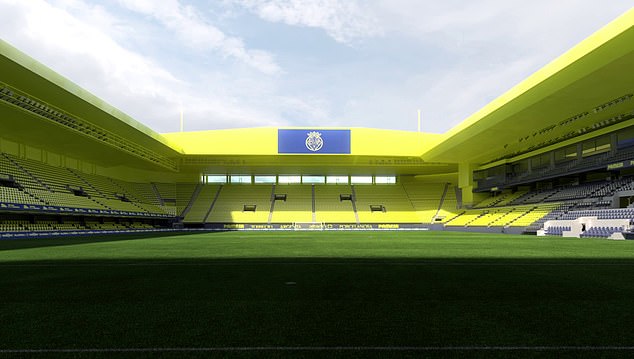 The renovation will begin on May 16, with a proposed end date of around the end of December

The proposed time period for the works is between 16 May, with the renovation to begin after the last home match this season, to the end of this December.

Villarreal have said that they will play their first match at the newly-transformed ground after the Qatar World Cup, likely to be matchday 15 of the next campaign.

However, due to the upheaval, the club are set to ask LaLiga to allow them to play a higher than normal amount of games away from home at the start of the term.

Until the work is finished, they will play home fixtures at the Ciutat de Valencia.