Vin Diesel is top-grossing actor with $1.6B

Vin Diesel was crowned the top-grossing actor of 2017 by Forbes after his movies amassed an eye-popping, combined $1.6 billion in global ticketing receipts.

The California-born beefcake beat out his cast mate – and sometime rival – Dwayne ‘The Rock’ Johnson, who landed the No. 2 spot with $1.5 billion but still technically earns more than him.

Wealthy: Vin Diesel was crowned the top-grossing actor of 2017 by Forbes after his movies amassed an eye-popping, combined $1.6B in global ticketing receipts (pictured April 8) 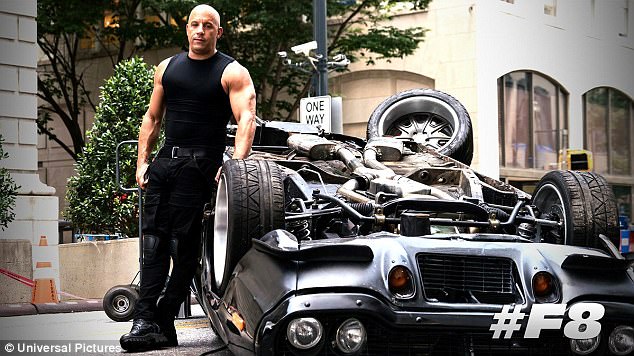 Coincidentally, the action hero’s last social media post on Christmas Eve to his 317.3M followers had him reflecting on when he ‘had nothing.’

‘As you know, Christmas is my favorite holiday,’ Vin (born Mark Sinclair) said in an Instagram video.

‘It’s something about the spirit, whether you have money or you don’t have money, I mean, I’m often reminded at Christmas of when we had nothing and those were some of the most magical times. 2017 was a magical year.’ 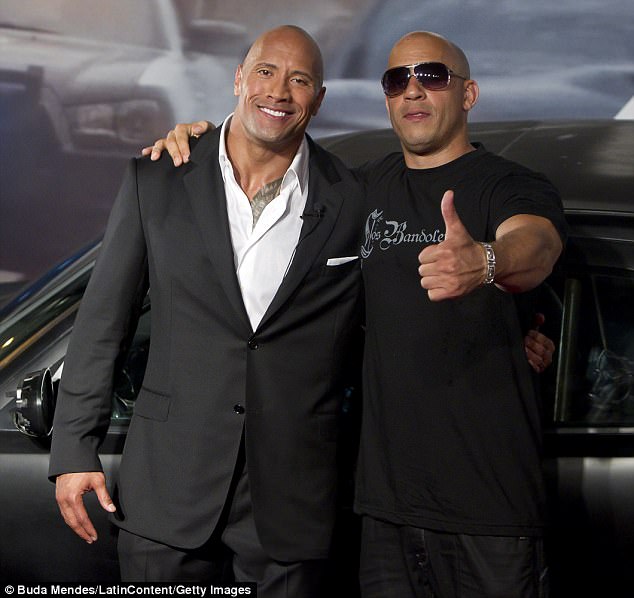 Sometime rivals: The bald California-born beefcake beat out his castmate Dwayne ‘The Rock’ Johnson (L), who landed the No. 2 spot with $1.5B (pictured in 2011)

Gal Gadot made an impressive $1.4 billion for her record breaking role in Wonder Woman.

The figures have been calculated by adding together global ticket sales of major films from January until December 26, 2017.

Fans of Vin’s street-racing heist franchise will delight with Fast & Furious LIVE – featuring 11 stunt drivers in 23 arenas – which kicks off January 11 with a preview show at the UK’s Liverpool Echo Arena.

Diesel will next reprise his voiceover role as Guardians of the Galaxy’s ‘flora colossus’ Baby Groot from Planet X in Avengers: Infinity War, which hits UK theaters April 27 and US theaters May 4.

Guardians of the Galaxy! Diesel will next reprise his voiceover role as ‘flora colossus’ Baby Groot (2-L) in Avengers: Infinity War, which hits UK theaters April 27 and US theaters May 4