Gangs of youths have wreaked havoc on the final night of Sydney’s Royal Easter Show after clashing with police, kicking security guards and brawling in front of small children.

Dozens of teenagers were filmed by onlookers running away from cops in a video uploaded to TikTok titled ‘Easter SHow or back to back UFC rounds?’

One young man was escorted out by at least five officers while saying: ‘I didn’t f**king do anything’.

He was then heard shouting ‘retaliation is a must,’ the opening lyric to Mount Druitt hip-hop group OneFour’s song The Message. 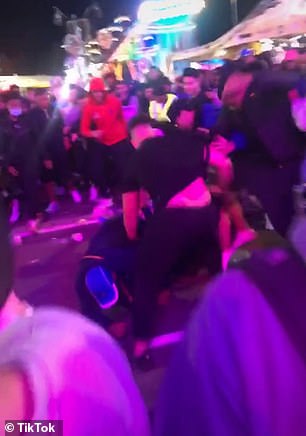 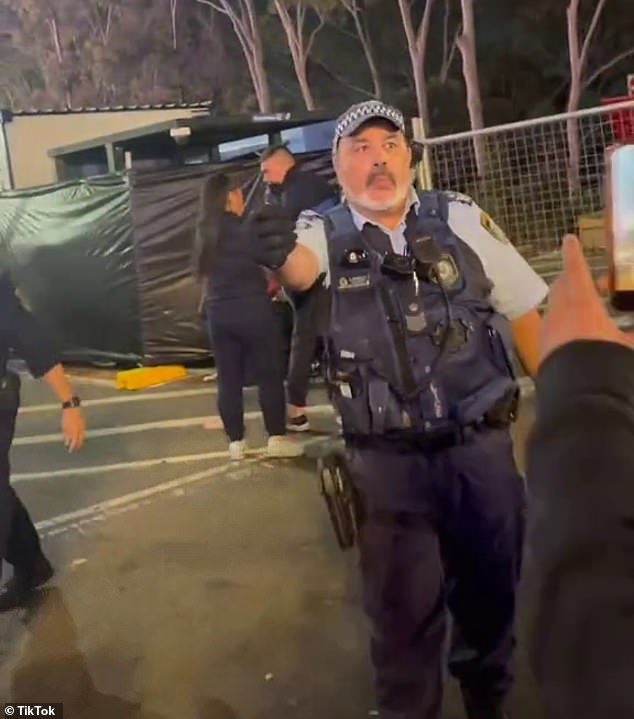 Passersby who filmed the incident shouted at and taunted police as they led the boy out of the event.

In another shocking video, a group of at least 20 men were seen brawling on the middle of the promenade inside the showground at about 9.20pm on Monday.

The teens – clad in bum bags, Nike TNs and Nautica caps – pushed, shoved, stomped on and kicked each other while horrified families watched the carnage.

A third video taken by another bystander showed a police officer pointing his mace at a group of out of control youths.

NSW Police is investigating the all-in brawl, but said no charges have been laid yet.

‘On arrival officers separated the group – many left the area and dispersed back into the crowd,’ NSW Police said in a statement on Tuesday.

An 18-year-old man with lacerations to his chin was taken to Concord Hospital, while first-aid was given to a 17-year-old boy who suffered cuts to his lower legs.

The incident is the second time chaos has descended on this year’s Easter Show.

Last week a gang of ‘eshays’ donning their trademark designer sportswear started a violent brawl in front of children. 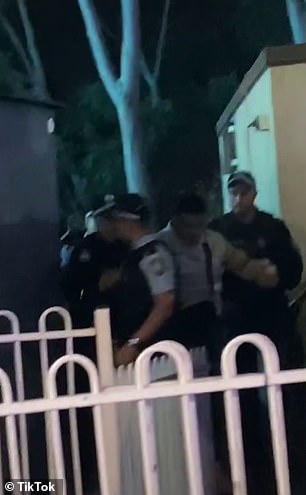 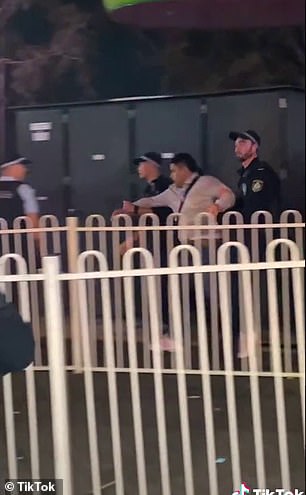 The teen was then heard shouting ‘retaliation is a must,’ the opening lyric to Mount Druitt hip-hop group OneFour’s song The Message

The young men chased each other through the busy crowds and began to throw punches.

One teenager wearing a white t-shirt and a designer bumbag fighting another youth in a black sweatshirt was quickly interrupted by a burly onlooker.

The man calmly approached the brawling teens and pulled them apart, as others filmed the altercation on their phones from a safer distance.

The disturbing incident was also uploaded to TikTok, with many viewers criticising the men for inciting violence at a family venue.

‘That’s just selfish, there’s little kids and families there at that show and you all want to act like big shots’, one wrote. 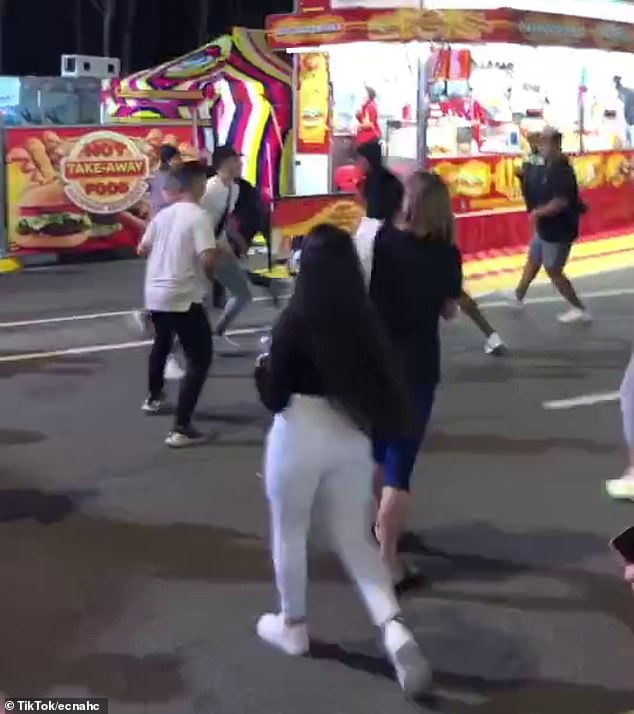 Eshay is Aussie slang for packs of teenagers who haunt public places such as train stations and public parks stirring up trouble.

They are said to have spread from Sydney’s inner city graffiti scene in the 1980s through housing commission estates and out into the suburbs.

The gangs can be identified by their trademark designer sportswear and Nike TN trainers, as well as speaking their own coded language.

Hard-core eshays engage in assaults, robberies and threatening behaviour against other youths, but the majority seem to wander the streets aimlessly.