There is no evidence to suggest that violent video games like Grand Theft Auto or Call of Duty make teenagers more aggressive and antisocial, claims a new study.

It’s a topic that has been widely debated among the scientific community as parents and carers grow concerned about what effects technology has on children.

The research, conducted by the University of Oxford, said that as it stands up to six in ten British teenagers play violent video games.

Gory games such as Grand Theft Auto, pictured here, do not make young people more aggressive, according to the research. Up to six in ten British teenagers play violent video games

The study of 1,000 British 14 and 15-year-olds found that teens were no more likely to become antisocial or aggressive after a session playing explicitly violent games.

The study also differs from others as it takes the participants’ parents into account, who were interviewed on their child’s behaviour afterwards.

Teenagers completed questions on their personality and gaming over the past month, while carers filled in a survey on their child’s recent aggressive behaviours.

The researchers also found almost one in two of the girls – and two in three of the boys – play them.

Lead author Professor Andrew Przybylski, an experimental psychologist at the University of Oxford, said: ‘The idea violent video games drive real-world aggression is a popular one, but it hasn’t tested very well over time.

‘Despite interest in the topic by parents and policy-makers, the research has not demonstrated that there is cause for concern.’

The study published in Royal Society Open Science is the first of its kind. The teenagers provided reports of their recent gaming experiences, with the violent content coded using official EU and US ratings.

Parents also provided evaluations of their adolescents’ aggressive behaviours in the past month.

‘Results did not support this prediction. There was no evidence for a critical tipping point relating violent game engagement to aggressive behaviour.’

Professor Przybylski said: ‘Sensitivity and exploratory analyses indicated these null effects extended across multiple operationalisations of violent game engagement and when the focus was on another behavioural outcome, namely, prosocial behaviour.’

Professor Przybylski said: ‘Sensitivity and exploratory analyses indicated these null effects extended across multiple operationalisations of violent game engagement and when the focus was on another behavioural outcome, namely, prosocial behaviour.’

Some doctors claim there’s too much focus on the negative affects of violent gaming, and in some cases, say games can actually help children combat behavioural problems. 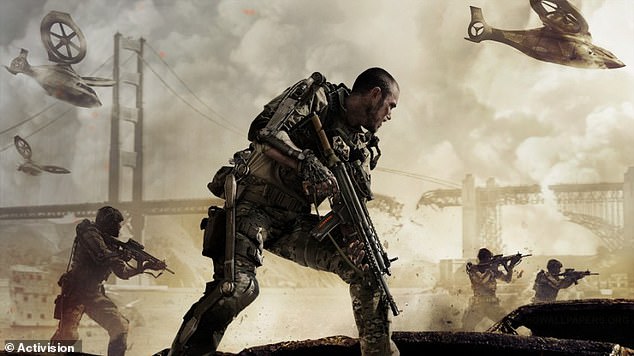 Call of Duty (pictured) is a wildly popular gaming franchise that is played by people of all ages. A study of 1,000 British 14 and 15 year olds found they were no more likely to become antisocial after a session playing explicitly violent games 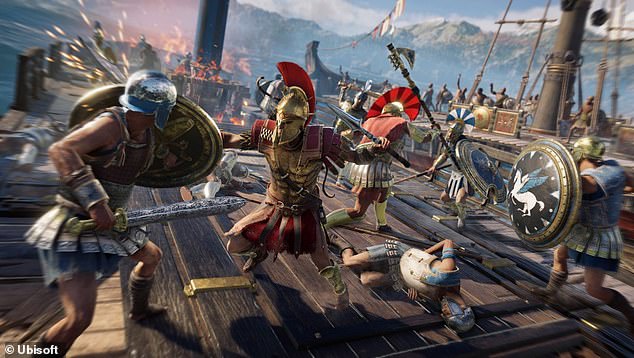 It’s a topic that has been widely debated among the scientific community as parents and carers grow concerned about what effects technology has on children. Games like Assassin’s Creed (pictured) sell millions of copies to children around the world

The study is one of the most definitive to date, using a combination of subjective and objective data to measure teen aggression and violence in games.

Unlike previous research on the issue, which relied heavily on self-reported data from teenagers, it used information from parents and carers to judge the level of aggressive behaviour in their children.

Additionally, the content of the video games was classified using the official Pan European Game Information (EU) and Entertainment Software Rating Board (US) rating system, rather than only player’s perceptions of the amount of violence in the game.

There are psychologists who argue both for and against them. One theory is that violent games affect those who are mentally vulnerable and suffer from things like depression and mood swings.

Professor Przybylski said: ‘Nearly all young people in the developed world now play video games, and this popularity has driven concerns about the possible negative effects of this recreational activity. 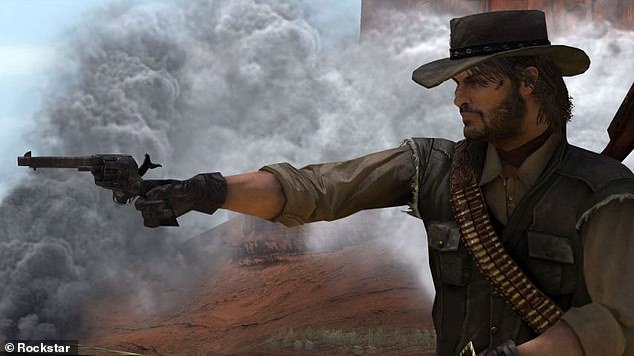 Parents and legislators have long worried about the impact violent games have on  teenagers. The release of the latest Red Dead Redemption (pictured) made headlines around the world

In a recent study, researchers looked at the three games participants played most, and noted if they were of a violent nature (such as shooting game Call of Duty) or non-violent (such as Fifa).

They tracked the brainwaves of participants using electroencephalography (EEG).

At the same time they completed a ‘stop-signal task’ which contained male and female faces looking either happy or scared.

The study found gaming was linked to lower empathy and emotional callousness.

Researchers believe this is because it inhibits people’s ability to process emotional facial expression and control their responses as a result.

‘Studies polling members of the general public as well as scientists suggest views concerning the effects of gaming on young people vary widely as a function of demographics and personal experiences with games.’

Some researchers conclude gaming has social and cognitive benefits, whereas others argue the medium contributes to mass-shootings, and for consistent and strong effects on aggressive behaviour, more broadly.

Yet the Australian and Swedish governments have concluded there is no actionable evidence that aggressive behaviour results from youth gaming.

Professor Przybylski said: ‘The question of whether adolescent engagement with violent video games drives aggressive behaviour in young people is a critically important one.

‘Indeed, our data indicated these games were regularly played by almost half of female and two-thirds of male teens in the UK.

‘Given this popularity, one might argue that a small effect linking violent gaming to aggressive behaviour would have consequences for society as a whole.’

Co author Dr Netta Weinstein, of Cardiff University, said: ‘Our findings suggest researcher biases might have influenced previous studies on this topic, and have distorted our understanding of the effects of video games.’

An important step taken in the study included the researchers publicly registering their hypothesis, methods and analysis technique prior to the start.

Professor Przybylski said: ‘Part of the problem in technology research is that there are many ways to analyse the same data, which will produce different results.

‘A cherry-picked result can add undue weight to the moral panic surrounding video games. The registered study approach is a safe-guard against this.’

While no link was found between playing video games and aggressive behaviour in teenagers, the researchers emphasise that this does not mean that some mechanics and situations in gaming do not provoke angry feelings or reactions in players.

‘Anecdotally, you do see things such as trash-talking, competitiveness and trolling in gaming communities that could qualify as antisocial behaviour. This would be an interesting avenue for further research,’ he added.