‘I am glad I don’t play in Spain and have to face him every season’: Virgil van Dijk lauds Lionel Messi after Barcelona star’s masterclass against Liverpool in the Champions League

Virgil van Dijk has lavished praise on Lionel Messi having experienced first hand the extraordinary ability of the Barcelona forward.

Messi inspired his side to a 3-0 victory in their Champions League semi-final first leg against Liverpool on Wednesday night.

And Van Dijk, who was crowned PFA Player of the Year, spoke about what it was like to face the man he considers the world’s best player.

‘Messi is a fantastic player, that much is obvious,’ the 27-year-old told Football Espana.

‘Even when we were attacking, it is always difficult, as you know he is in the corner waiting to attack.

‘He is the best player in the world and the extra level he has shown over the years proves this.’ 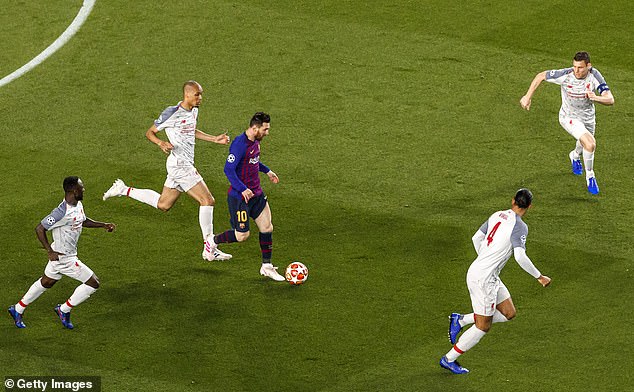 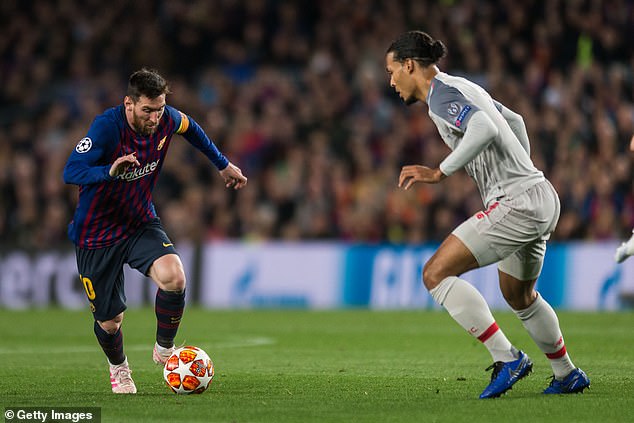 Liverpool performed well despite the scoreline at the Nou Camp and were very much in the tie at 2-0 until Messi stepped up to score a ridiculous free-kick from 35-yards.

‘That goal shows where Messi is as a player,’ Van Dijk added.

‘When he is at his best, there is nothing you can do to stop him. I am glad I don’t play in Spain and have to face him every season.’

Jurgen Klopp’s side now have a mountain to climb and look all but eliminated, though if they are to pull off a miraculous comeback, Van Dijk and Co will have to subdue the five-time Ballon d’Or winner at Anfield on Tuesday.