‘We’re not going to think about that’: Virgil van Dijk unconcerned at prospect of trophy-less season for Liverpool after Barcelona defeat

Virgil can Dijk insists Liverpool can be proud of themselves despite their diminishing hopes of lifting a trophy after defeat by Barcelona on Wednesday night.

Liverpool were beaten 3-0 at the Nou Camp in the first leg of their Champions League semi-final with Lionel Messi scoring a second half brace.

They now need a miracle at Anfield next Tuesday to keep their hopes of reaching next month’s final in Madrid alive. 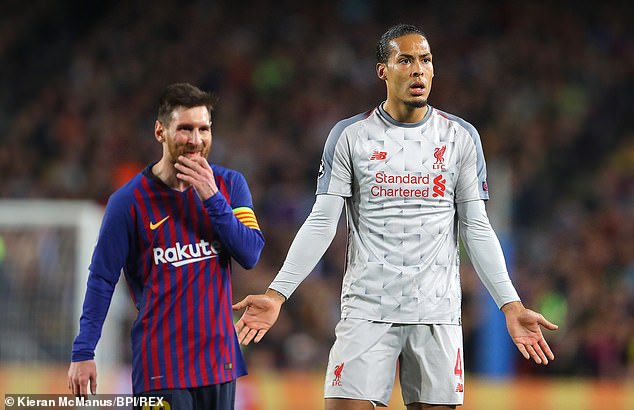 And Manchester City remain in the driving seat in the Premier League with wins in their remaining two games of the season guaranteeing them back-to-back titles.

‘We’re not going to think about that,’ van Dijk told DAZN after the loss to Barca.

‘We’re having a good season and we will try to win something and, if not, we keep working. 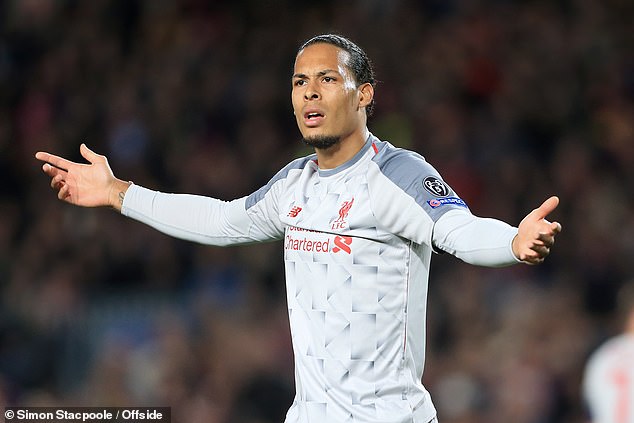 ‘We’re in both races and I think many, many teams would love to be in our position.’

Luis Suarez stabbed Barcelona in front in the first half on Wednesday before Jurgen Klopp’s side were hit by two late sucker-punches from Messi.

His stunning free-kick eight minutes from time leaves Liverpool with it all to do in the return leg next week. 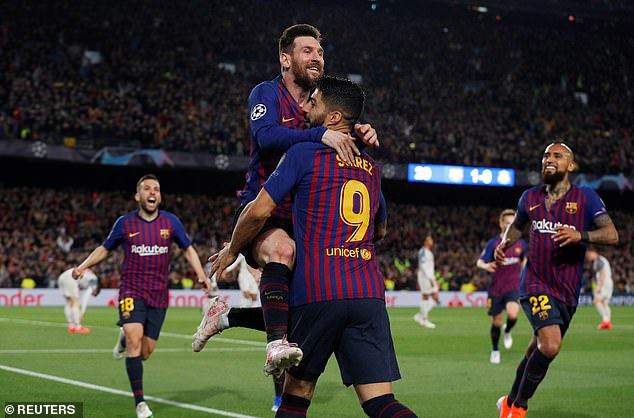