Virgin Media and O2 will merge to create a new £31billion media and telecoms giant, their parent firms have announced today.

If approved by the competition authorities, the merger will create a new major rival to the likes of BT and Sky.

O2 is one of the UK’s largest phone networks, with 34 million users, with Virgin’s 5.3 million broadband, pay-TV and mobile users.

Bosses behind the merger say it will speed-up the rollouts of 5G networks and high speed broadband across the UK.

The joint venture is expected to lead to £10billion in investment in the UK market over the next five years.

Virgin Media and O2 will merge to create a new £31billion media and telecoms giant, their parent firms have announced today

Subject to clearance from the competition authorities, the merger is expected to be completed next year.

The companies said on Thursday that O2 would be valued at £12.7 billion and Virgin Media at £18.7billion, both on a total enterprise value basis.

They hope to create £6.2 billion in cost savings and from the financial benefits of integrating the firms – though neither company have mentioned job cuts.

‘Virgin Media has redefined broadband and entertainment in the UK with lightning fast speeds and the most innovative video platform.

‘And O2 is widely recognised as the most reliable and admired mobile operator in the UK, always putting the customer first.’

Jose Maria Alvarez-Pallete, chief executive officer of O2 owner Telefonica, said: ‘Combining O2’s number one mobile business with Virgin Media’s superfast broadband network and entertainment services will be a game-changer in the UK, at a time when demand for connectivity has never been greater or more critical.

‘We are creating a strong competitor with significant scale and financial strength to invest in UK digital infrastructure and give millions of consumer, business and public sector customers more choice and value.’ 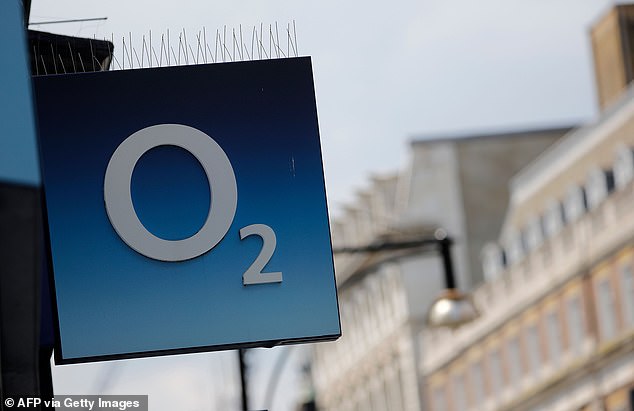 Plans for the merger first began to emerge earlier this week.

If approved it will create a new competitor to BT, which owns the EE mobile network and provides fixed-line, broadband and television services.

Sky, which also provides broadband, television and fixed and mobile television services, will be another major rival.

Karen Egan, telecoms analyst at Enders Analysis, told the BBC Radio Four’s Today programme that the deal was ‘a fortuitous marrying of objectives’ for the two parent companies.

She added that the merged company would be able to ‘diversify and match some of BT’s innovative products’.

Virgin Media was founded in 2006 and has its headquarters in Reading, Berkshire.

It competes with BT, Sky and TalkTalk in the broadband market and the likes of EE, Vodafone and Three in the mobile market.

The company also runs its own cable TV service.

O2, which has its headquarters in Slough, Berkshire, is the second-largest UK mobile network operator, behind EE.

First founded as Cellnet in 1985, it is currently owned by Spanish multinational Telefonica.