Virgin media has launched new intelligent wifi and smart pods designed to boost connections for people working and studying from home during lockdown.

Customers can expect speeds up to three times faster around the home when the new equipment is combined with enhanced wifi features on its routers, the firm said.

The pods are designed to be plugged in anywhere in the home and reduce the impact of neighbouring wifi by automatically changing settings.

Coverage is extended through the creation of a cloud-controlled ‘mesh’ network which constantly adapts and evolves, Virgin Media explained.

Customers can expect speeds up to three times faster around the home when the new equipment is combined with enhanced wifi features on its routers, the firm said

Virgin says creating a mesh network ensures connected devices seamlessly make use of the strongest possible signal regardless of where in the home they are used.

Virgin Media’s Ultimate Oomph and Gig1 customers can receive the service, known as Intelligent WiFi Plus, at no extra cost, while others can upgrade for £5 per month.

However, the firm said it has rolled out firmware improvements to all Hub 3 or Hub 4 routers that should also improve connectivity.

‘Intelligent WiFi Plus is our most advanced and impressive WiFi service to date that will help remove broadband blackspots and bring faster and more reliable speeds throughout the home,’ said Jeff Dodds, chief operating officer at Virgin Media.

‘Whether our customers are working, streaming, browsing, playing or keeping connected online, the combo of new Hub features and WiFi Pods provides a step change in connectivity that won’t let you down.’

Virgin Media came under fire over the summer as its network went down in parts of the UK as people attempted to work from home.

In August a Virgin outage affected most of the UK and in July, Virgin confirmed an outage which it claimed was local only to Nottingham.

There were also outages throughout May and in June as people were in the grip of lockdown, work from home and schooling.

The firm has set out to improve the reliability of the routers people use to connect to their network using intelligent technology – in the hope of reducing complaints. 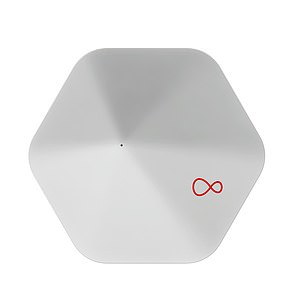 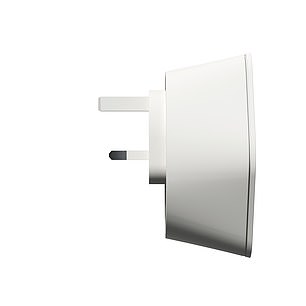 New research from Virgin Media reveals that more than half of Brits have experienced poor in-home Wifi in at least one room of their home, with bedrooms said to be the trickiest place to get a reliable signal.

With millions of people working remotely, people say they would prioritise faster and more reliable speeds in the areas of the home where they work to keep them connected and that often includes the bedroom.

Intelligent WiFi Plus will help improve in-home coverage in hard to reach areas and is particularly beneficial for those in large households with lots of connected devices. 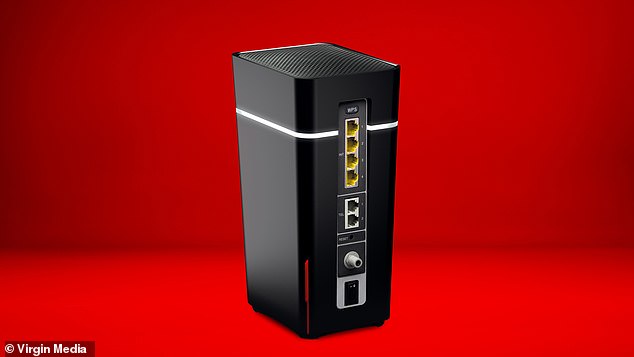 The WiFi Pods can be simply placed between a strong-signal spot and low-signal spot in a home and will automatically build a mesh network to bring faster speeds to more rooms in the house.

They can also be unplugged and moved to any location in the home, hassle free.

The move comes after internet service providers saw record usage in 2020 due to increased home working during the coronavirus pandemic, as well as remote schooling, major video gaming launches and streaming for entertainment. 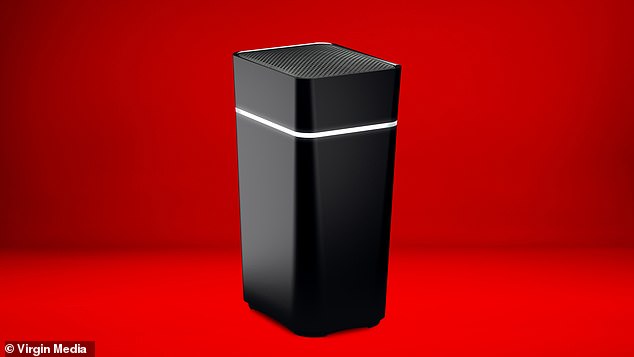 Before Christmas Virgin Media said usage in 2020 was the busiest year ever for home broadband as more people connected from home due to lockdown.

Virgin Media is in the process of upgrading its entire network to gigabit speeds by the end of this year. To date, more than seven million homes across the UK have access to these hyperfast speeds through Gig1.

The firm say combined these features will improve the reliability of in-home wifi.

BRITS WATCHED MORE THAN SIX HOURS OF TV A DAY DURING LOCKDOWN: OFCOM

Britons devoured more than five hours of TV a day in lockdown amid a boom in subscription streaming services, Ofcom revealed in August.

Staring at screens became a full-time job, with adults spending six hours and 25 minutes – nearly 45 hours a week – on ‘audio-visual content’ in April.

The figures, which also include time spent on computer screens and playing video games, paint a bleak figure for traditional TV channels.

‘Silver streamers’ over the age of 55 have flocked to the likes of Netflix which have already bewitched younger generations.

Ofcom said an ‘accelerated shift’ from TV channels to streaming services is likely to be one of the ‘most significant long-term impacts’ of the pandemic.

It found more than a third of adults ‘can see themselves no longer watching the main TV channels within the next three years’. This rose to more than half of those aged between 16 and 34.

The watchdog’s report said the ‘greatest growth’ during lockdown was enjoyed by streaming services, with existing subscribers watching more and ‘new users embracing [these] services for the first time’.

Ofcom said a staggering 12million adults had signed up to a new subscription service during lockdown, with three million doing so for the first time, including ‘notable rises among older demographics’.

Nearly a third of those aged 55 to 64 watched streaming services in lockdown, compared with 25 per cent beforehand.

The Ofcom Media Nations 2020 report said the BBC, ITV and other traditional broadcasters enjoyed an initial surge in viewing figures at the start of lockdown, driven by news coverage.

However, this fell away while streaming rivals maintained their momentum.