Virgin Money saw an 8 per cent leap in lending by its credit card business but said arrears levels remained ‘stable’ despite concerns that rising consumer debt could pose a risk to the UK economy.

The Richard Branson-backed firm said credit card debt rose to £2.65billion in the first three months of the year from £2.4billion at the end of 2016.

Despite noting that the UK economy had remained ‘stronger than expected’ after Brexit, Virgin Money said it was watching the increase in consumer indebtedness ‘closely’ – but also reiterated its stance to grow its credit card balance to £3billion by the end of the year.

Profitable: Virgin Money saw an 8% leap in its credit card balances in the first quarter.

The comments come after Bank of England figures showed that Britons spent 9.3 per cent more on credit cards than they did a year ago in February – the highest level since February 2006.

The Bank of England’s Financial Policy Committee, which recently published results of a review into the market, warned that the recent surge in borrowing could put the UK financial system at risk and called on providers to give more help the 3.3million people in persistent debt.

These credit card customers, who pay more in interest than they have repaid on their borrowing, are profitable for banks and other financial firms, the regulator said, and they rarely step in to help them.

But Virgin Money chief executive Jayne-Anne Gadhia said it did not expect the review to have a material impact on the company’s profits.

Separate recent figures from the Bank have also showed that some lenders have already started to cut back on credit card lending and expect to ‘significantly’ tighten credit scoring criteria for people asking for loans, and especially for credit cards, in the second quarter. 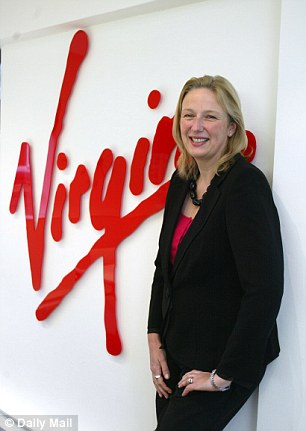 But Virgin Money claimed it continued to ‘lend responsibly’ to its prime credit card and mortgage customers, who were showing ‘no strain in the current environment’.

It also acknowledged that competition had increased in the credit card market, but said it had not followed competitors ‘into top of the table pricing’.

‘We prioritise asset quality over balance growth, despite which we remain confident of achieving £3billion of prime credit card balances by the end of 2017,’ it added.

Meanwhile, Virgin Money net mortgage lending dropped by around 18 per cent to £900million from the £1.1billion reported in the same period last year.

It also saw a 4.8 per cent drop in gross mortgage lending to £2billion in the first quarter, but managed to maintain its 3.4 per cent market share.

The mortgage pipeline, which refers to the mortgages that have been approved but not yet released, were 14 per cent higher than the previous quarter at £2.3billion.

Gadhia added: ‘I am delighted with the ongoing momentum and performance of the business so far in 2017.’

‘Our customer-focused strategy of growth, quality and returns continues to deliver excellent results and demonstrates the benefits of our low-risk business model, strong balance sheet and ongoing focus on operational excellence.’