Virgin Australia is set to cut 400 roles at Brisbane Airport as the airline attempts to save cash in the wake of the coronavirus.

Several Virgin employees anonymously told The Courier Mail experienced staff in the international team will be made redundant while overseas flights are grounded indefinitely.

The airline announced a major restructure last Wednesday as new owners Bain Capital try to save the service as it struggles with billions of dollars in debt.

PICTURED: Virgin Australia aircraft parked at Brisbane Airport during the coronavirus pandemic as the airline considers cutting up to 3000 jobs

The latest round of cuts comes as Virgin cut nearly a third of its workforce, up to 3,000 roles, and dissolve budget airline Tigerair as the industry copes with major travel restrictions.

Operations and corporate roles are most like to go but the airline said it is considering voluntary redundancy, redeployment, leave without pay and flexible work arrangements.

Virgin Australia said the losses would ‘secure the employment of its remaining 6,000 workers, with the opportunity to expand the workforce to 8,000 when the market recovers’.

Workers in the international division have been left confused by internal discussions over which positions are being made redundant.

The anonymous employee said: ‘There was an expectation that we would be transferred back to domestic and that redundancies would be made based on length of service.’

They also asked why Virgin was allowed to accept $200m from the Queensland Government while slashing roles from the state.

A Virgin Australia spokesperson said it is still speaking with workers and unions to try and find redeployment opportunities. 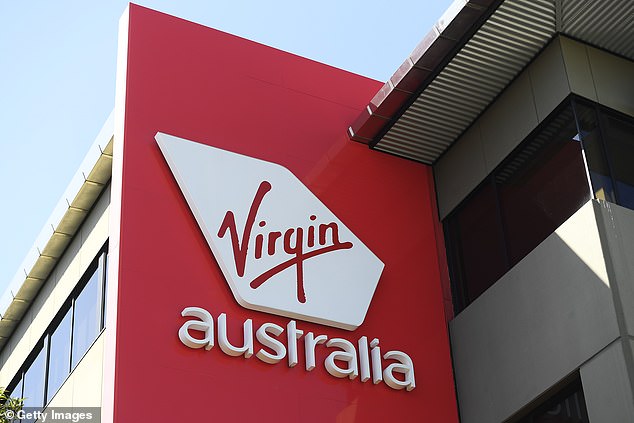 The airline announced a major restructure on Wednesday as new owners Bain Capital try to save the service as it struggles with billions of dollars in debt.

‘Despite the international workers’ roles being redundant, it did not automatically mean they would exit the airline.’

The airline has been struggling under billions of dollars worth of debt due to coronavirus travel restrictions and passenger demand is expected to take at least three years to return to pre-COVID-19 levels.

When CEO Paul Scurrah announced the restructure he said Australian airports are ‘ recording passenger numbers less than three per cent of last year.’