A Virginia couple has been charged after the girlfriend’s two-year-old daughter was found burned to death.

Shelby Love, 23, and John Tucker Hardee, 33, were both taken into custody on Tuesday after police found the girl unresponsive at the home in Bay View.

They were called there at 3.40am by someone who reported the child being unresponsive.

The girl, whose name has not been released, was pronounced dead in hospital a short while later. 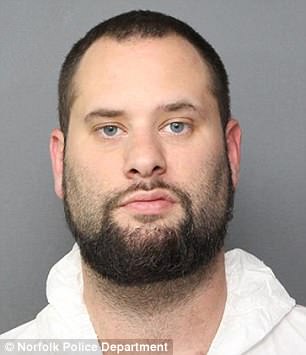 Shelby Love, 23, and John Tucker Hardee, 33, have been charged with felony child abuse and neglect and are being held without bond 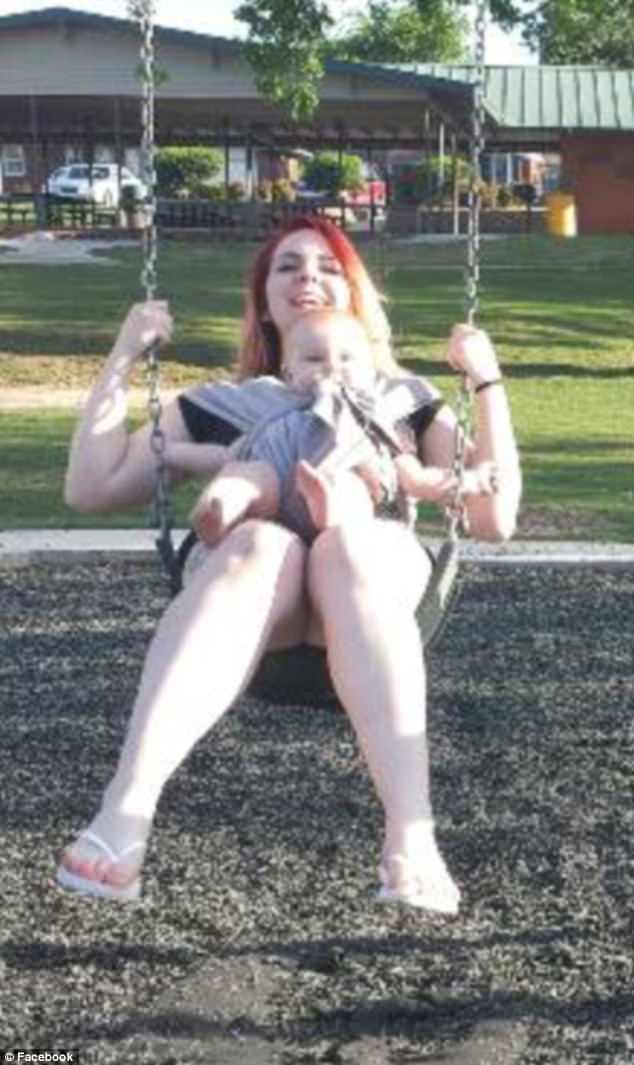 The baby was born in September 2015, according to Love’s social media. She is pictured with her mother in 2016. Her name has not been released by police

Police have given scarce details about how she was found or the extent of her injuries.

They have not suggested how she was burned.

On Wednesday, Love and Hardee appeared in court to be charged with felony child abuse and neglect.

Neither has been granted bond. They will return to court on Monday.

It is not known how long they have been together or if Love has any other children. 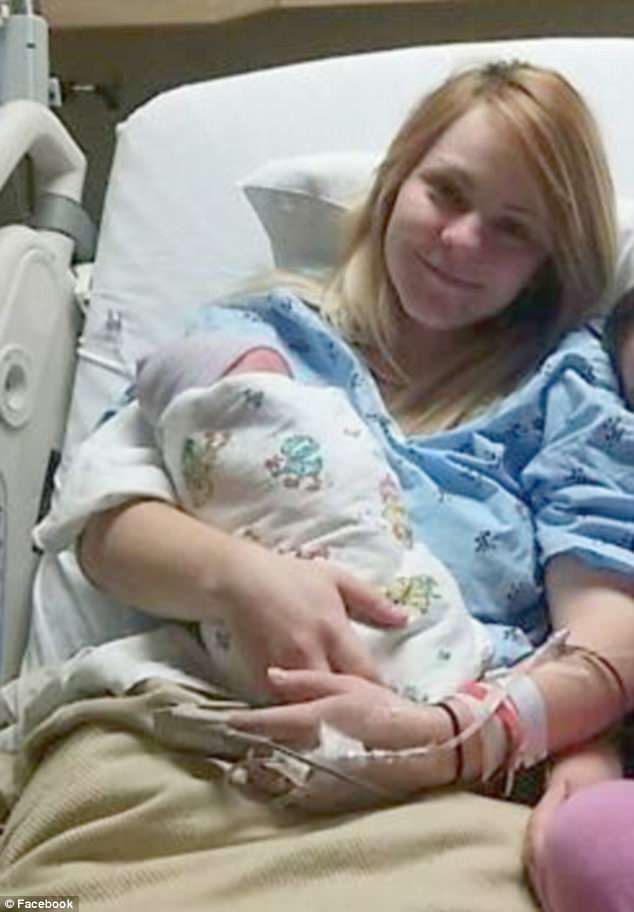 Love has at least one other daughter. She proudly shared photographs of her baby after her birth in 2015 and for the first six months or so of her life but suddenly stopped around the time she met convicted child beater Hardee 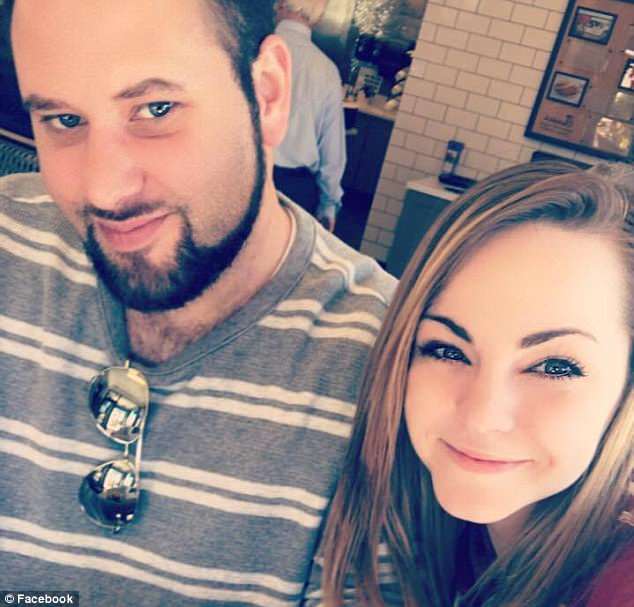 It is not known how long the pair have been together. Hardee has his own children from a previous relationship and spent time in jail after beating one of his sons in 2013

Hardee previously spent three years in jail for beating his own son. 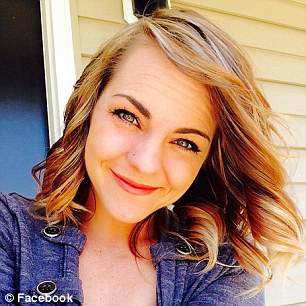 Love, 23, moved to Norfolk, Virginia, in the last year

The boy was taken to police by a different girlfriend in 2013 with bruises all over his body and a skull fracture, The Virginian Pilot reports.

The girlfriend said he had also strangled her.

It later emerged that he hit the boy because he had spilled his drink and eaten dog food.

He also has a previous conviction for cocaine possession and was charged last year with assaulting a woman who claimed he grabbed her by the throat when she tried to end their affair.

A protective order was given but he was never convicted in that case.

Hardee and Love will return to court on Monday. 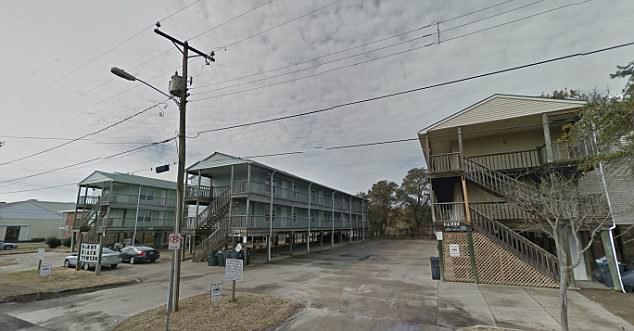 The girl was found in one of these buildings in Bay View, Virginia, on Tuesday at 3.40am after emergency services were called. It is not known if her mother of Hardee called 911. 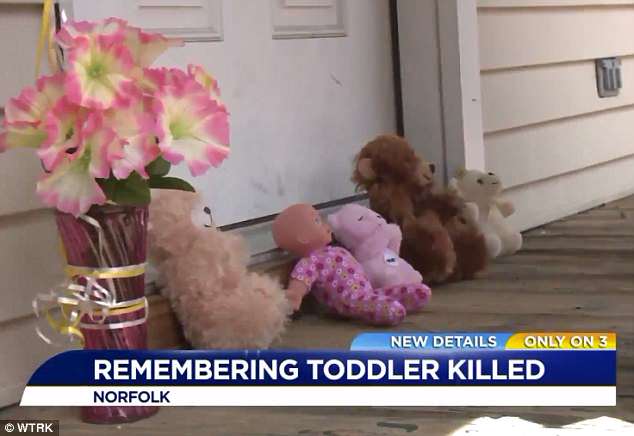 Tributes to the little girl were left outside the home after her death. Her name has not been released 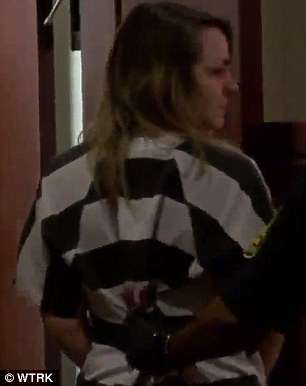 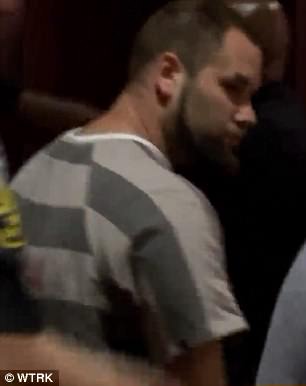 Love and Hardee appeared in court on Wednesday. Both are being held without bond and will return to face the judge on Monday