The life of a teenager suffering from a deadly infection has been saved thanks to a revolutionary treatment using a cocktail of viruses.

Her skin was covered in lesions and her liver began to fail, she lost weight and could barely breathe.

But last May her life was saved by an experimental treatment called phage therapy.

Phages are natural viruses which can kill bacteria and doctors are considering using them as a potential treatment for superbugs when all others fail.

Isabelle Carnell-Holdaway received a double lung transplant aged 17 to treat cystic fibrosis. She is pictured with her mother Jo

Professor Hatfull searched his collection of 15,000 phages to find three that could attack the superbug – Mycobacterium abscessus, related to tuberculosis – affecting Isabelle.

Once identified, the phages were altered to make them more effective.

A billion phages were infused into Isabelle’s bloodstream twice a day in June 2018, and they were also dabbed on to her skin lesions.

Within 72 hours, her sores began to dry and, after six weeks of intravenous treatment every 12 hours, the infection was all but gone.

Professor Hatfull told National Public Radio in the US: ‘It’s kind of a scary thing to go in and administer a treatment like this for which we’re completely on new ground.

‘Using genetic approaches with genome engineering, we were able to assemble this collection of three phages that we could then combine in a cocktail to use for treatment. They not only infect, but kill efficiently.’ 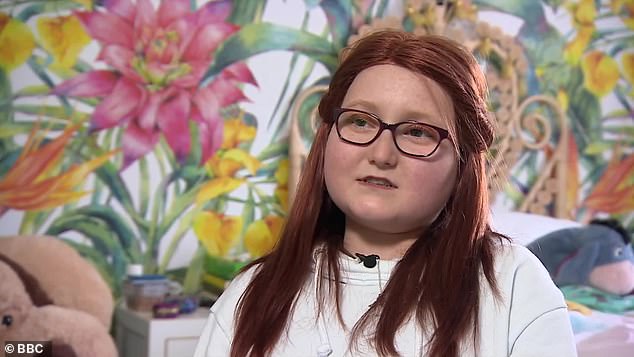 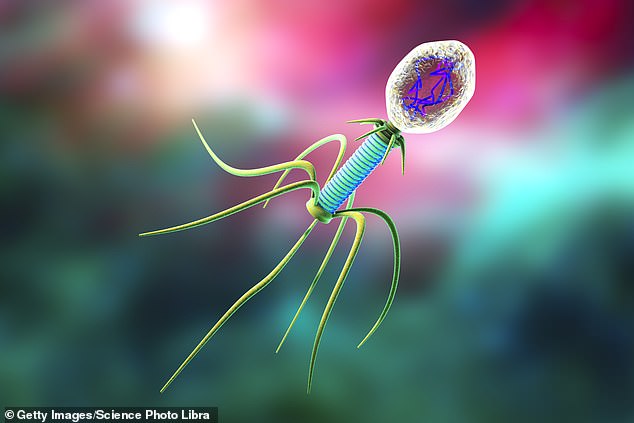 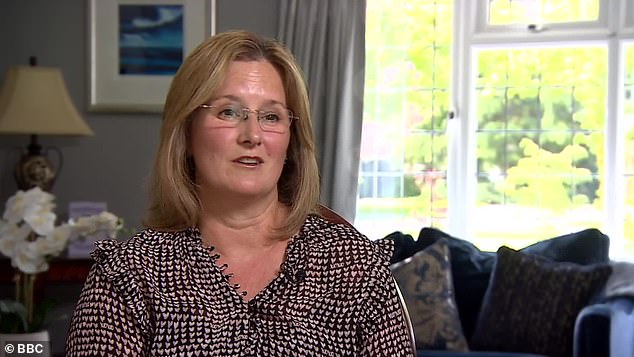 HOW DOES PHAGE THERAPY WORK?

Phage therapy is a kind of medical treatment which uses viruses instead of antibiotics to stop bacterial.

The therapy uses a type of virus called bacteriophages. These are tiny, ultra-specific viruses which can only reproduce in and destroy certain bacteria.

Different phages are specific to different types of bacteria, meaning scientists can effectively build up banks of the viruses to protect against a wide range of bacterial infections.

Viruses thrive by attaching to another living cell, injecting its genetic material into that cell and using up its energy to create more viruses, destroying the cell – in this case, infection-causing bacteria – in the process.

Phage therapy may be more effective than antibiotics because the viruses will only gather around the site of an infection with the type of bacteria it is specific to, meaning it won’t interact with other bacteria, which can cause drug resistance.

And because phages can only interact with one type or a narrow range of bacteria it is less likely to disrupt other, healthy processes in the body.

It is also much quicker to find new phages if a bacteria becomes resistant to them – the process can take weeks, compared to months or years for new antibiotics.

Now Isabelle is still receiving the treatment, but has returned to school, and is learning to drive.

She passed her GCSE in maths, is studying A-levels and enjoys baking and gardening.

Isabelle’s consultant at Great Ormond Street in London, Dr Helen Spencer, said: ‘It hasn’t cured her – and I think it’s important to be clear about that.

‘But she’s alive, which is pretty extraordinary.’

She added: ‘It’s amazing really, but also tinged with sadness when I think of all the patients that did not survive as the treatment was not available in time for them.’

Mrs Carnell-Holdaway told BBC News: ‘When we left hospital, she literally looked like a skeleton with skin on, she was so poorly.

‘It was absolutely incredible the effect the phage had on her. She’s got back her own life, the life of a 17-year-old girl.’

Professor Martha Clokie, a phage researcher at the University of Leicester, also told the BBC: ‘I think that this work is enormously exciting.

‘It shows how bacteriophages can be successfully developed as therapeutics even in very difficult circumstances where bacteria are resistant to many antibiotics and the bacteria are difficult to treat.

‘I think it will pave the way for other such studies and help with getting the necessary trials carried out on bacteriophages so that they can be used more widely to treat humans.’

In the journal Nature Medicine, where the research was outlined, the authors write: ‘To our knowledge, this is the first therapeutic use of phages for a human mycobacterial infection, and the first use of engineered phages.’