The top visitor attractions in England have been revealed by VisitEngland as part of its 2018 Attractions Accolades.

In total, 76 attractions including museums, galleries, farm attractions, and churches, have been highlighted following an in-depth annual assessment by expert judges.

From an aquarium in Southend-on-Sea putting on a warm welcome to a ruined abbey in Norfolk offering delicious homemade cake, scroll down to see the best sights in the land…

In the East of England six tourist attractions were honoured by VisitEngland. Above, the King Richard III Visitor Centre, which was recognised for ‘unique storytelling’

In the east of England, six tourist attractions were honoured by VisitEngland.

Among the winners was the D. H. Lawrence Birthplace Museum in Nottingham, which was applauded for offering visitors a ‘warm welcome’. The authentically restored miner’s cottage, where the author was born, includes a gift shop and museum with exhibits on the surrounding countryside, which inspired his work.

Meanwhile, the King Richard III Visitor Centre and the National Space Centre, both in Leicester, were recognised for the ‘unique’ ways they communicate stories through exhibitions and displays. 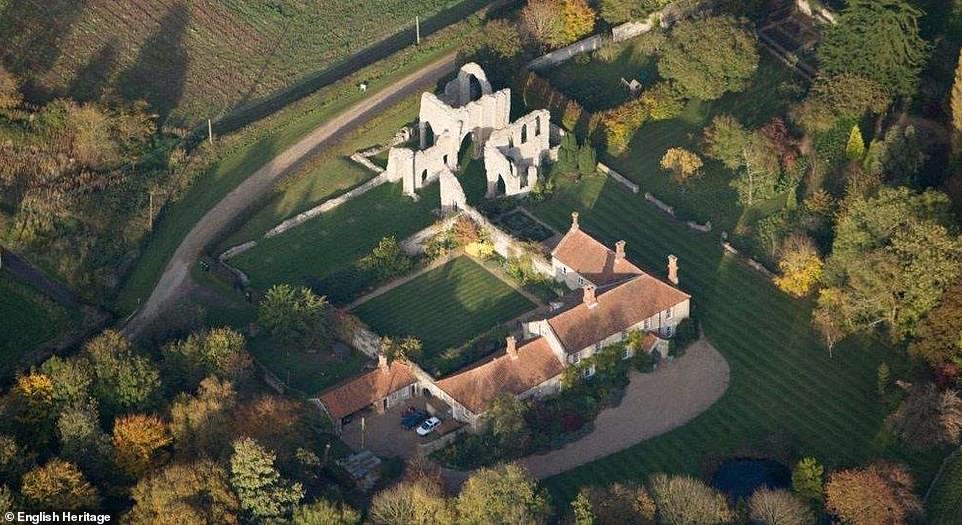 In the east of England, 12 attractions were recognised by the VisitEngland judges.

Chilford Hall Vineyard in Cambridge – one of the oldest established vineyards in England – was praised for the way it details its wine-making story.

Meanwhile, the ruins of Creake Abbey in Fakenham, Norfolk, got the thumbs up for its food and drink offering and the Sea Life Adventure aquarium in Southend-on-Sea was praised for giving guests a ‘warm welcome’. 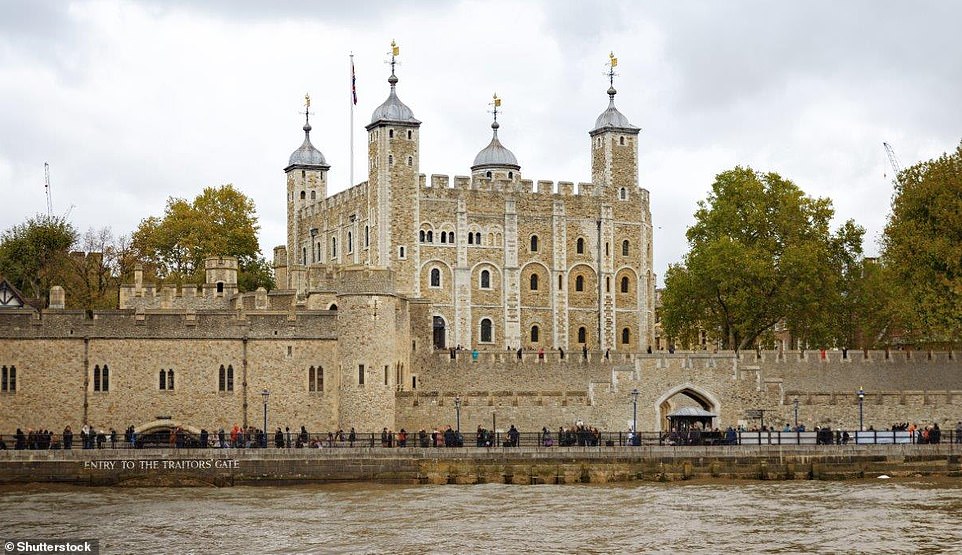 There’s lots to see in London but after much debate, the VisitEngland judges selected three of the city’s must-see sights. The Tower of London (pictured) got a gold award for offering visitors an all-round top notch experience

There’s lots to see in London but after much debate, the VisitEngland judges selected three of the city’s must-see sights.

The Tower of London and Tower Bridge Exhibition both got ‘gold’ awards for offering visitors an all-round top notch experience.

Meanwhile, the Infrastructure Learning Hub launched by the Institution of Civil Engineers was honoured for the ‘best told story’. The centre is described as being ‘for anyone who wants to explore engineering projects that have changed the world and innovations that will shape our future’. 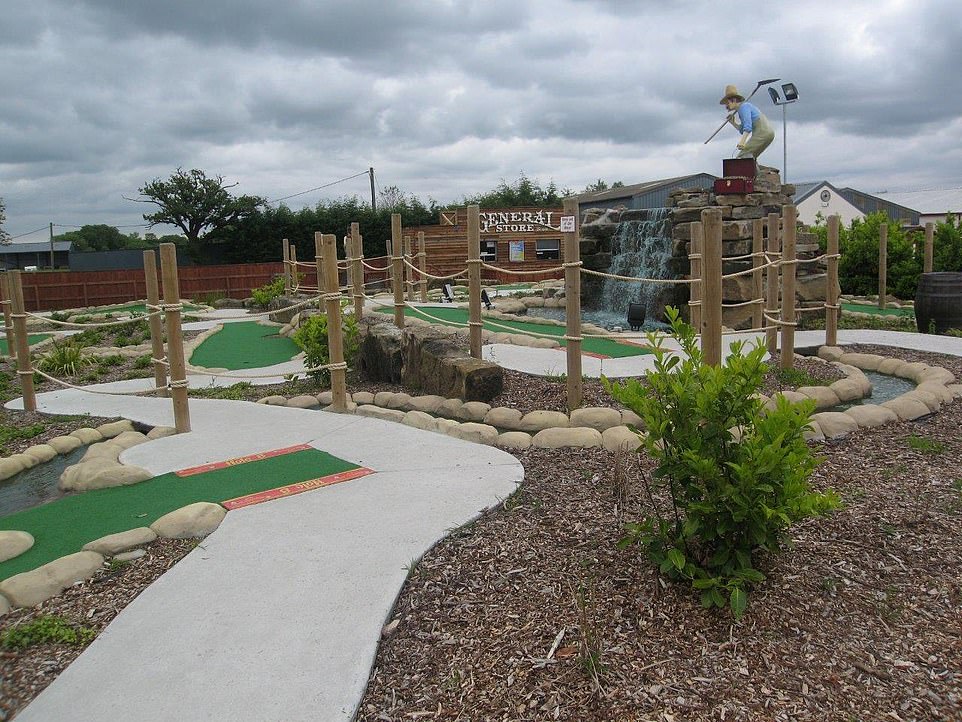 The Adventure Valley family adventure park (pictured) and Hall Hill Farm, both in Durham, were praised for offering visitors a warm welcome

The Adventure Valley family adventure park and Hall Hill Farm, both in Durham, were praised for offering visitors of all ages a ‘warm welcome’.

The Head of Steam, formerly known as the Darlington Railway Centre and Museum, was also highlighted for the same reason. The attraction, which is located in North Road Station on the 1825 route of the Stockton & Darlington Railway, was the world’s first steam-worked public railway. 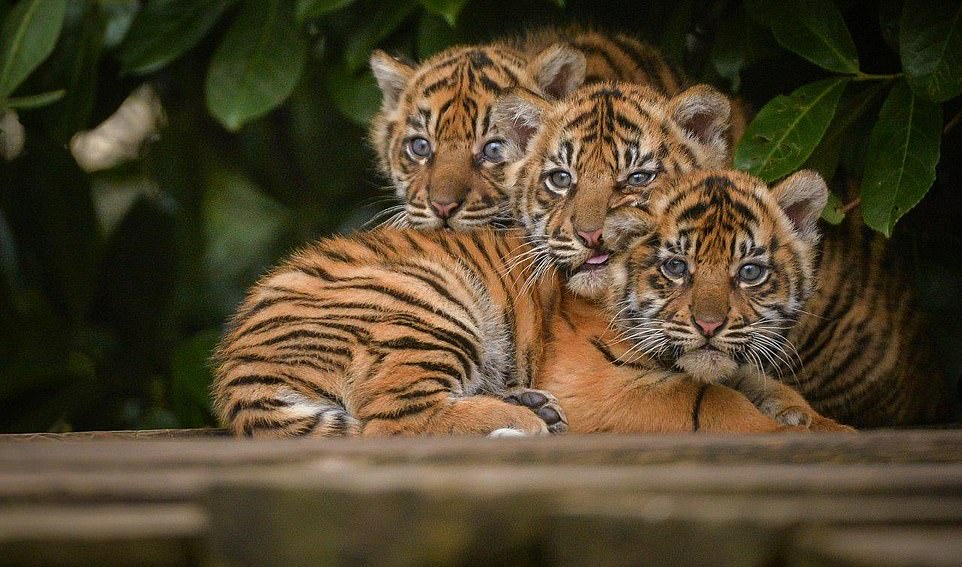 Chester Zoo bagged a coveted gold award, with it offering educational fun for all the family

Chester Zoo bagged a coveted ‘gold’ award, with it offering educational fun for all the family. It is home to all kinds of animals, from penguins to gorillas to painted dogs.

Burrowing underground, the Mersey Tunnel Tours in Liverpool got an award for its insightful tour, while the RSPB Dee Estuary nature reserve received top marks for its ‘warm welcome’. 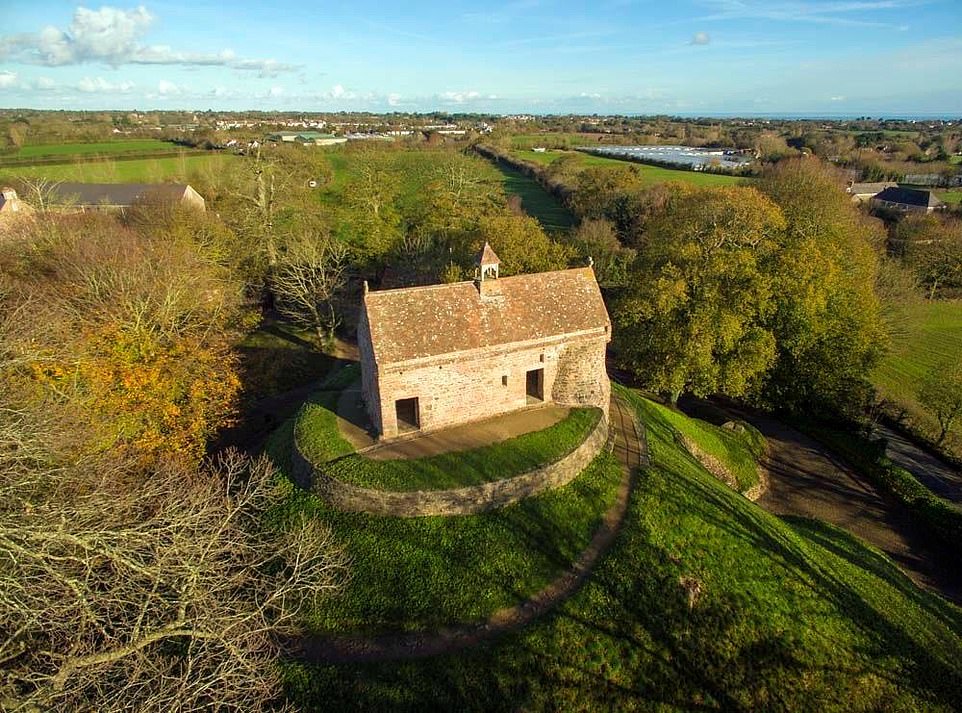 The La Hougue Bie Museum in Grouville, Jersey, which was one of three spots on the Channel Islands to be recognised by VisitEngland

There were three spots on the Channel Islands that caught the judges’ attention.

Hamptonne Country Life Museum in St Lawrence won the ‘hidden gem’ award, with the quaint attraction offering an ‘insight into the rural life carried on in Jersey for centuries’.

La Hougue Bie Museum, Grouville, Jersey, which is one of the oldest buildings in the world, was honoured in the same category, while the Jersey Museum & Art Gallery in St Helier, which charts the history of Jersey, won a ‘gold’ award. 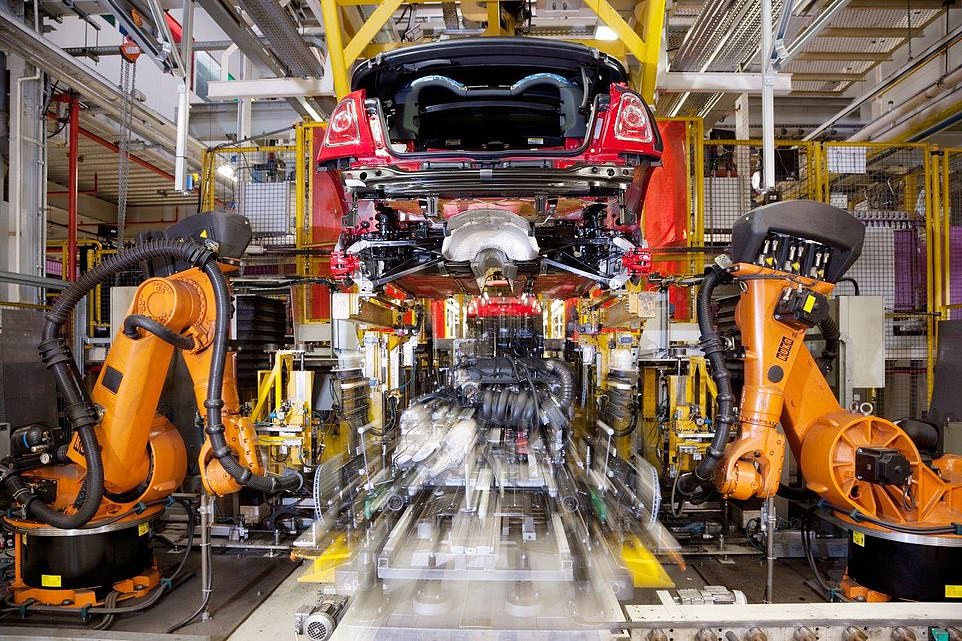 A Mini is assembled on the production line at the Mini plant in Oxford, which won an award for best told story

A total of 12 tourist attractions in the South East of England won praise from the VisitEngland judges.

One of them was the Mini plant in Oxford, which won an award for best told story. The attraction takes visitors behind the scenes at the factory where the iconic cars are assembled. 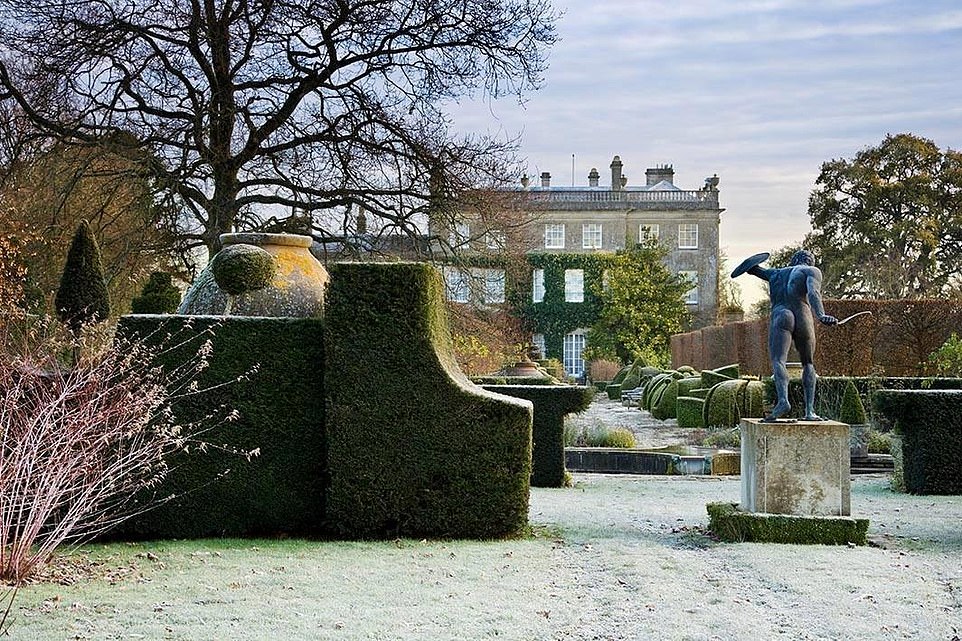 One of the picturesque gardens on the Highgrove estate, which was named as having won a gold award by VisitEngland

In the South West region, seven different attractions were recognised across a series of categories.

Highgrove Gardens in Tetbury, which is owned by the Prince of Wales and Duchess of Cornwall, was named as having won a ‘gold’ award.

Other winners were the Plymouth Gin Distillery, which offers tours of its facility and was honoured for ‘quality food and drink’, and the Victoria Art Gallery in Bath, which won a ‘best told story’ gong. 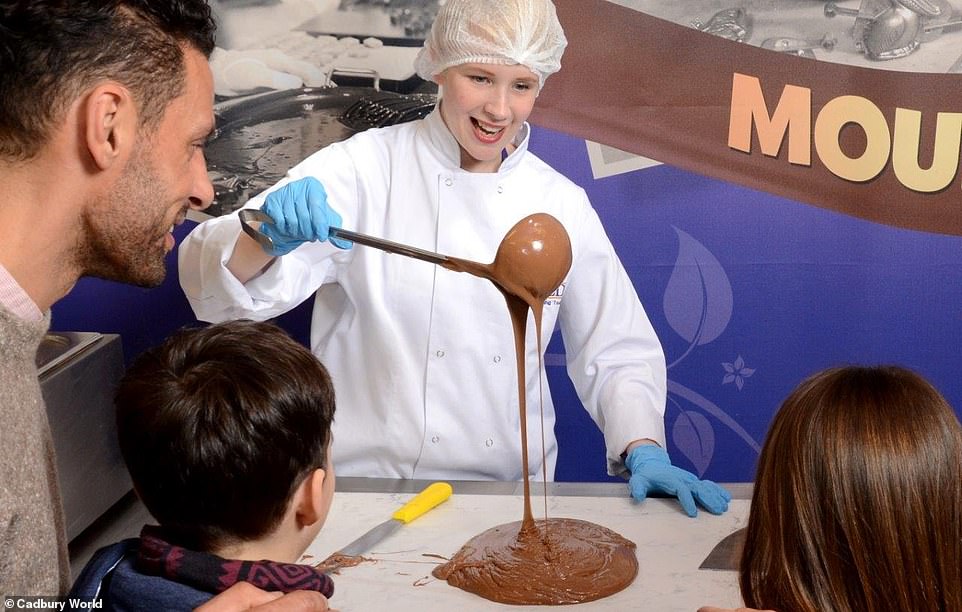 Cadbury World in Birmingham satisfied the judges’ appetite for all-round fun, and scored a gold award

In the West Midlands, 16 attractions won awards, revealing that this region is a top spot to hit if you’re looking for something to do.

The 17th century Aston Hall mansion in Birmingham won a ‘best told story’ award along with the Emma Bridgewater pottery factory in Stoke-on-Trent.

Meanwhile, Cadbury World in Birmingham satisfied the judges’ appetite for all-round fun, with factory tours and chocolate tastings on offer, and scored a ‘gold’ award. 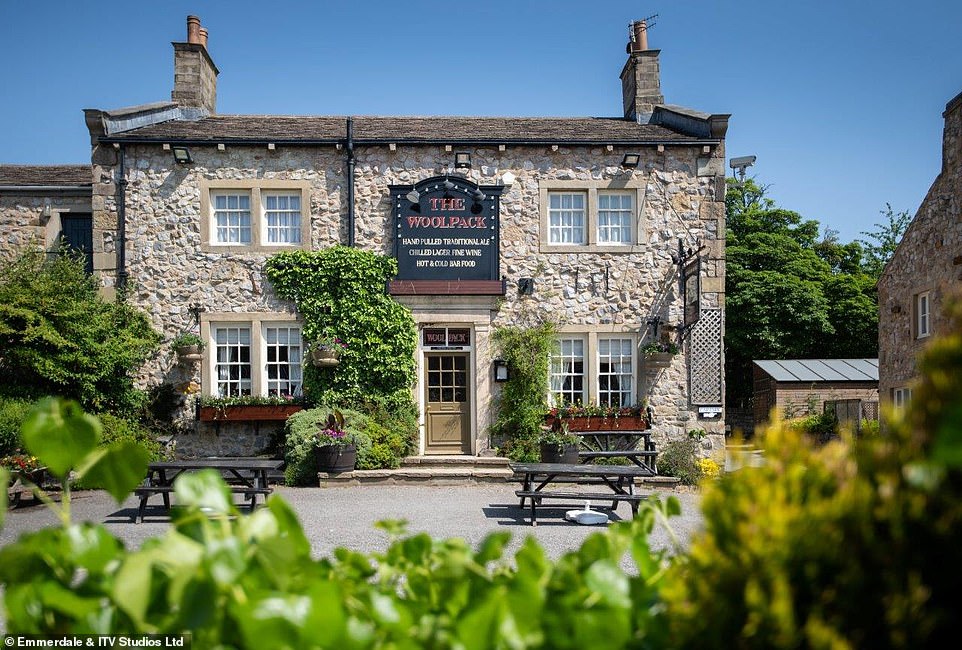 The Emmerdale Village Tour in Leeds was lauded for its story-telling capability, leading visitors in the footsteps of Yorkshire’s best loved soap-stars

The Captain Cook Memorial Museum in Whitby, which is housed within a 17th century building where the young James Cook lodged as apprentice, sailed home with a ‘gold’ gong.

Meanwhile, the RSPB Blacktoft Sands Nature Reserve flew on to the leader board with judges deeming it a ‘hidden gem’ and the Emmerdale Village Tour in Leeds was lauded for its story-telling capability, leading visitors in the footsteps of Yorkshire’s best loved soap-stars.

Designed to celebrate excellence within the visitor attraction sector, VisitEngland’s Accolades showcase businesses that ‘go the extra mile to provide a high quality day out’. Accolades were given for the following categories: Welcome, Best Told Story, Quality Food & Drink, Hidden Gem and Gold.