Situated on Museumplein in Amsterdam’s Museum Quarter, the stately Rijksmuseum is the national museum of the Netherlands. Dedicated to art and history, the institution is best known for its collections of Dutch Golden Age paintings, though its archive of over a million objects spans more than eight centuries, running from 1200 to the present day. In 2013 the museum was reborn after an all-encompassing, decade-long refurbishment, which saw every facet of the 1885 building’s exterior and interior restored to its former splendour. Today the museum is the most visited in the Netherlands, and attracts almost 2.5 million visitors per year.

The facade of the Rijksmuseum, featured prominently on Museumplein

The Rijksmuseum is open from 09:00 – 17:00 every day of the year, including Christmas Day and Boxing Day, and the standard entrance fee is €17.50 for adults. It’s an extremely popular attraction, so if you can, purchasing advance tickets online to avoid the queues. If you don’t have a ticket you can still enter the Rijksmuseum gardens, museum shop and café free of charge. They’re open from 09:00 – 18:00 daily.

To reach the museum, take the no. 2 or 16 tram from Centraal Station to the Rijksmuseum tram stop. You can also take the no. 5 tram from Zuid Station, or the no. 12 tram to Museumplein tram stop from Sloterdijk and Amstel Stations. There are also buses and trams from the regional Marnixstraat bus station, and a direct bus from Schiphol Amsterdam Airport. Those arriving by car should note there is limited paid parking in the immediate surrounding area. 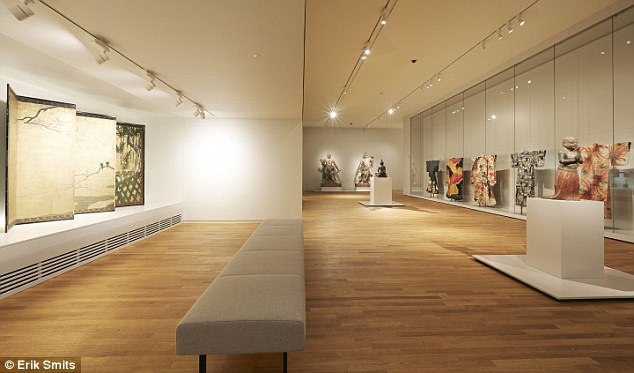 A brief history of the Rijksmuseum

Originally located in The Hague, the collections that would eventually form the Rijksmuseum moved to Amsterdam in 1808, where they were housed in several different buildings before moving to a dedicated national museum in 1885. The splendid Pierre Cuypers-designed building took nine years to complete, though its blend of Renaissance and Gothic styles were initially ill-received.

Over time, more rooms were added to house the ever-growing collections, and in the mid-20th century two of the original courtyards were converted into yet more gallery space. The first signs of strain appeared towards the later half of the 20th century, when it became apparent that increasing numbers of visitors were taking their toll on the building. Eventually, after years of debate, the original Cuypers structure was comprehensively modernised, including the removal of previous additions like the covering over of the courtyards.

Most importantly, the visitor experience is now thoroughly transformed. Paintings, ceramics, sculptures and other applied arts used to be housed in their own separate areas, but are now laid out chronologically by century, regardless of artistic category. This new approach contributes to a far greater appreciation of Dutch history in context, and is said to have influenced other museum renovation projects around the world. 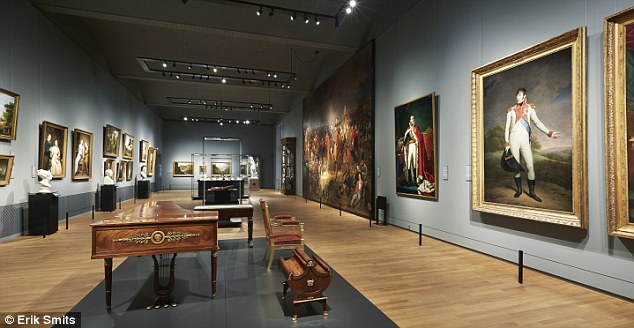 The illustrious collections of Dutch Golden Age paintings are many visitors’ primary reason for visiting the Rijksmuseum. Hung in its own room, Rembrandt’s The Night Watch is perhaps the single most famous artwork in the entire museum, but there are numerous other Golden Age masterpieces on display including works by Vermeer, Pieter de Hooch, Jan Steen and Franz Hals.

Highlights include Vermeer’s The Milkmaid, Floris van Dyck’s Still Life with Cheese, and Jan Steen’s The Merry Family. Of course, the Golden Age encompassed more than just painting, and the collections also showcase other applied arts such as tin-glazed earthenware, model warships, weapons and sculpture, as well as many historic objects from the period.

The Rijksmuseum also contains notable collections of Western European paintings and sculpture, along with an extensive decorative arts archive that includes a superlative selection of Delftware. The ceramics and silverware collections are also particularly strong, and there are perfectly proportioned doll’s houses decorated with authentically made furnishings and accessories. In addition, an impressive and substantial print collection is housed in the Print Room, including more than half a million engravings, lithographs, etchings, woodcuts and examples of graphic design. Highlights include works by Japanese printmaker Hokusai, as well as sub-collections of topography, bookplates, decorative paper and artists’ letters.

The recently renovated Philips Wing – a reinvention of an extension to the original building – houses high-profile exhibitions from the museum’s own collection, as well as artworks on loan from other international and national collections. One room in the wing is permanently given over to photography exhibitions, while a Chinese lacquer room is decorated with Oriental objects brought back from the Far East by Dutch merchant ships. Highlights include porcelain, exquisite lacquer works, coromandel panels and furnishings made from ebony and other prized woods.