Vladimir Putin worked for the STASI: Russian leader’s East German secret police identity card which helped him recruit agents ‘is found in archives’ decades after the KGB officer was based in Dresden

Vladimir Putin (pictured in his KGB uniform in the 1980s) worked for the East German secret police, it was revealed today

Vladimir Putin worked for the East German secret police, it was revealed today.

The Russian President was a KGB agent in Dresden, East Germany in the late 1980s.

He was also given an identity card by the KGB’s East German partner agency, the Stasi, in 1985 when he was 33.

The ID would have allowed Putin to enter and leave Stasi offices unhindered, meaning he could recruit agents without needing to say he worked for the KGB.

German newspaper Bild today printed a photo of the card issued to Major Vladimir Putin. It was signed and validated with stamps every quarter until the end of 1989.

The document was found in the Dresden Stasi office’s files on ‘cadres and education.’

Konrad Felber, who heads the Dresden branch of the authority overseeing the Stasi archives, told Bild: ‘It was hitherto completely unknown that Putin, who worked until 1990 as a KGB agent in Dresden, also had a Stasi passport because he’s not listed in the file containing service cards issued to Soviet military personnel.’

Putin was a KGB foreign intelligence officer for 16 years, rising to the rank of Lieutenant Colonel before resigning in 1991 to enter politics in Saint Petersburg.

He spent five years in Dresden, where he lived with his now-divorced wife Lyudmila Putina. Their second child was born there in 1986.

Explaining the revelation today, Russian presidential spokesman Dmitry Peskov said: ‘My guess is that in the Soviet era the KGB and Stasi were partners and for this reason one should not rule out they might exchange identification papers and passes.’ 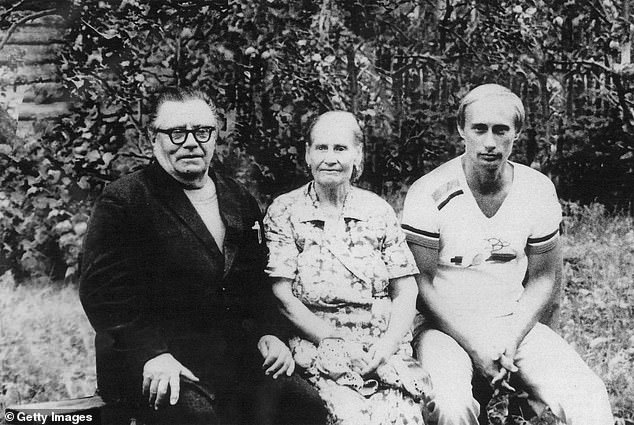 Putin (pictured with his parents in 1985) was a KGB foreign intelligence officer for 16 years, rising to the rank of Lieutenant Colonel before resigning in 1991 to enter politics 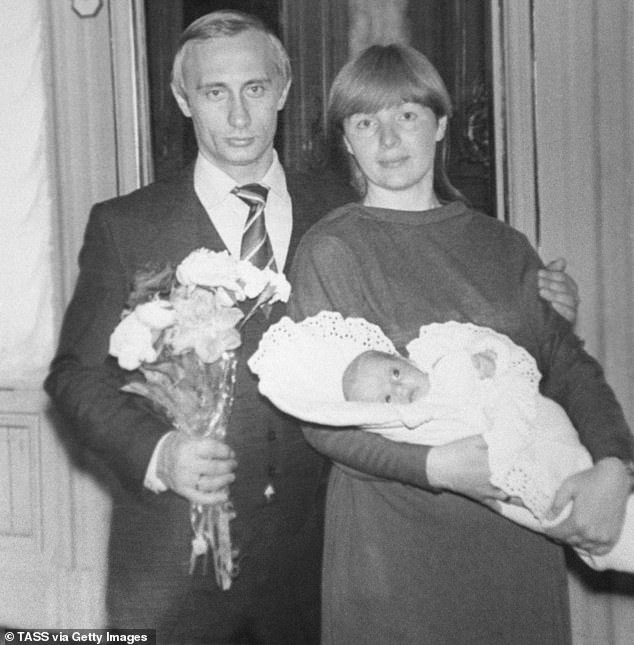 He spent five years in Dresden, where he lived with his now-divorced wife Lyudmila Putina (pictured together in Dresden). Their second child was born there in 1986

The State Security Service, known as the Stasi, was the official security service of the German Democratic Republic (East Germany) and worked closely with the KGB.

It has been described as one of the most effective and repressive intelligence and secret police agencies ever to have existed.

Putin remembers his time in Dresden fondly. He speaks German with Chancellor Angela Merkel, who occasionally sends him local beer. 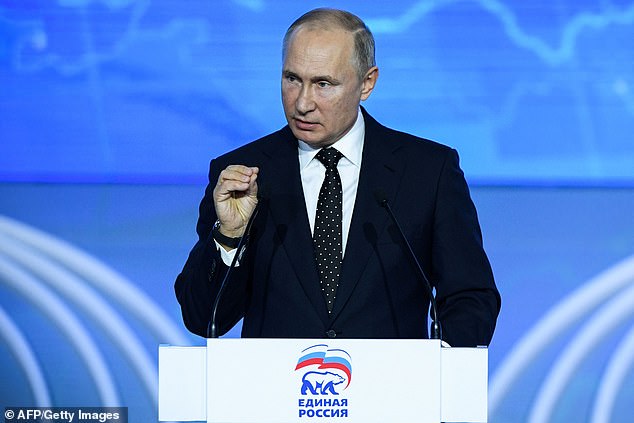