Vladimir Putin’s number one Australian fan has been spotted speaking at a ‘freedom’ rally outside the Prime Minister’s Sydney residence, Kirribilli House.

The self proclaimed ‘freedom fighter’, Simeon Boikov, was surrounded by anti-vaxxers and fellow pro-Russia supporters, alongside wife Ekaterina Olshannikova on Saturday.

Mr Boikov smiled for photos with an Australian flag draped across his back and spoke through a microphone to fellow protesters while he stood on the back of a ute.

An entourage of two men also stood behind him waving Russian flags.

He has previously campaigned against pandemic lockdowns and against mandated Covid vaccinations.

The self proclaimed ‘freedom fighter’, Simeon Boikov, was surrounded by anti-vaxxers and fellow pro-Russia supporters, alongside wife Ekaterina Olshannikova on Saturday 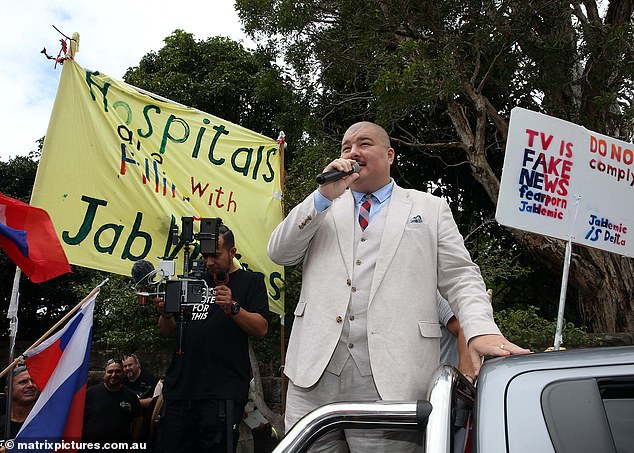 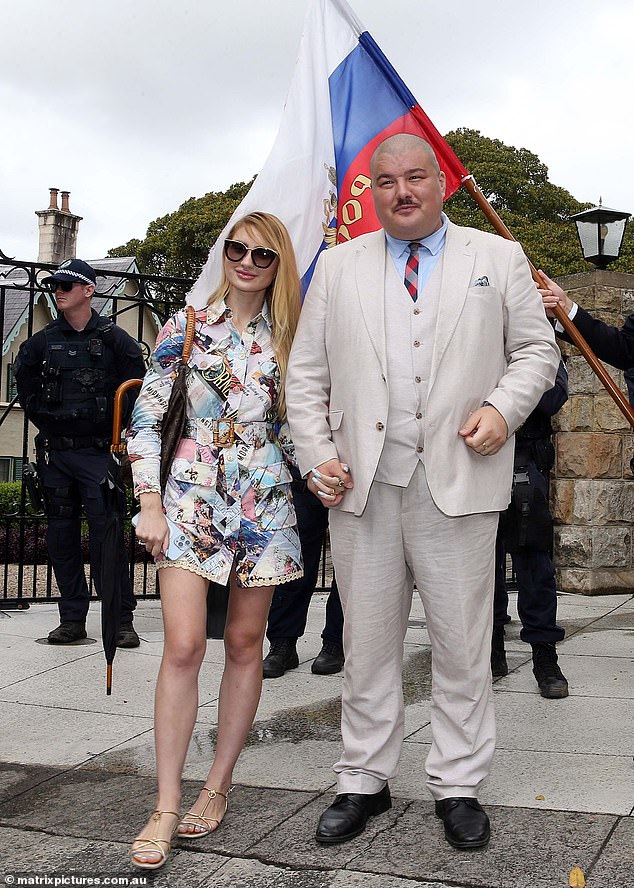 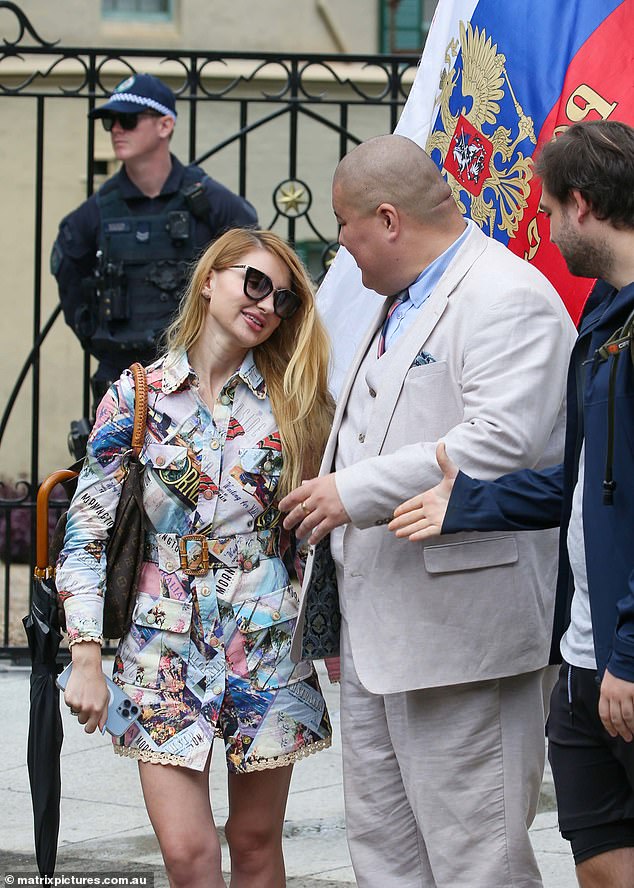 Bizarrely he and his wife appeared to be in good spirits with Ms Olshannikova resting her head on his shoulder and the pair holding hands, despite the revelation he had an apprehended violence order taken out against him on behalf of his partner.

The pair had married in a traditional Orthodox ceremony last year.

On Saturday Mr Boikov hijacked the anti-vaccination protest to spread his views about the invasion of Ukraine.

‘This latest act by the West, what it is a deep state. It’s not Russia versus Ukraine. It’s Russia versus the New World Order,’ he told the crowd. 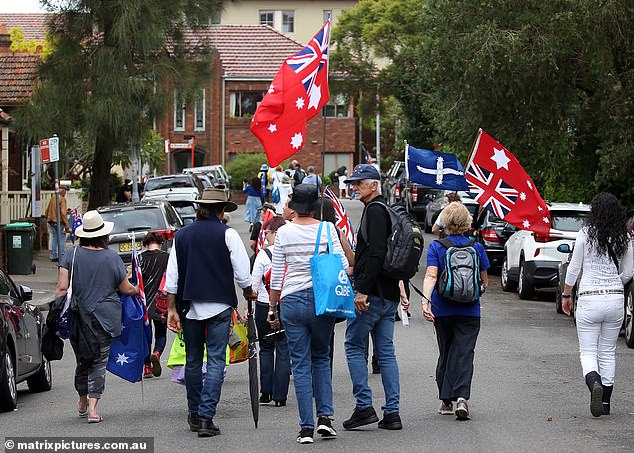 Protesters are seen at a rally outside Kirribilli House on Saturday 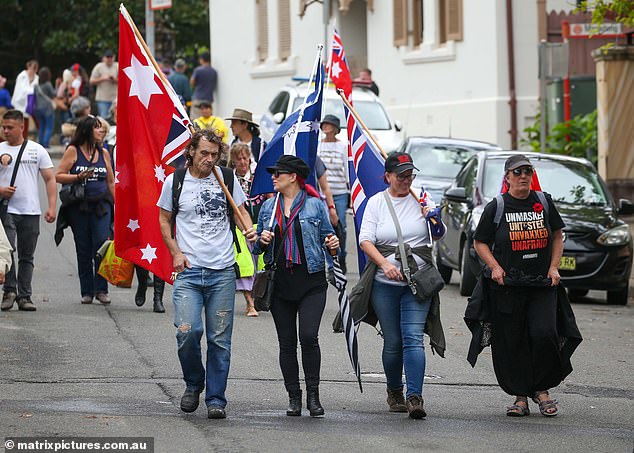 Demonstrators were out in force, protesting against vaccine mandates

NSW Police took out an AVO on behalf of Ms Olshannikova banning her estranged husband from assaulting, threatening, stalking, harassing or intimidating her.

An extra condition was that Boikov not harm ‘an animal that belongs to or is in the possession’ of his wife.

The order was taken out just two weeks before he filmed a beach trip on Australia Day with his young wife where he proudly wore a t-shirt reading ‘Aussie Cossack’ on the front and ‘Film the Police’ on the back.

But on Saturday the pair appeared happily married, as he put her arm around her and she leant on his shoulder as they posed for pictures.

Mr Boikov took the chance to claim reports about the AVO were ‘garbage’, and demanded an apology.

Behind them a line of police officers blocked entrance into Scott Morrison’s official Sydney residence as they kept a watchful eye on protesters. 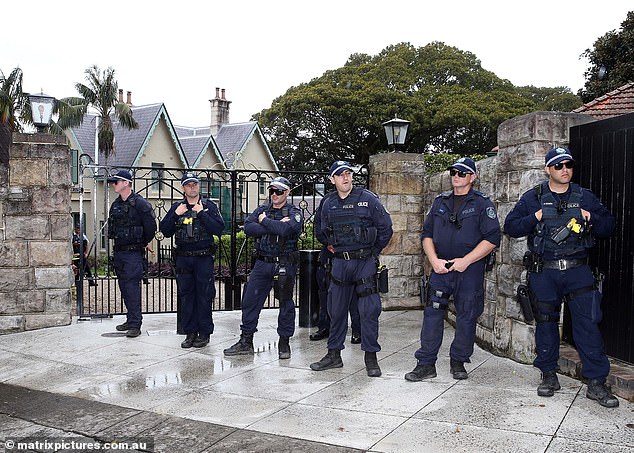 Similar protests were seen in Melbourne although with much bigger numbers

Many held handwritten signs with ‘FREEDOM’ plastered across them, as many demanded vaccine mandates be abolished.

Similar freedom rallies were seen in Adelaide, Canberra and Melbourne, in what has become a weekly ritual for many protesting against Covid vaccine mandates.

Adelaide’s CBD was filled with hundreds of protesters on Saturday with similar numbers seen in Melbourne, though participation in rallies has dwindled since the peak of the pandemic.

Mr Boikov has made headlines recently amid the violent conflict between Russia and Ukraine.

The Putin fan, who claims the Russian leader is merely ‘liberating’ not invading Ukraine, has described his wife as an even more ‘staunch’ Putin supporter than him and claimed she was ‘disgusted with the way the West’ has turned against Russia.

She and Boikov, 32, a former Sydney private schoolboy who attended elite Trinity Grammar and St Andrews Cathedral School, married in a traditional ceremony in February last year, believed to have been held at St Nicholas Russian Orthodox Church in Fairfield.

Boikov describes himself as ‘a freedom fighter’ and the self-appointed chieftain of his Aussie Cossack movement. 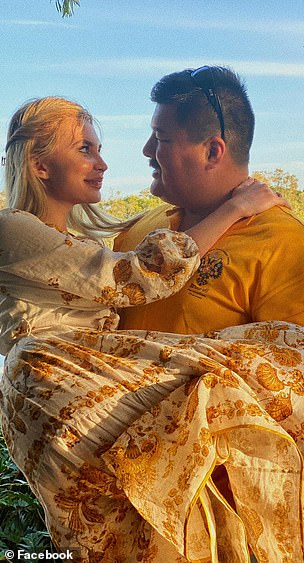 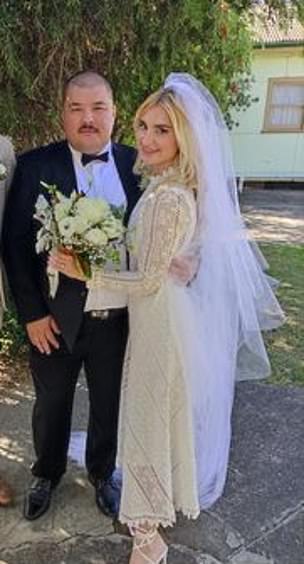 Ms Olshannikova took the AVO out against Simeon Boikov (above left, together) in January, less than a year after their marriage (right) in February 2021

Last month after Russia invaded Ukraine, Boikov declared ‘I am on war time’ and said he was spending most of his time monitoring the actions in Ukraine and posting pro-Putin content online.

He described Scott Morrison’s pledge to send Ukraine $70million to fund missiles and armaments as dangerous to Australians and said the Australian Prime Minister was ‘a complete fool’ to provoke Putin who was ‘not mucking around’. 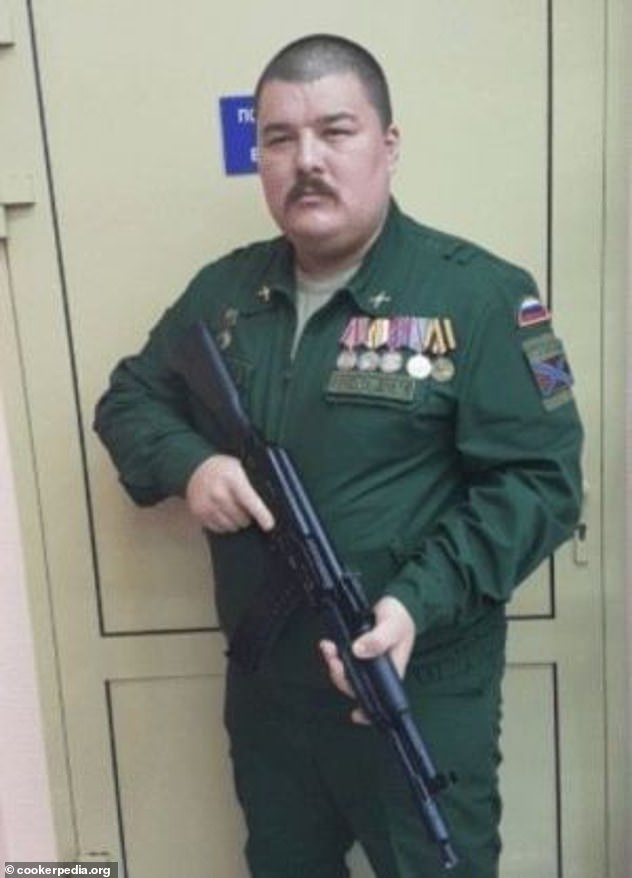 Last month after Russia invaded Ukraine, Boikov declared ‘I am on war time’ and spending most of his time monitoring the actions in Ukraine and posting pro-Putin content online